AppleTV 4 "skips" ~5s at random intervals. Anyone else? [SOLVED] 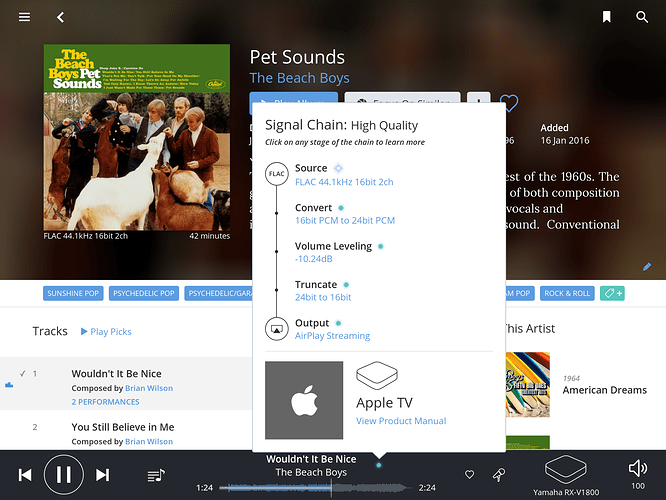 To repeat this, load the roon library set you Apple TV 4 as an enpoint, play a local track. 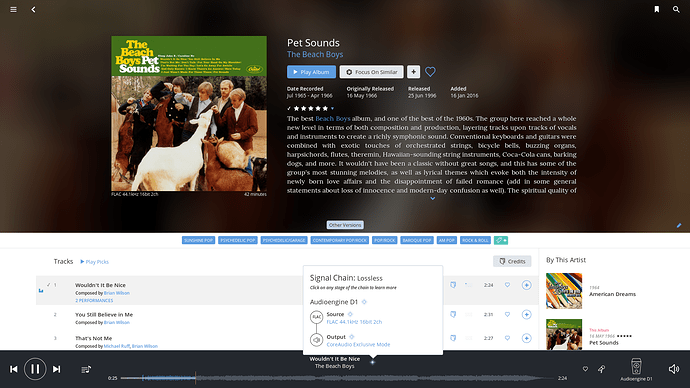 This does not happen when directly connected to the computer via USB DAC. Still, the audio timeline “scrubber” lags behind for a moment, every 5-10 seconds.

Roon and iTunes are the only applications running.

Solved… for now, rebooted Roon. I just had added about 7000 Tidal albums. Could be a small glitch in the database update? 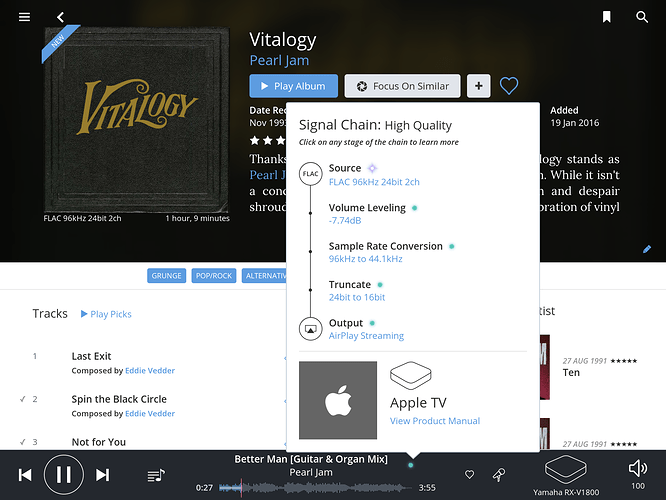 I forgot to mention that I use the iPad as a remote control.

I’ve seen this as well, only while streaming to my Denon over AirPlay. No rhyme or reason as to when it happens.

This time while importing an album to my collection from Tidal and playing at the same time.