Trying to install Roon on a Asrock Q1900 board and I’m getting an Error message regarding the OpenGL Driver. I ran the intel driver utility, updated my graphics driver and I’m still getting the message.

is your GPU OpenGL 3.0 compatible? 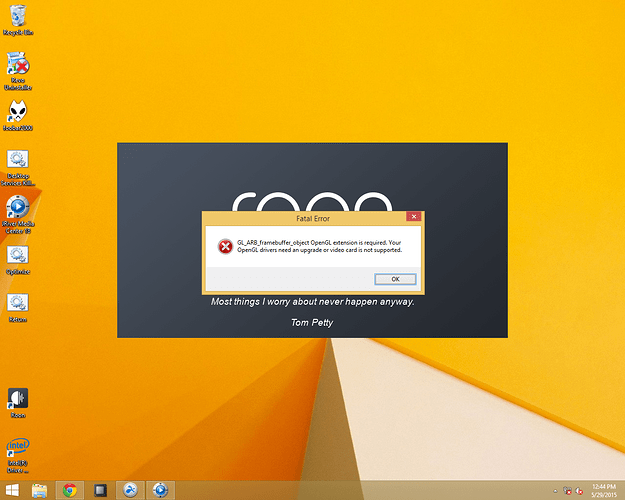 That points to opengl driver not supporting a key piece of opengl 3.0 technology we need.

Your J1900 BayTrail GPU should support it. I’m not sure how it’ll perform, but it shouldn’t complain like this.

There is a tool called OpenGL Extensions Viewer ( http://www.realtech-vr.com/glview/download.php ), which is how I usually test if the drivers are doing what they should be. Want to give it a shot?

The OpenGL standard is composed of many small “extensions”. Vendors can support however many they want to, but a “version” of OpenGL just dictates which are required.

The HD Graphics (Bay Trail) is based on the Intel Gen7 architecture, which supports DirectX 11 and is also found in the Ivy Bridge series (e.g. HD Graphics 4000). With only 4 EUs (Execution Units) and a relatively low clock speed of up 688 - 854 MHz, the GPU is even slower than the HD Graphics (Ivy Bridge). Therefore, only older and less demanding games will run fluently.

This “DirectX 11” maps roughly to OpenGL 4, so it should be fine with Roon. 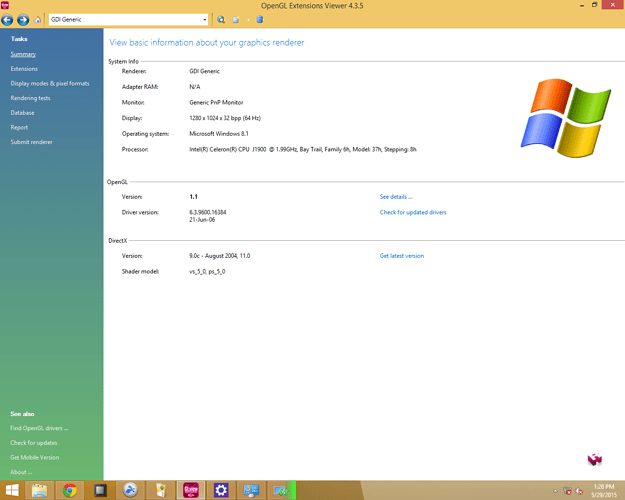 So when I click on check for updates, it takes me to a windows update screen, 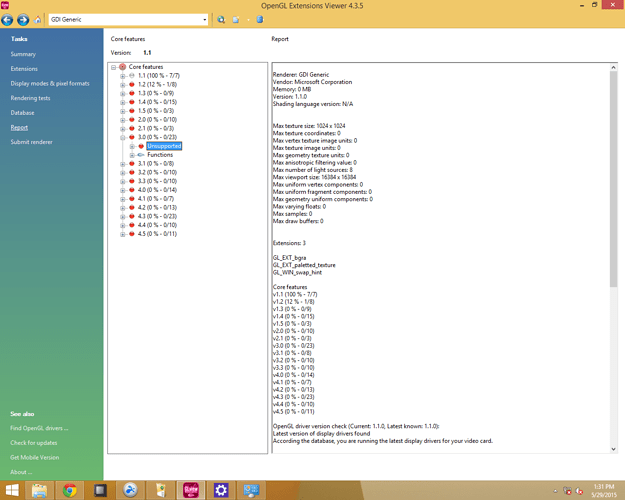 Before I waste any more of your time, I’m going to do a clean windows reinstall.

Got it fixed. Just had to find the right driver utility on the ASROCK page. That Open GL extension viewer was a life saver. You guys rock!