The P7 which has aptX decoder, does work from iTunes thru BT to P7 on W10 core desktop. With Roon, after trying several variations on DSP and other settings I have 2 zones associated associated with the P7W; one which won’t allow queueing and doesn’t play anything, and a 2nd which does play but with a periodic (on order of ~2Hz) popping noise that maybe sounds like a buffering problem. I am new user since early January 2019 and have been primarily using KEF LS50W as output device.

Update: I now have had good playback occasionally that sounds great, but it is not repeatable. It seems like changing anything in either Windows or in Roon Device Settings for P7 will fix the problem but next time problem is back. It also seems to behave differently depending on Tidal or local music source. 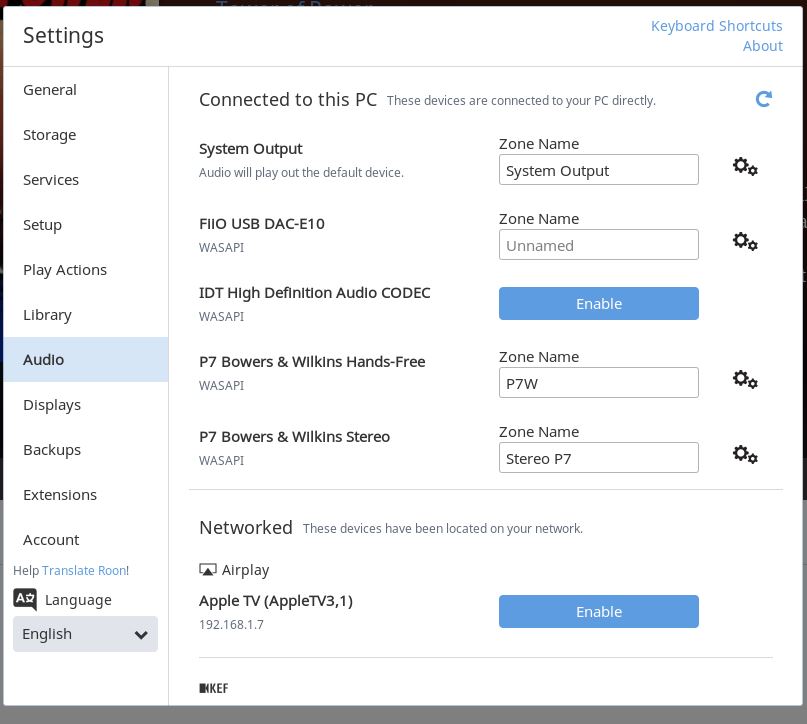 Update: BTW I am using a USB BT dongle for BT on core desktop!

You can see the 2 devices detected on core in following SS. The one that has worked a couple of times is Stereo P7. The other won’t allow anything to be added to queue. 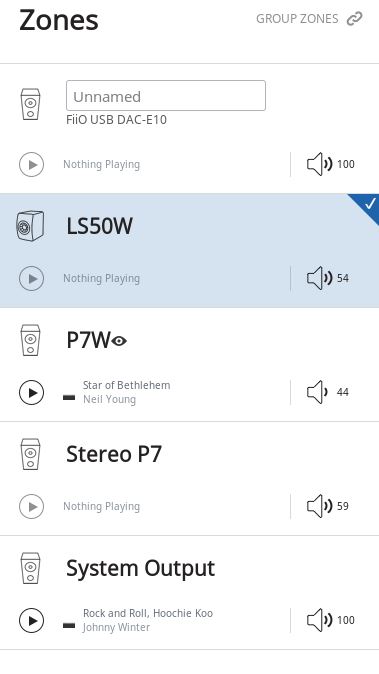 Neither Tidal or local is consistently playable without popping. On the other detected device, Tidal would not put anything in queue. For local, it would repeatedly add songs to queue and then skip them, not ever playing anything.

Thanks for contacting us regarding this issue, can you please provide a screenshot of the 2 zones you are seeing in Roon? You can post screenshots to our site by pressing the “image upload” button:

You mention that the behavior is differently depending on TIDAL or local content, which one is experiencing this behavior more? Is one method consistently playable? Does this same issue occur if your connect the P7 via analog directly to the Core?

Now, the Tidal source has worked for 2 songs in a row: 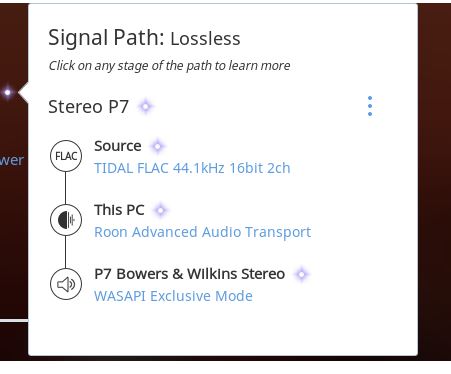 …with great quality on P7W, but next failed. On failure case there is popping but the part that is recognizable is being played too fast.

On further listening I realize that there is a sample rate miscommunication as playback sounds like at least double speed while the pops are discontinuities.

I did also try the analog P7 input through my desktop (the core) internal DAC to headphones and the an external FiiO USB DAC-E10 and both were OK although E10 had bit depth of 24 and maybe sounded better.

Can you try setting your Bluetooth dongle as the Windows System Sound output and play to that and let me know if you still experience this issue?

BT has been the default output all along except when I was using internal or external DAC for wired input to P7 Wireless.

But, there is good news. If I go to Settings>Audio>P7 Wireless (Stereo P7 in above zones) Settings. and set Enable Event Mode it has worked (non-garbled) 100% of time so far, independent of local or Tidal source.

Without setting Enable Event Mode (to Yes), garbled behaviour seems random with greater than ~90% probability on pressing Play (Play/Pause button). In garbled mode, a 100s song will play back in 66.7s, so 33% is left out I think. If you are lucky, and get a clean (no garble) Play start, the whole queue will play clean as long as you don’t Pause and then Play as the next Play will only be say less than 10% chance of being clean.

A small issue remains as to why the P7 Wireless headphone shows up as 2 devices (and 2 zones)?

The B&W P7 Wireless has SBC, AAC and AptX decoders. Is there a way to know which one is being used? I assume AAC if P7W is connected to Xs Max thru BT. In my desktop (Roon Core) which is connection in this discussion, the BT Suunto dongle is BT 4.0 while B&W specs state BT 4.1. Does this support AptX?