Beethoven's Piano Sonata No. 9 Op. 14/1 misrepresented as the string quartet version in quite a number of albums

Beethovens ninth Piano Sonata, Op. 14/1 was later arranged for string quartet, by the composer himself, so it’s only logical that there be two separate composition objects with the same Opus number that both belong to Beethoven: 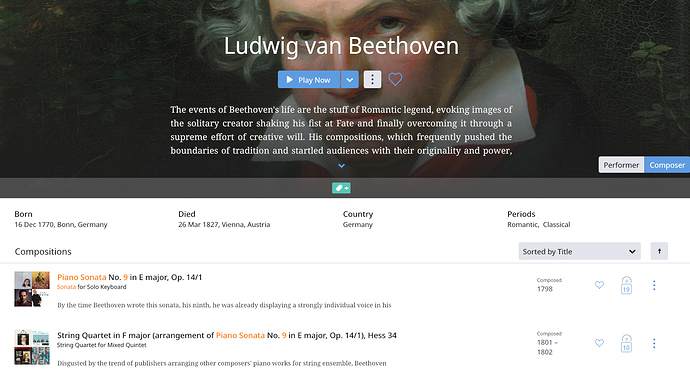 image1768×1000 384 KB
Still, Roon’s method of identifying a composition solely by its opus number is prone to cause mistakes. The string quartet version has a Hess number, 34, which identifies this composition far more clearly and uniquely than the Opus number found between the brackets. Also, there’s a difference in tonality.
What I don’t understand is that Roon does not ignore the portion of the composition title that’s between brackets. That would also minimize another problem that I’ve posted about recently, namely the often faulty instrumentation.
There’s a case in point right here, in the instrumentation of the Hess 34 quartet which reads: “String Quartet for Mixed Quintet”. 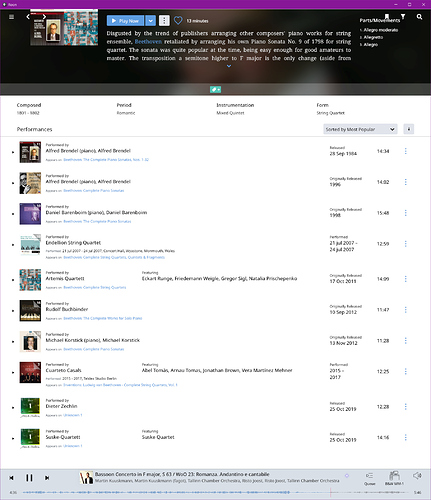 image1817×2106 633 KB
The Endellion Quartet, Artemis Quartet, Cuarteto Casals and the Suske Quartet play the Hess 34 work. The 6 other performances in this list are by pianists: 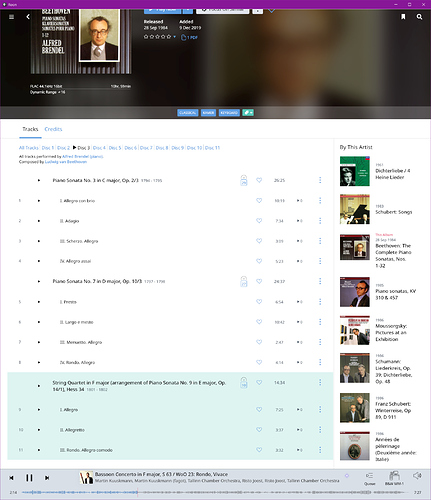 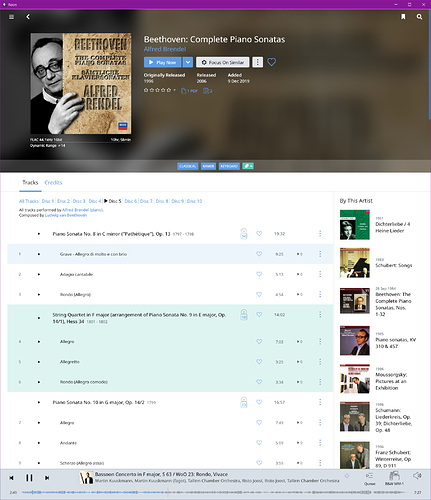 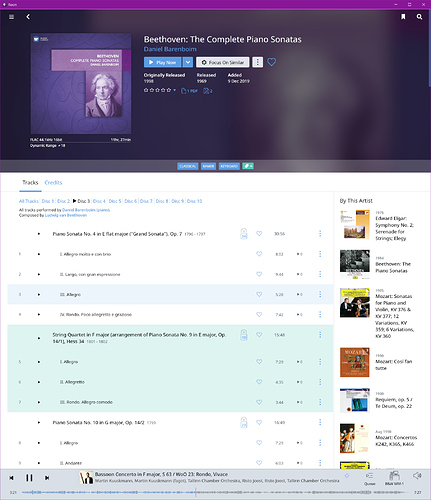 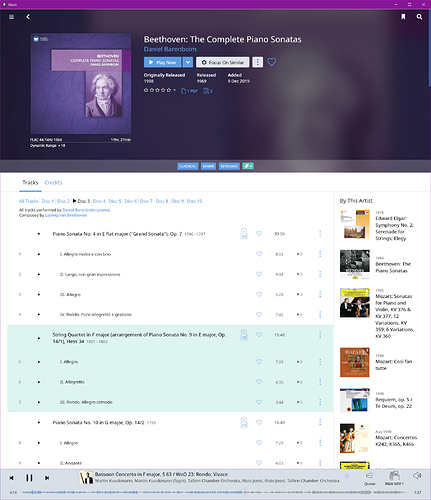 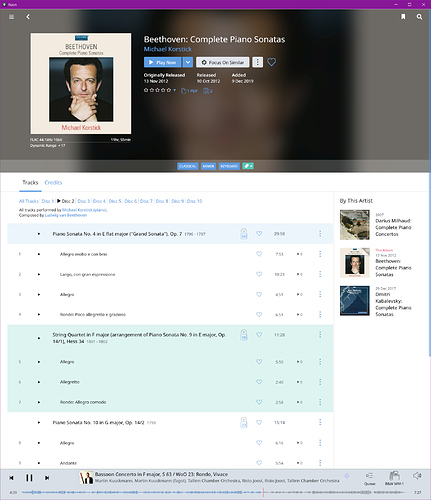 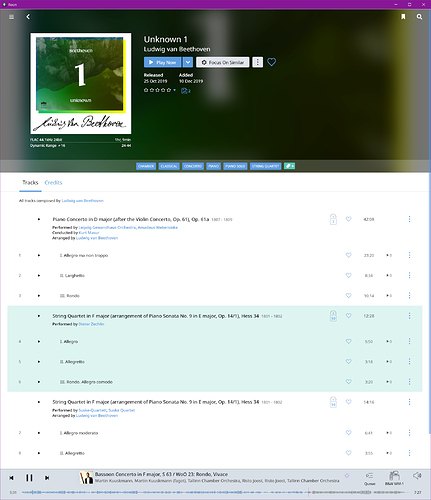 Every one of the 10 performances is an album that has been identified by Roon.
The 19 performances of the original piano sonata are all by pianists, so no string quartets.

These misattributions are causing a lot of extra work to get things right. I have to go to the trouble of first changing the tags of the pianists’ performances to some non existing Beethoven composition, and then merge thisfantasy composition with the right piano sonata. And all that six times!

I have seen the very same problem here.

half a year later and nothing has happened

Exactly what you would expect from Roon

Also I’ve noticed the same problem with 3rd movement of Piano Sonata No. 30, it is misidentified as Schumann’s composition of 1848. 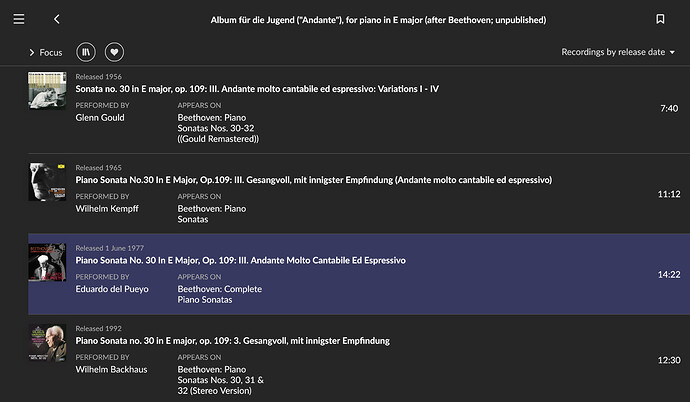 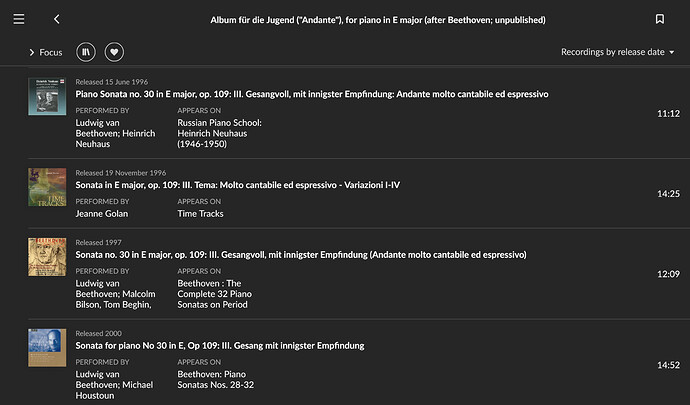 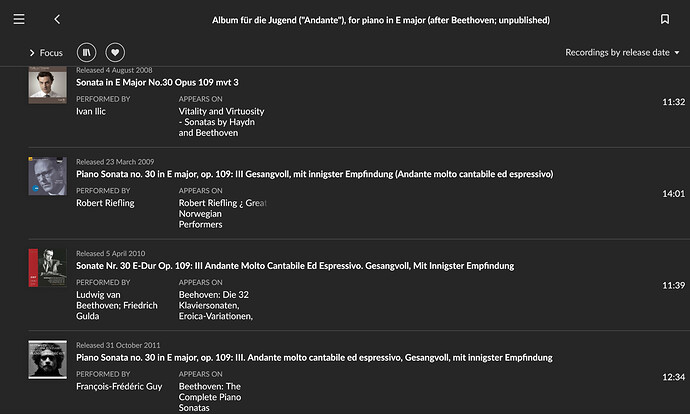 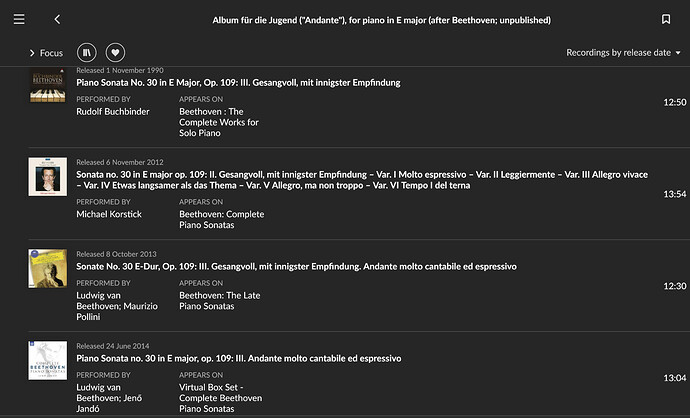 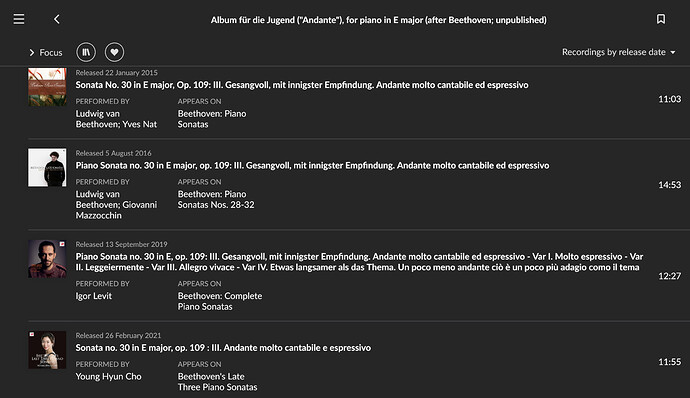