Just downloaded an album from Pentatone Music, Bach Cello Suites in WAV format, when I tried to match manually, none of the track match with the AMG tracklist, If I have to do it manually then I have move up each track 36 times for 36 tracks means 1296 clicks plus screen scroll, any better way to do it? (I want to keep it as WAV, the worst case is convert to FLAC then Edit Tag for Media Number and tracks) 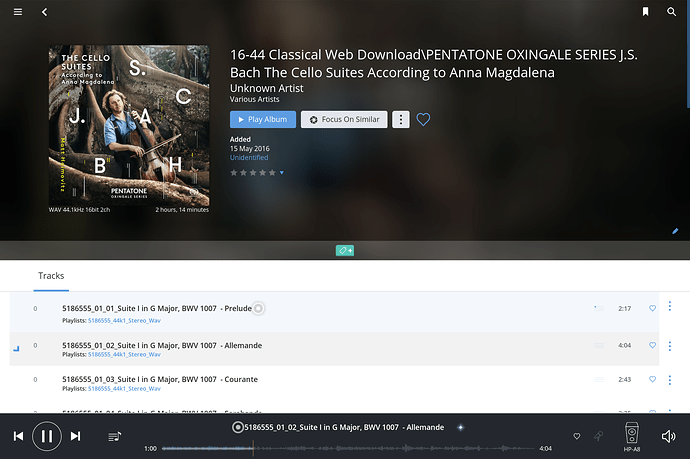 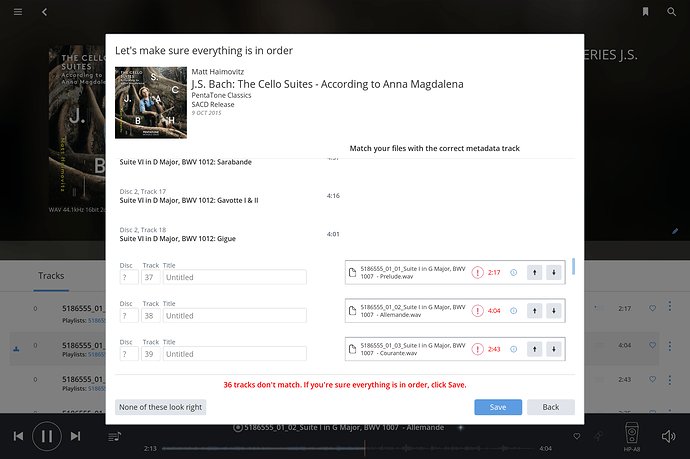 Rename the wav files “discnumber-track - title” using a file manager, then have Roon rescan the album.

Re the WAV thing, you’re not gaining anything, you’d save 50-60% of your storage using FLAC and it’ll sound just the same.

You don’t need to rename the files.

Just correct the Disc/Track numbers in a metadata editor, to match this:

This is (on my system) quicker, and also easier to correct. If you do it wrong, you can still refer to the original track order from the track names.

Just correct the Disc/Track numbers in a metadata editor

Agreed, but the OP is using WAV files which typically don’t carry metadata and I’m unsure whether or not Roon reads metadata that’s been forced into WAV files.

There is no problem giving them metadata, and even cover images. I was under the impression that there were limitations (and that they don’t take covers) but Metadatics is managing to do it. Maybe it’s bending the rules, not sure. (You can see it’s a WAV file from the status line at the bottom.) 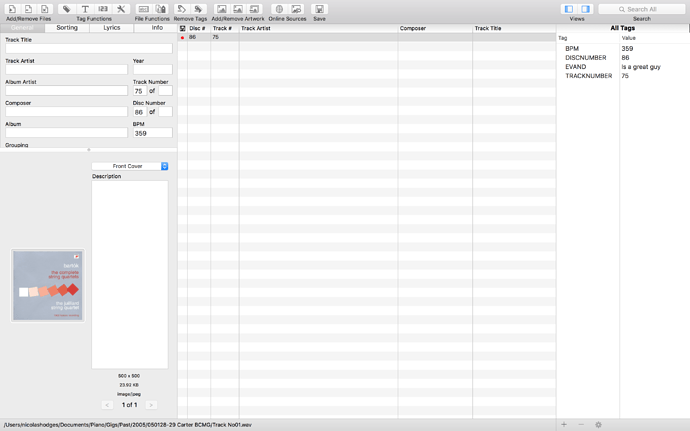 Agreed, as far as I know the format doesn’t have a standard to allow for metadata. Some programs add it regardless and others can read them, but there’s no guarantee of interoperability across various players.

FWIW FLAC files should have Vorbis Comments embedded, not ID3.

It may be true that there is some dodging and weaving going on here, but the tags I just added to a WAV are readable by Roon and by VLC.

And to go back to the OP, track and disc number WAV tags are seen by Roon.