Best way to isolate albums which have brackets in the title

This is an odd one, and possibly one specific to me. I see that Roon finds any info included in brackets as the album version. Is there any way to focus on these albums so that I can remove the version info and append it to the title as it’s meant to be?

The Focus option doesn’t include ‘album version’, so anyone know any tricks?

Can you just go to Album Browser and click the filter icon at the top right and type in one bracket?

Tried that. Roon has already intercepted the data and altered the title to be without the brackets, then moved the bracketed info to the version, even when the album’s been identified. Sure it works great for things like Beatles (2009 Remaster) but for albums with alternate titles or whatever (90% of what’s happened), it’s buggered it up

As one example, the album ‘Goodbye Country (Hello Nightclub)’ has had the bracketed information appended as version data 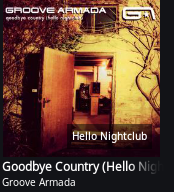 Similarly, the 2007 Alive album by Daft Punk, which I had bracketed (live) has been appended as version data. Obviously this data is no longer required as Roon has a specific tag area for live releases 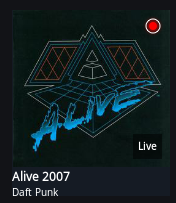 Go to Album Browser and right click on an album, then Select All in the top left. Click the 3 dots menu at the top and select Export. Export to Excel and the result will contain Version.

Must be done on a computer, of course. Won’t work on a tablet.

Select one or as many albums as desired, then Edit… > Metadata Preference > Title > Prefer File. 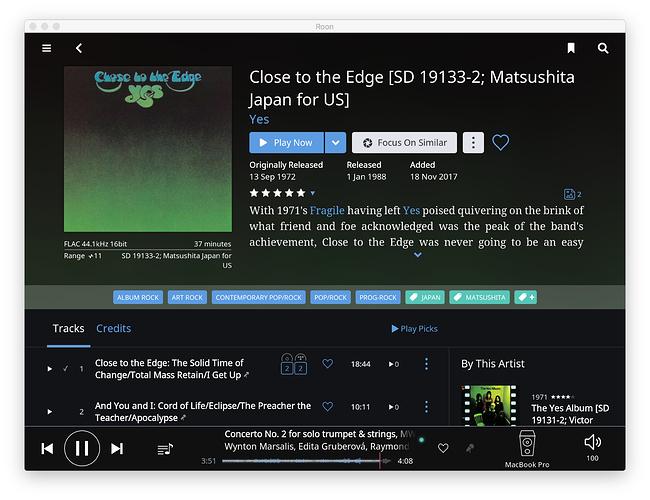 This also is useful for albums that have parentheses or brackets in their actual titles. Otherwise, Roon may strip those segments of the album titles solely into the Version fields. 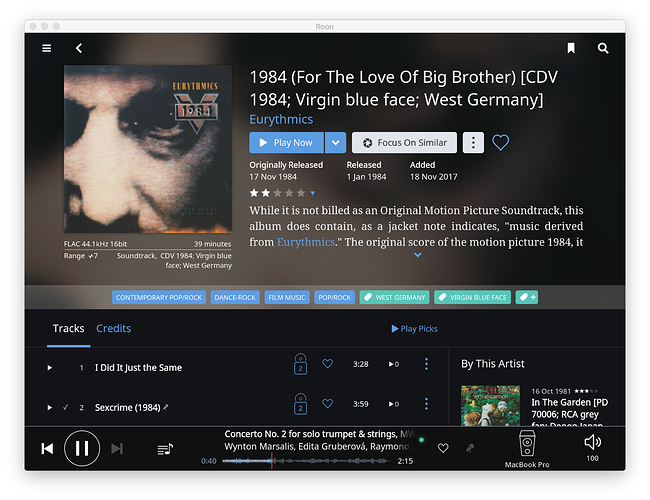 Go to Album Browser and right click on an album, then Select All in the top left. Click the 3 dots menu at the top and select Export. Export to Excel and the result will contain Version.

I was hoping for a way to do this in app. I’d still have to manually search for each album.

Select one or as many albums as desired, then Edit… > Metadata Preference > Title > Prefer File.

I’m manually browsing through. Probably only about two dozen or so. Thanks anyway!

If I’m not mistaken there a setting in preferences to stop using album title info in parenthesis as version info.

Yes, in Settings > Library > Import Settings, but I find that it doesn’t put the the Version and brackets back into the title. The Version is lost in Roon.

If I’m not mistaken there a setting in preferences to stop using album title info in parenthesis as version info.

Wish I saw that. I did go through a few of them before importing. Roon really needs an import dialog for those of us importing thousands of albums so this doesn’t happen

Or a way to search the Version Text directly.

Or to use the Inspector to show when the Version field is filled in.

The search function is horribly underused at the moment, I hope there are plans to expand it.

Isn’t it usual to configure a solution becore using it. Maybe as a result of many, many years as a LMS user, but I never point any audio software to my music until I’ve configured its behaviour.

Maybe as a result of many, many years as a LMS user

I’m suggesting that this behaviour has unusual results, and as part of the import dialog it’s worth going through a bunch of options for new users. It’s easy to look backwards and say ‘oh yeah I did that’ but a) many people might not, and b) isn’t what this forum is about is for metadata oddities? I’m suggesting that an import dialog would solve a lot of these since

Preaching to the choir, I’ve long held the view that asking you to point to your music as opposed to config when first running Roon isn’t optimal. But the getting started guide does deal with that if I’m not mistaken.

LMS is Logitech Media Server, it did the same - triggered scans before configuration, so I always used to point it to an empty folder until I’d configured it.