Better to run the Roon Remote or Bridge on an InFocus Kangaroo?

Just bought this hours ago and will he here in a 1/2 day later, thanx to Amazon Prime & life in NYC:

My Roon Server is a NUC7 i5, 8Gig of ram, NVMe 256Gig for the OS, Roon Software & DB, 2Tb for music. I use MS RDP from my Samsung Note 8 to configure it, mainly to select and modify oitput DSPs, like the peak adjuster, Audeze iSine 20 DSP, and parametric EQ. And use the Roon remote on the same Note 8 phone to control all the outputs when not RDPed into it.

Since committing to Roon, I’ve been on a hunt for a portable endpoint to drive my headphones around the house. Wish there was a DAP that was Roon ready. There isn’t. A Chromecast like device that outputs over USB 2.0 to plugin to a DAC and is controlled by a phone app would be ideal. Maybe one day? … I have a Chord Mojo DAC/amp. Was going to get a Poly. But a) $750 list price, B) lots of reports of flakiness with or without Roon in the picture, and ive read a negative statement an from exec here regarding ‘why did Chord release the Roon mode player to the public before Roon certification?’ … I opted to skip for now.

I realized the device above would do great as a streamer. So the question is simple. It would make more sense to run the Bridge on this than the Remote, Correct? I assume the bridge needs less CPU resources? I also think it would be a better UI experience using the Remote on my phone, rather than Remote on the Kangaroo thru RDP to the Windows desktop.

Anyone in the know please confirm or correct. I wish there was more to read about the remote. It’s kind of an unknown to me atm.

If it runs windows then you could probably run either but Roon Bridge would be my bet…and run roon as remote only when you need it.

Thank you for the feedback. That was my first inclination. After reading someone’s post regarding putting the remote on a computer stick, I began 2nd guessing myself.

I have run full Roon successfully on that spec CPU and it is OK with a minimal collection (in my case Tidal only) but it had 4/64 rather than 2/32. I would only run Roon Bridge on your spec machine plus something like Fidelizer to minimise unnecessary functions on the machine. What I’ll say is 2 gig RAM really isn’t enough to run Windows 10 even on its own but that doesn’t stop that config being sold!

Much thanx for that. I went thru a process of shutting down NT (lol, I still call it that) Sevices and uninstalling provided applications (latter just frees up space, not CPU clock cycles) I’ll look at Fidelizer.

I have a love/hate with this device. For only one reason. It will be running just fine as my headless Roon Bridge streamer to my Mojo. The next moment, nothing.

I’ve discovered it’s always that it loses wireless comms completely. Since it lost wireless, I can’t use RDP from my phone to fix it. (For any readers unaware, RDP for Android is pretty awesome. And some clever developer released a package to github to reenable the RDP server on Win 10 Home ). So, I have to connect wired keyboard and mouse (or Creative K830 via its wireless USB dongle that works better than a bluetooth registration to the OS) and screen. … PITA!

I use the Windows diagnostic tool, it resets the wireless radio, and it’s back in working order. SERIOUS PITA. I did update the wireless driver but didnt spend any time with it since. I’ll see. Fingers crossed.

If that can be fixed, this is a pretty decent replacement for a Poly added to your Mojo given its 1/3 the price and you are ok with the less than elegant form factor vs what the Poly gives you. 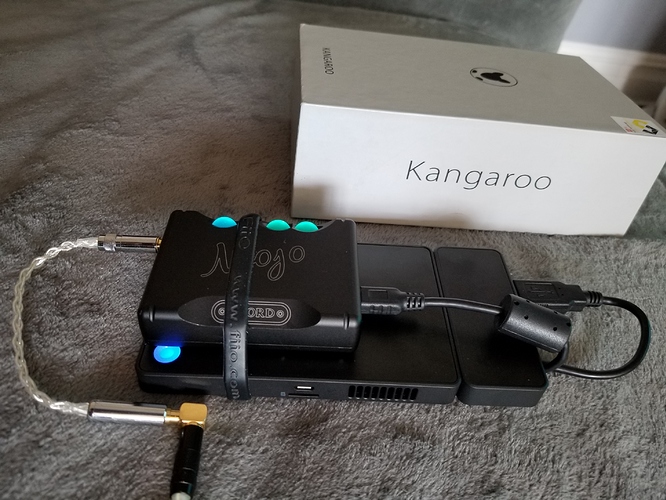 Losing WiFi would drive me nuts! I just hardwired the lot in the end but that would be challenging for you I suppose.

Say, how is this thing supposed to work? I enabled ‘Audiophile’ mode (not even this most aggressive mode) on my little Windows Roon Bridge mini-PC, and it shut down the Roon Bridge software! Very big lol !

It is supposed to allow Roon to run unhindered. There is a Fidelizer support thread on this forum where you can get support from the man himself.