I appreciate some of Clapton’s work, but like you, I know there are many artists out there that are subjectively better and/or more important to the genre and yet got less recognition than they deserved in comparison. I feel that Clapton was a fine catalyst for others to work off; much more so than any other trait or talent that he possessed in his best era.

I enjoyed Winwood’s Spencer Davis Group days immensely, but I often think that his amazing work as part of Traffic had its primary foundation in the short-lived Blind Faith experiment and his jamming sessions over those few months in Clapton’s home at Ripley, Surrey.

I was going to mention Traffic as a possible example in this thread, but their foray into blues is very occasional and not their mainstay of psychedelia. Similarly I wanted to offer-up Leon Russell too, but whilst his blues piano work is inspiring, he spent most of his time as either a fabulous session musician (who incidentally also worked with Clapton) or churning out some great Americana albums which I also often dig out to play.

I think the topic of Clapton, how he managed his early life, career, etc can be a topic of fun discussion, but…how he actually responded to Hendrix and SRV.

Leon Russell especially in his cuts on Concert for Bangladesh were performances I really enjoy: “Beware of Darkness”. He was also a cool looking dude…like Gregg Allman.

Good thing you posted the US album cover

My Japanese vinyl copy is the, ahem, other album cover. Fortunately it has an obi which I have strategically relocated to around the middle of the cover to protect the subject’s modesty.

In an interview decades later:

“At the time I didn’t think anything of it at all,” admitted Winwood. “But now I can see how controversial it is, because I have children of my own.”

It is certainly a blot on their collective legacy.

Indeed it is - especially since it is a pretty good album. 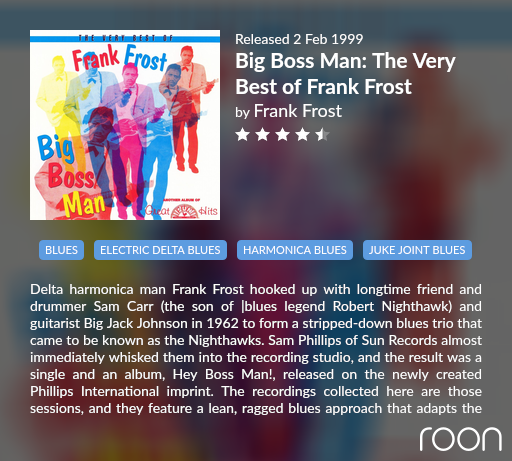 After giving this album a spin I can definitely see why Robin Trower and other notable artists asked this little known band to tour with them back in the day. Thanks Roon Radio! 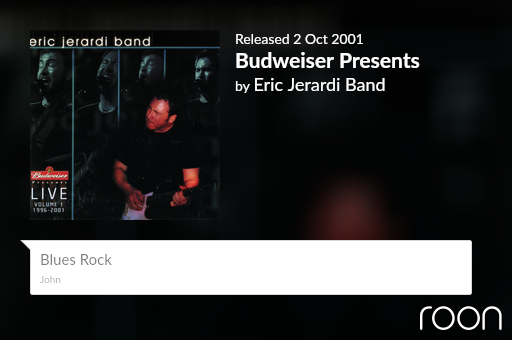 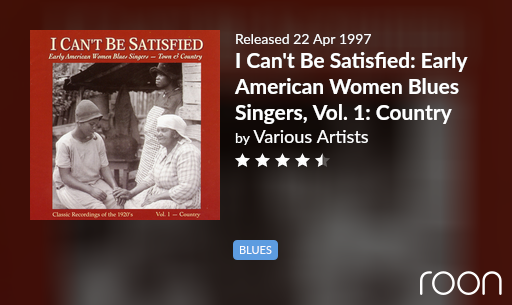 Early Blues…roots music…is especially interesting, its history and evolution. The album cover itself is very interesting.

At one point, I lived next to a row of shacks that had existed since the beginning of the last century.

Sometimes the owners would sit on their front porch and play guitar and sing. There was a primitive revival church around the corner. Sunday services were unique.

“In 1969 Polydor Records released a self-titled record by Blind Faith. On the cover of the record is a naked, 11-year-old girl named Mariora Goschen. Initially Bob Seidemann, the photographer, wanted a 14-year-old girl to pose naked, but thought 14 was too old.”

"In 2011 Mariora Goschen herself said about doing the album cover:

“The nudity didn’t bother me. …Life was far too hectic. I was mad about animals and much taken up with family and friends. But now, when people tell me they can remember what they were doing when they first saw the cover, and the effect it had on them, I’m thrilled to bits."

Oh, you’re definitely not wrong in highlighting how Mariora reacts to the whole situation 40 years down the track. The band members and the photographer are incredibly fortunate that she is a progressive and strong female character not easily shamed by social mores. The innocence that the photographer was seeking to juxtapose with the not-so-subtle undercurrent created by the symbolism of the model metal aircraft is somewhat undone when her views are taken into account. Again, many people dodged a very big bullet here.

It could so easily have been a cautionary historical tale of how an innocent, young girl was exploited, ridiculed and forced to carry the burden of it all, complete with associated mental trauma, to a tragic and premature conclusion.

I still don’t know how I feel about it when all these factors are taken into consideration. I suppose that is one of the aims of art and the intention of artists themselves.

She makes it clear that she did not perceive herself as a victim. Unlike the Nirvana male, she never felt that she was impugned by the role she played. She perceives it as having been flattering and any impact as having been positive. Jerry Lee Lewis married his cousin. Elvis dated Priscilla, and we have the guy from “Lost” and the girl who briefly was his wife.

Perhaps more interestingly was (where I lived at the time) the cover of Santana’s “Abraxis” had a sticker covering the woman, and the compensatory Traffic cover with the guys sitting in a silly/sterile pose…after the original cover was no longer sold.

My mom had a baby photo of me on a rug. Litigation is ongoing.

Wasn’t it Jerry Lee Lewis who married his cousin rather than Johnny Cash.

Yes, of course, Jerry Lee Lewis. Sorry. I “enjoyed” the two of them being interviewed at the time. She had quite a look in her eyes. She later was a realtor. It was interesting to see how delicately the press approached the two of them.

Wasn’t it Jerry Lee Lewis who married his cousin rather than Johnny Cash.

Yes, Jerry Lee married his cousin. He did not marry Johnny Cash.

@Peter_Gallagher - these Yazoo compilations are all pretty reliable. You really can’t go wrong with any of them. Years ago when I was chasing them all down on disc I never imagined they’d be as accessible as they are now. 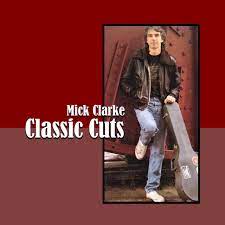 Heard this on Pandora

If you ever have time: 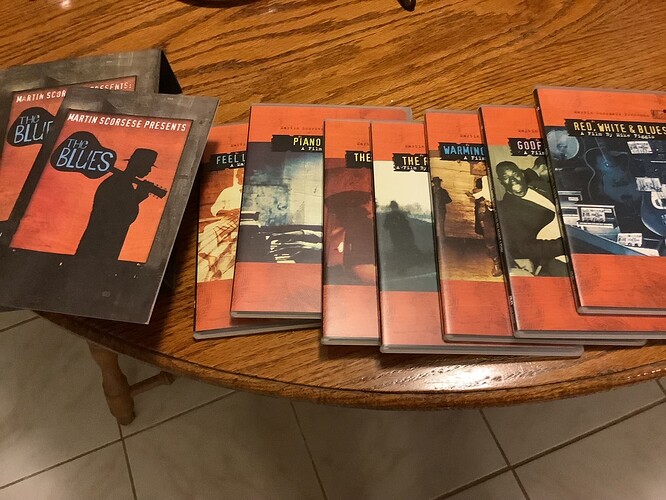 I second that, a great set of films for a winters evening