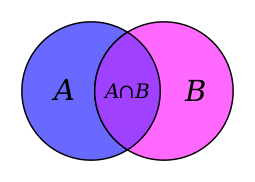 The above feature is something that’s really missing.

This is quite unfortunate as it is useful for common searches.

In fact, it is a basic search tool available in most players like JRiver, iTunes, etc.
They achieved that quite simply : the column, or panes, view.

For instance, the following search isn’t feasible with Roon:

Which could be translated to : Classical ∩ Concerto ∩ Violin

Roon is a wonderful piece of software which would undoubtedly benefit of such a search tool.

An A∩B is probably a simple thing to achieve in terms of user interface.

Roon could keep the “Focus” as it is and add a button that would change the actual “OR” focus to an “AND” focus.

It’s been repeatedly requested and roundly ignored for years now.

Yes, I also think that this feature should be developed and integrated in ROON.

I could not agree more. This is a must have !

I am also of this opinion.

Just look at Google and Amazon — how could they possibly achieve their success without offering their users Boolean logic?

Bool’s logic and operations is for the staff behind Roon, right? Don’t get your point.

I’m sorry, I was being sarcastic, shouldn’t do that.
My point was, “Achieve A ∩ B with "Focus" - (eg. Classical AND voices) is Boolean logic.
This is indeed what the programmers use.
But decades of experience shows it is not suited for user interfacing.

No worries at all

Lets hope Roon’s staff will provide us with a neat user interface in a near future.
This is baffling, can’t understand why such a feature isn’t already implemented

The reason I mentioned Google is that there were lots of search systems based on Boolean logic in the 80s, none of them very successful, and then Google turned the world around by not doing that but by basing search on “relevance”.

In our case, there has been a vocal minority asking for this for years, but the Roon team, in my view wisely, instead invested hugely in a cloud-based search system that is based on similar relevance, drawing on cloud-scale data.

) but there is a lot of discussion in this forum, you can see the arguments pro and con.

I remember that time; as far as Google is concerned it was more during ‘90s. Nice period!

I guess my feature request isn’t unclear, I probably should update it.

In my view, an A∩B is a pretty simple thing to achieve in terms of user interface.

Take JRiver or Itunes, they did achieve that with their column or panes view.

Roon could keep the “Focus” as it is and add a button that would change the actual “OR” focus to an “AND” focus. Simple.

Same advice here, for Classical and jazz, even for alternative musics…

I updated the Feature Request description

In my view, an A∩B is a pretty simple thing to achieve in terms of user interface.

Except for the support calls.
How many would enter Jazz AND Chamber and get zero results? (Jazz OR Chamber would get all the jazz and all the Chamber music, not what I want.) Why zero? Because there are no albums marked with both Jazz and Chamber Music, instead there is a genre Chamber Jazz which is what I want.

Executive: List all customers in New York and New Jersey.
Computer: None found.
Executive: Support, get your ass in here!
Support: What you really meant was New York OR New Jersey.
Executive: Don’t tell me what I meant, goddammit, just get me the list!

I’m not convinced it’s that hard for people to get their heads around this lot. In any event we
shouldn’t always aspire to cater to the lowest common denominator…that’s the road to mediocrity.

Well, I have built systems that are aimed at skilled staff and I’ve been fairly successful, but Larry Page and Sergey Brin and Jeff Bezos are richer than I am…

@Thomas_Serra great suggestion. Don’t let the usual pair dissuade you of its merit. This is a sorely needed feature.

Hi… good luck with getting your voice heard here. We’ve been lobbying for this for years, @James_I and I. Actually for using AND with Tags, as it would make combining tags really cool.

I’m getting mightily fed up with

a) the luddites here who poopoo even modest requests for improvements.

Executive: List all customers in New York and New Jersey.
Computer: None found.
Executive: Support, get your ass in here!
Support: What you really meant was New York OR New Jersey.
Executive: Don’t tell me what I meant, goddammit, just get me the list!

Nonsense Anders, the real-world response would be “Oh, ok thanks, of course, I’m stupid for thinking otherwise. That’s brilliant, I get it now!”

b) the lack of Roon’s official response to requests, even if just to say “Thanks for taking the time to make this suggestion.We’ve logged your interesting proposal and we will look into feasibility” - that’s all it takes. It’s just customer service at its most basic.

I’ve made recent enquiries as to truncated text issues and logs of exported files… no response
Improvements in identifying albums…no response.

But decades of experience shows it is not suited for user interfacing.

Except for the decades of users who would use it well and happily in a properly designed tool. And most of the users who have requested this would like to see it implemented with focus and tags, and not necessarily in search. It’s reallly a necessary function with tags, which right now is a half baked feature.

Don’t tell me what I meant, goddammit, just get me the list!

Sure, but Roon doens’t get me the list. That’s the issue.

Consider that this type of logic is often presented as a filter, not a search tool per se. Many curators would use this feature. Definitely high on my wish list.

Agreed. By Anders’ logic here, all of the features that require some level of applied gray matter: DSP, room correction, even grouped zones, are just too difficult to use for the least skilled software consumer. So let’s not have anything that is challenging even if other users could greatly leverage it.

As it stands Focus is inconsistent. You do get an “AND” relationship if you pick say a Genre and a Tag. But if you pick two tags you get “OR”. Doesn’t make sense to me. And it doesn’t make sense to have rich tagging and then be unable to use those tags in meaningful ways. Have Roon ever explained or justified why things are the way they are?