Bridged Ethernet Any Pro's or all Cons?

Hi Guys,
I’m looking into building or most likely buying a dedicated music server for ROON & from what I was reading online I’m seeing mixed messages about having a “bridged ethernet” system?

This is what I received in am email from VortexBox UK “The Bridged output can provide an address via DCHP, but note that Bridged output is not recommended by Roon and you may occasionally need to re-boot”

Bridged Ethernet version has 2nd network port allowing NAA device such as microRendu to be attached directly without additional router connection. (Roon do not fully endorse bridging as Roon RAAT network protocol may not work reliably across sub-nets - So you may need to use a normal network connection with Roon)

This is one of the servers I’ve been looking at: 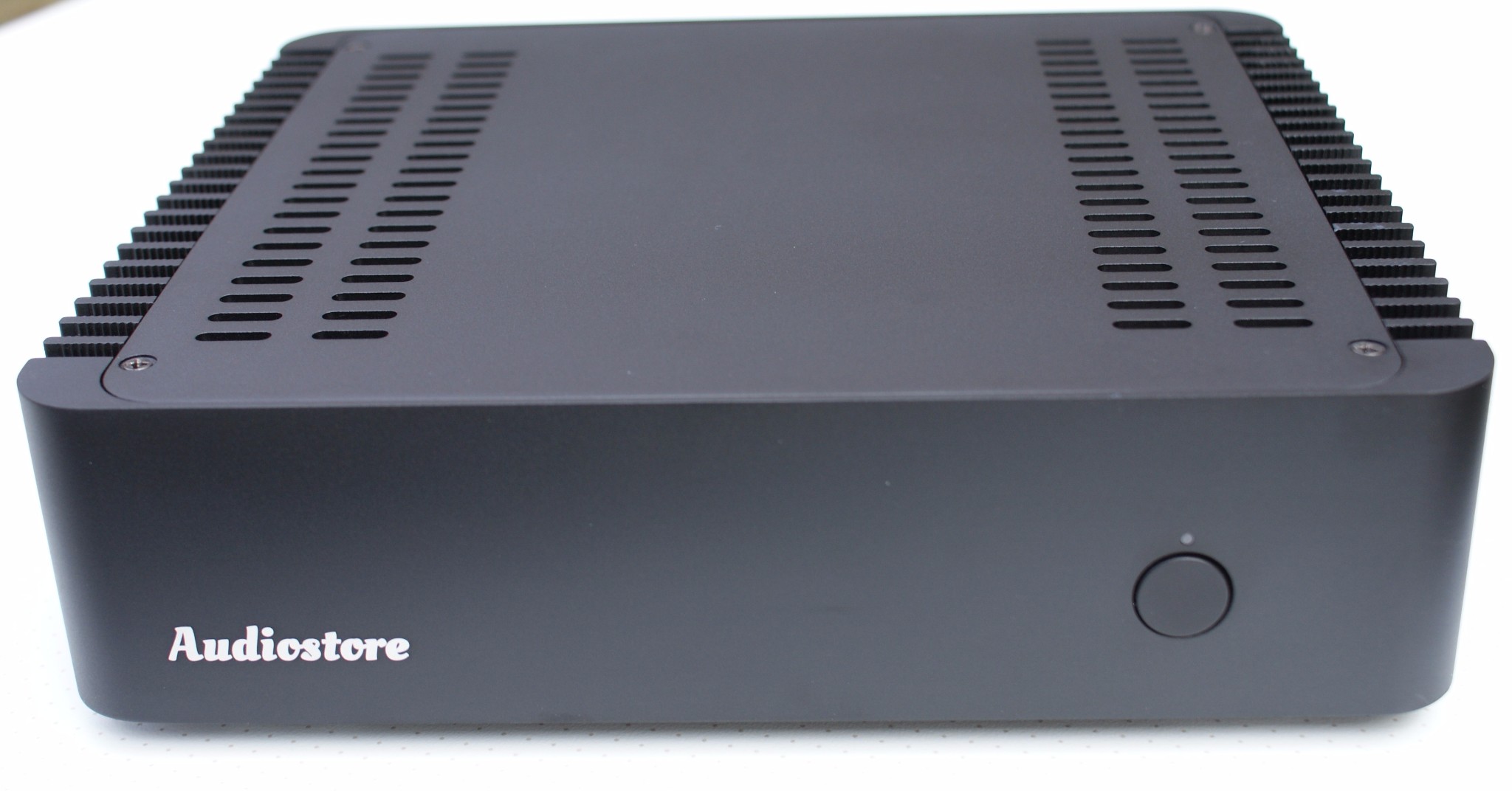 Can someone please explain this as the theory of “daisy chaining” ethernet connections, i.e network via one ethernet port & then straight out from the 2nd into your DAC would reduce noise from the switch etc…?

I know with my PS Audio Direct Stream Jnr DAC I will need to assign a static IP address which is easy enough to do.

Well, using a JCAT NET Femto dual NIC card, one NIC has a fixed IP, the other is DHCP from the same network router. OS is Windows 2016 using their bridged mode.

Been using this setup with the second NIC direct to a Lumin U1 since day one. Works very well with Roon, why shouldn’t it, the same router supplies IP address on the same network, no subnets at all.

I think it is.

As far as I know, some people from https://audiophilestyle.com/forums/topic/30376-a-novel-way-to-massively-improve-the-sq-of-computer-audio-streaming/ advocate a bridged topology to improve SQ. I have not looked into what theories, if any, those guys came up with to explain the SQ improvement though.

Another recent thread about a bridged setup is here:

I’m using Ubuntu 18.04 with the MSB Renderer, and my question pertains to the Ubuntu bridge and RAAT (and perhaps lower level protocols). Would you please address the following question to your Linux experts? My Ubuntu server (with Roon Core) has a dual Ethernet card, both connections slaved to a bridge in Ubuntu, with one slaved connection to the LAN and the other to the renderer. In theory this configuration provides a direct Ethernet connection between Core and renderer, the sonic benefits o…

The trick to getting it work is that there must not be multiple subnets, and multicast packets need to be allowed to pass through the bridge.

Thank you for copying me on this thread. I first learned of this technique on computeraudiophile.com, and can attest to the SQ improvement, having done this with three different systems. To clarify some points of confusion prior to your post, we are talking about creating a software bridge in the host OS, the prerequisite for which is two or more Ethernet connections in the host machine. Most would attribute the SQ improvement to the removal of noise otherwise introduced by network infrastructure in the server-to-renderer path, much as others claim SQ benefit from applying Ethernet filters to their LAN connection (and of course there are those with superior intellect whose lessons in computer science have qualified them to deny all of this). Some bring subnets into the discussion, but I don’t think they’re relevant for most users. One post above mentioned static vs dynamic IP, and that seems very relevant, for as I said in my thread here, the Ubuntu nm-connection-editor defaults resolved to a static IP for the LAN connection and a DHCP connection for the renderer link, and the Ubuntu bridge is working very well. Lastly, regarding the host OSs, a bridge was far easier to create in Linux and Mac than Windows (one of the reasons I finally abandoned Windows as an audio server).

I didn’t have any problem with Roon until my latest DAC, the MSB Select II with its Roon-ready renderer module, and that was resolved with a restart of my router. I can compare the file transition times in different zones, and the zone with the bridged connection is much faster by comparison, even with large, quad-DSD files.

Like many, I wanted some hard, empirical evidence on the actual routing, but after three Ask Abuntu posts, and threads on computeraudiophile.com and here, I’ve yet to receive anything definitive. Most want to contribute their opinion or theoretical understanding. But based on the SQ improvements and relative file transition speeds, I’m assuming the connection is direct.

You are making a rookie mistake by using addresses in straightforward multiples. The addresses need to come in a Fibonacci sequence for a truly holographic soundstage.

There’s bridging two different IP AND Subnet systems , the bridge is usually a router and moves traffic over either domain. I get this.

Windows 2016 has router configs, but these are manually setup, to substitute a physical router with DHCP and the rest, no desire to do this for this music server.

The nomenclature for Microsoft to bridge two (or more) NICS is also named ‘bridging’. If definitions used by Microsoft are different to what you’re used to, then please take it up with Microsoft. I’m just reporting what mechanism is used with Windows 2016.

And here’s the Linux definition of bridge from https://wiki.linuxfoundation.org/networking/bridge

A bridge is a way to connect two Ethernet segments together in a protocol independent way. Packets are forwarded based on Ethernet address, rather than IP address (like a router). Since forwarding is done at Layer 2, all protocols can go transparently through a bridge.

The Linux bridge code implements a subset of the ANSI/IEEE 802.1d standard. [1]. The original Linux bridging was first done in Linux 2.2, then rewritten by Lennert Buytenhek. The code for bridging has been integrated into 2.4 and 2.6 kernel series.

A Linux bridge is more powerful than a pure hardware bridge because it can also filter and shape traffic. The combination of bridging and firewalling is done with the companion project ebtables.

(Since the status refers to Linux 2.6.18, this text is probably written more than 12 years ago.)

Here’s a screenshot of the Ethernet Bridge in win2016 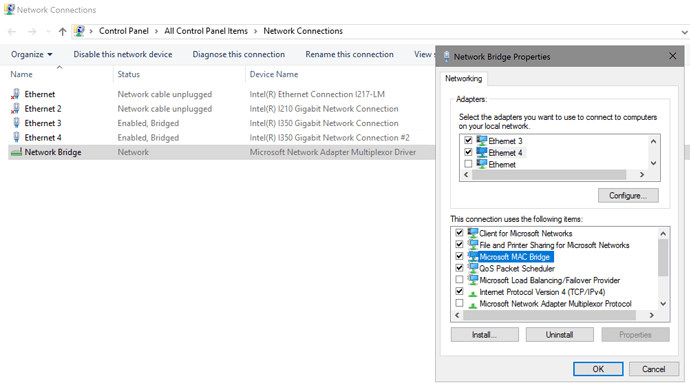