See screenshot.
The first two versions of the album are OK/legit.

This ^ is weird - if I were to guess, I would say it looks like a path resolution failure with windows (“c:”) assumptions hardcoded?

Not 100% sure how to reproduce, but it seems like this:

Also worth mentioning is that “/Users/dmp/Music/Azmodan/” is a symlink, and is the folder root I pointed Roon to.

Let me know if you need more info about this. 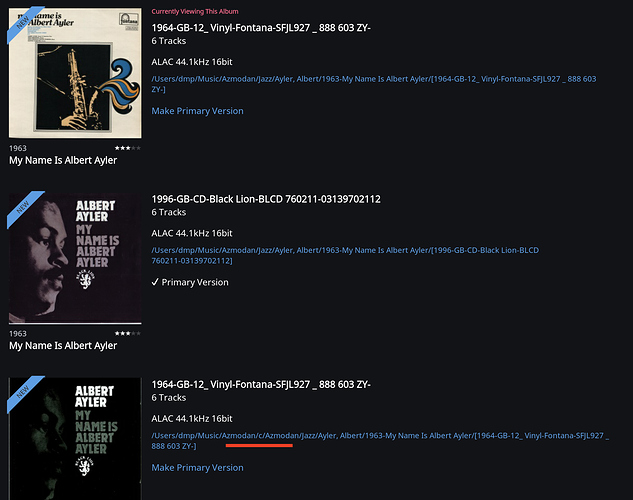 Just to confirm that manually changing something on the filesystem outside of Roon (like: renaming a jpg file), will trigger the problem.

Can you share a screenshot of Settings | Storage in Roon?

I was also hoping you could reproduce this behavior with an album and provide the following details:

After that I will enable diagnostics so the team can take a look.

I also tried the exact same steps against a storage folder that is NOT a symlink and wasn’t able to reproduce, so… seems to me like the fact the folder is a symlink is the culprit.

Name of the test album where the behavior is visible right now: Body of the Life Force, Afu-ra.

Attaching screenshots, with storage details and the bogus version underlined. 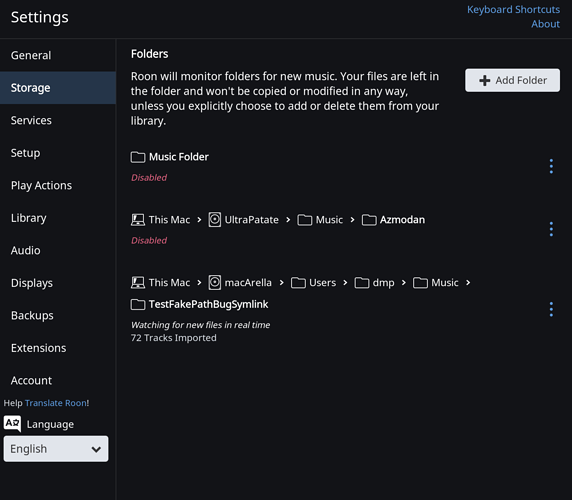 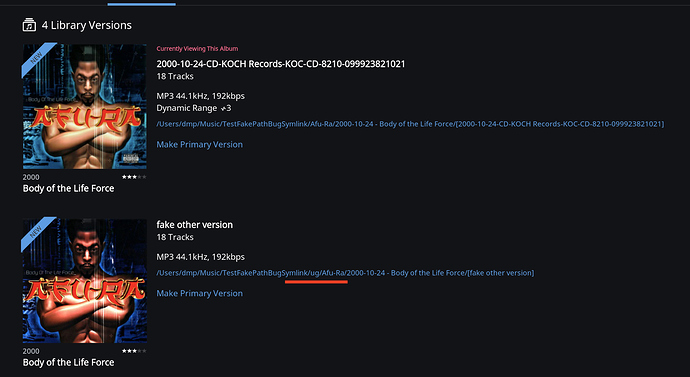