Not sure where you want bugs filed but if you add an album from the Queue you can’t add tags. Closing the dialog, reopening, playing a different track, etc. doesn’t help. You have to go to the album view and tag it from there. What’s crazy is you can open the dialog for another track from the album you just added and the tag button is enabled. It’s just caching it for the track you added the album for. This repos for me with several different albums & tracks. 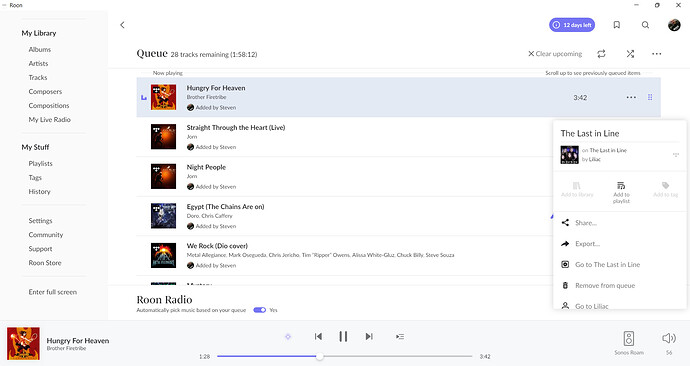 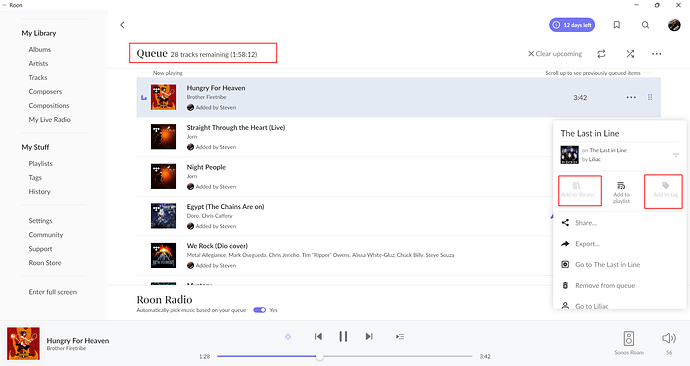 Not sure why 2 pictures got uploaded…

You just can’t add tags to content from Tidal or Qobuz:

You have to go to the album view and tag it from there.

This is now content from your library - and no longer directly from Tidal or Qobuz. Here you can like or add to tags. This is just how Roon currently works (and not considered a bug). If you wish an improvement, don’t hesitate to add your vote to the corresponding feature suggestion.

This is a bug not a feature suggestion.

What you describe, variants and variations of it have been reported many times before. An explanation of the current facts and the hint to the feature suggestion is likely the best you can get in this case.

Yeah I worked that out… The library version is different from the tidal version in the queue. I get that but when you’re on the album view and add an album to your library they swap in the library view. I guess they’re just navigating to the new view. Anyway, I upvoted the feature request.