I am using a M1 Mac Mini (macOS 12.4) as a Roon server with HQPlayer Desktop as well. I also use Qoboz.

I have no problems running this setup besides the iPad Roon client occasionally closing on it own (crashing). I have no memory leak problem on the M1 mac mini or the iMac. 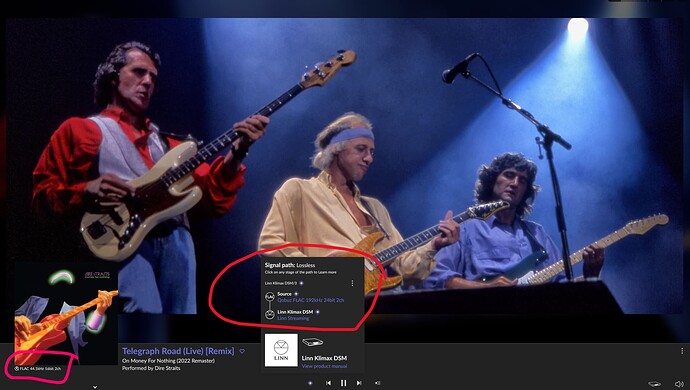 Pleasantly surprised. After the initial install, Windows 10 Remote has worked as expected. No more locking up, no more crashes. Thank you. 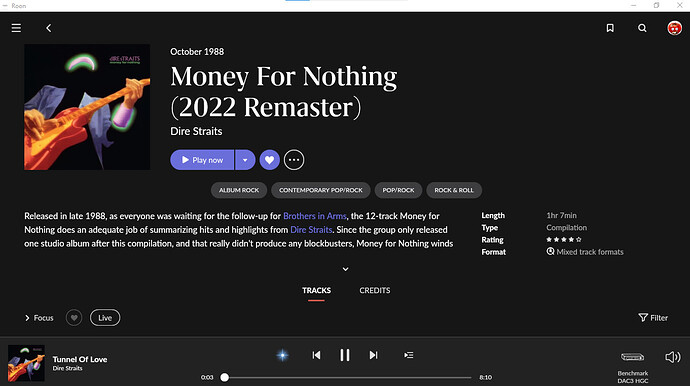 Roon cannot find this album, yet its available in Tidal. I added it in Tidal a day ago, and its also not been added by Roon yet, seems to be a 970 issue

Similar issue with this album. Roon search does not pick it up, but it’s available in Tidal.

Releases not showing up has nothing to do with Roon builds. It’s a common occurrence due to the infrastructure of how Roon gets given the info from services. It will show up in a day or so as it’s not been sysnced to Roons database yet from Tidal. Thus happens with some late drop releases. Search in Roon doesn’t search Tidal it searches Roons version of the Tidal database that they provide them with. This is why Roon works as it does, if it used the standard API like other apps it could not do what it does. It’s a small price we have to pay.

Have to say the Andorid app is working better than it has done in a long time, was still actually running this morning!!! So whatever memory leak there was , had to be across the board and not limited to just the core. Not given my Windows remote much use yet so need to see if the random crashing and memory leak are sorted there.

Thanks, makes perfect sense. 970 proves solid and consitent on my environment. Thank you, Roon.

Thanks for this explanation, I have always wondered why Roon are not doing anything to try and redress this as it is a bit of a drawback for me.
As a music lover, new album release day by one of my favourite bands is a day too look forward to, but with Roon it can sometimes take days.
Your post explains why.

My Version 1.8 (build 970) ROCK NUC 10 do-over has been running trouble-free for just under 4 days.
I’ve been listening to Roon Radio selected FLAC today, with one inexplicable queue stop.
I was able to restart the queue cleanly with just a “play” click, but an hour or so later my Windows 10 remote crashed:

Well, I’ve been running 2 days now (would’ve been another day on there but I had to reboot for an ubuntu update) with Roon and HQPlayer with no unsual excitement. Which is how it was for me before build970.

So it seems, hopefully, it was just the initial process of the upgrade caused the database problems I experienced.

Guess I spoke too soon. This just happened again. I was bug free and no database issues until build970.

Correlation is not causation - there may be something else going on - a developing hardware issue, for example.

Might be useful for @support to take a look at your database and logs to see if the cause of the database corruption can be identified?

I see you’re running Ubuntu; have you installed smartmontools to check your drives?

How do we determine if there’s a memory leak? My system has been randomly throwing errors about Tidal and Qobuz loading slowly. I can see my memory dropping as days go on, which could be perfectly valid, but my system is Roon only and has 32GB. An hour or two ago it had 15GB free. Now it’s down to 13GB. Again, this might be valid, but the random Tidal and Qobuz errors lead me to believe there’s still something amiss here.

I suspect it will need a reboot when I check it in the morning.

Final edit: Went down to 200M free, then came back up to 300ish. No issues noticed with Qobuz or Tidal so that’s cool.

When is Roon going to issue an update to solve the problem of Windows 10 freezing and crashing?

Build 952 made Roon unusable for me. The server, located on an Ubuntu 20.04 VM, hanged constantly, even after a full reset.

However, even after installing build 970 I had to do a fresh start, as reloading a backup would render my setup unusable.

Roon has been a great experience so far so I hope this does not happen again in the future, or at the very least make the previous version available for download for those of us experiencing issues like this.

This is my issue. Roon just stops. Often says a file is loading slowly but many times that’s a local file stored on the core. Live radio stops too.

My gut feeling is there is still a bad resource leak that causes the core to act flakey and Roon throws very deceptive canned error messages.

It would help a lot if the error messages were more informative, precise, and accurate.