If I can’t buy one used, I’m wondering if anyone can enlighten me as to the most inexpensive Roon Rock? Noob here, but I’ve built PCs before. I looked at the page here and was a bit confused re what NUCs work. I also would be open to building a compact pc, but the posts I have seen are a bit outdated. If anyone has done this, I’d be grateful for a parts list!!!

Have you seen the component list here: https://kb.roonlabs.com/Roon_Optimized_Core_Kit? NUC with i3 processor plus memory and SSD is around £330. These are 8th generation NUCs.

Since you said you had experience building PC’s and were looking for something inexpensive, I thought I might mention another option to consider. I run my Roon setup off of a couple of Ubuntu Server 18.04 LTS boxes that are running Roon Server (instead of Roon Rock) and a secondary Ubuntu box (a spare 2011 Dell workstation) that I use as a Samba share with a large storage disk for additional music. You said that you were a “Noob” but it was hard to tell if you meant a “Roon noob” or a “computer noob”. The point of this post (since you seemed to be concerned about hardware compatibility) was to point out that as far as I can tell, any box that can run a compatible Linux distribution will run Roon Server with no problem. If you’re comfortable installing Samba and setting up a share to the PC/Mac where you’re ripping CD’s or downloading hi-res albums then this was a nice solution that worked well with my available machines & skill set. I’m sure similar results could be had with Windows as well.

To summarize and directly answer your question, the most inexpensive “Roon Rock” can be Roon Server running on any hardware you can load an operating system on.

It’s not as automated as Rock but I’ve been very pleased with the results. I found the additional setup work required to be trivial and the extra control over the boxes to be nice. YMMV.

Many many thanks. Linux is way beyond my pay grade I’m afraid. I’m more of a build a gaming rig guy.

. But I greatly appreciate your help and thank you.

The Soul of a New Machine Tinkering

[20190827_160613%5B1%5D] Finished project. Tempered glass installed. There are some differences from the mid-build pic posted earlier. Just need to re-load all my software as this is a ground up fresh OS install. ( I feel those are needed every so often, :L)

Rock can run on many other base line machines. Look in #tinkering for MOCK discussion. If you have a spare ssd and a maybe not so busy gaming rig laying around doing nothing give ROCK a try on it.

The Roon documentation says that an i3 is suitable for “small to medium libraries” with no precise quantitative measurement for exactly what that is. The commercial Roon Nucleus player is based on an i3 the last time I checked. The documentation says it is suitable for up to 100,000 songs. The caveat being that certain hi-res DSD, upsampling & multichannel combinations may not perform optimally. I have an i7 that is overkill for 50k songs. It rarely goes above ~15% on the CPU. Right now I’m listening to some Rolling Stones and RoonAppliance is fluctuating between 3.2 & 6.5% of my CPU. So the deciding factor in your case might not be the quantity of songs but the type of demanding processing you might be doing. The vast majority of my collection is 44.1/16 from CD’s I acquired before using Roon. Intuition tells me an i3 should work well if you have a similar setup. 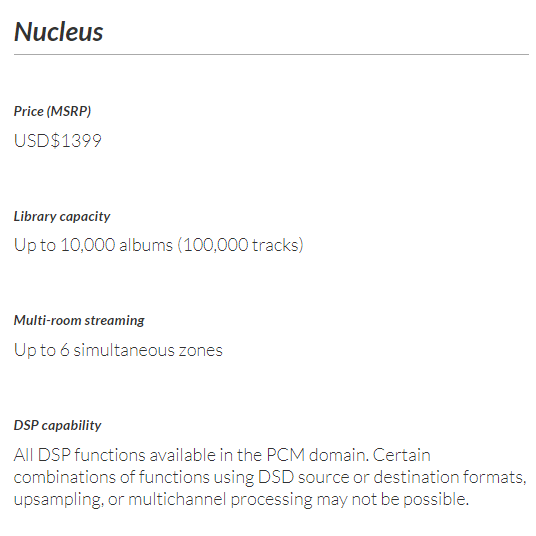 Many thanks. I’m just playing alac files, some at high res.

Yes, I think so … this would be equivalent to the Nucleus.

Up to 6 simultaneous zones

All DSP functions available in the PCM domain. Certain combinations of functions using DSD source or destination formats, upsampling, or multichannel processing may not be possible.

You can buy the components direct from Amazon for 330GBP (8th Generation i3 NUC.) See ROCK for Small to Medium Size Library in the KB. 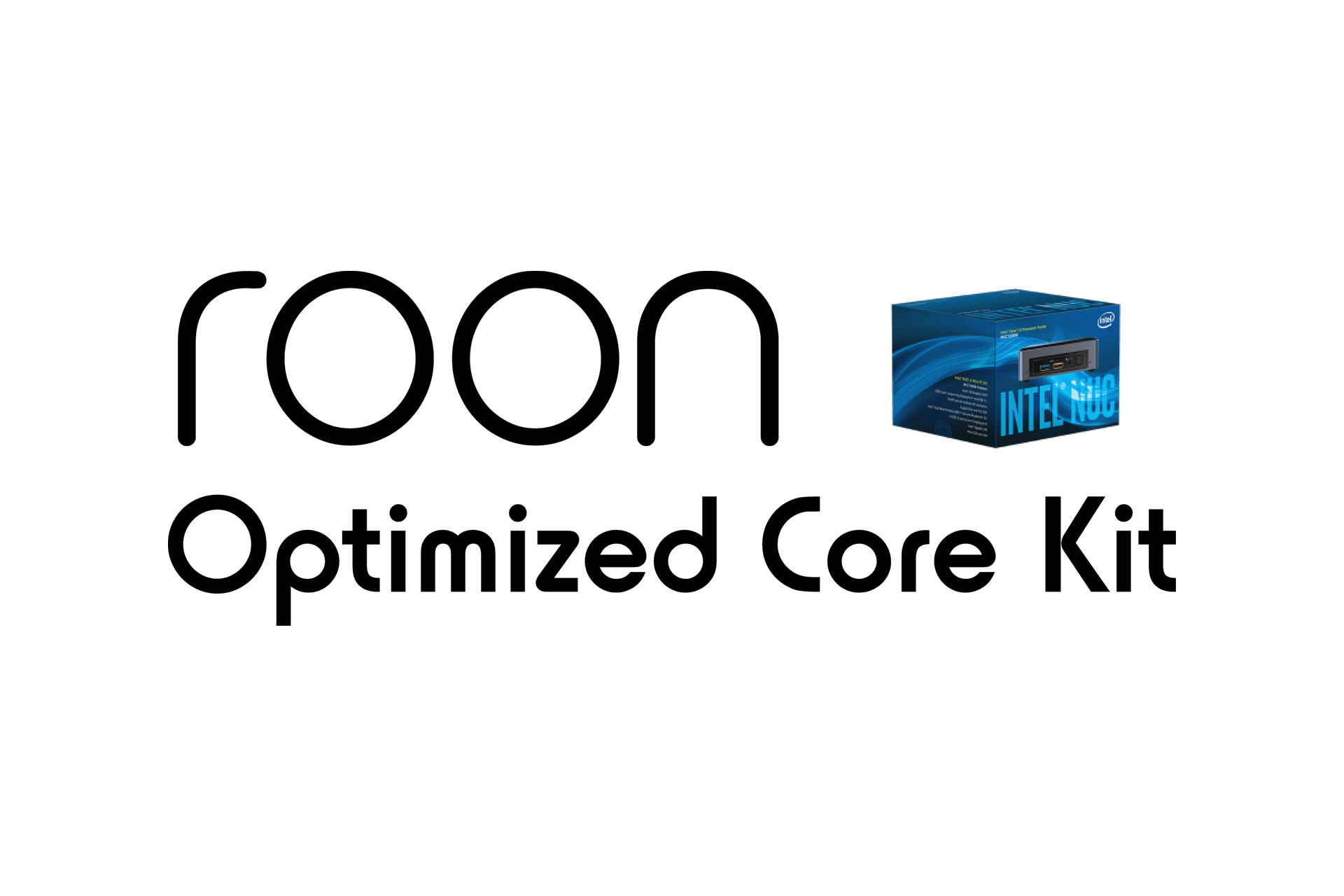 I run one of my cores on a simple minix mini atom based pc and it does the job no problem at all. Can even use DSP up to 24/192 PCM.

It runs Win10 and I make sure all updates are turned off. It’s on 24/7 and has never let me down.

this is a great article…thank you!!!

FWIW, I purchased a 8th gen i7 on Saturday. It works amazingly well, but I admit that it’s probably overkill for what I use it for.
This is probably all you need: https://www.microcenter.com/product/511203/intel-nuc-mini-pc-kit-nuc8i3beh

) solid streaming to my Raspberry Pi 4 endpoint in the main listening room.

PS. I’m doing a little DSP with speaker placement, plus some convolution filters for my Senn HD600 headphones and it doesn’t break into a sweat.