For some albums, I’m not able to identify them: 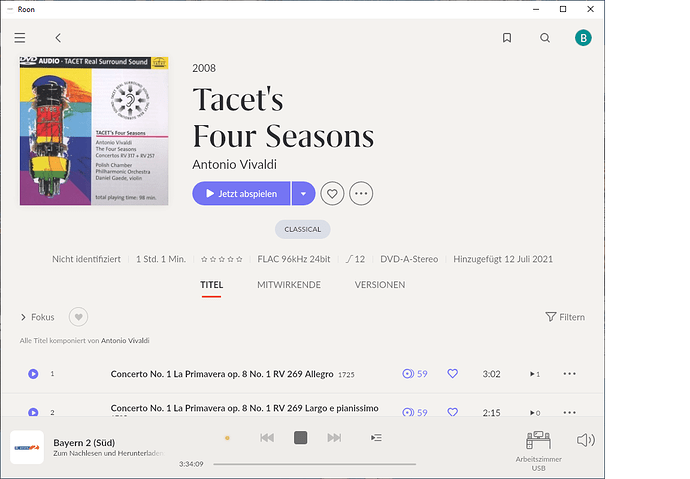 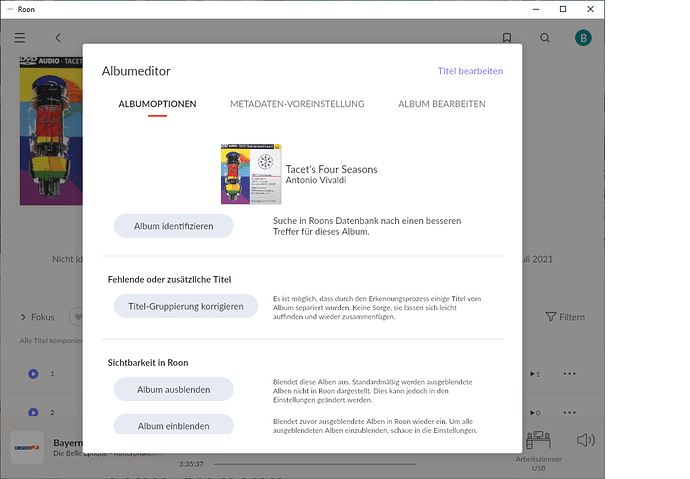 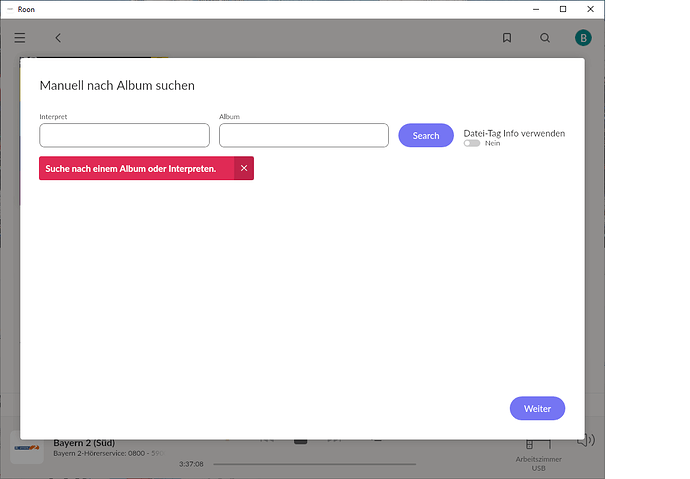 Now I’ve set the abum name to “Four seasons” and then I can scoll to the right album (Daniel Gaede - Tacet’s Four Seaons): 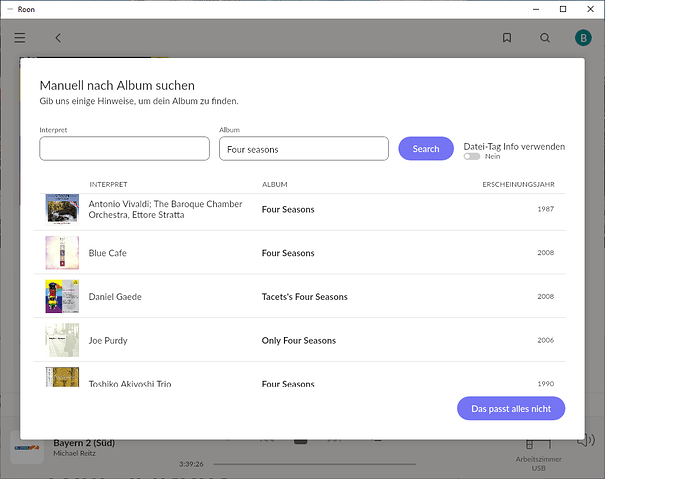 But: If I click into the wished album (I can try also any other result), then I’ll get an empty frame: 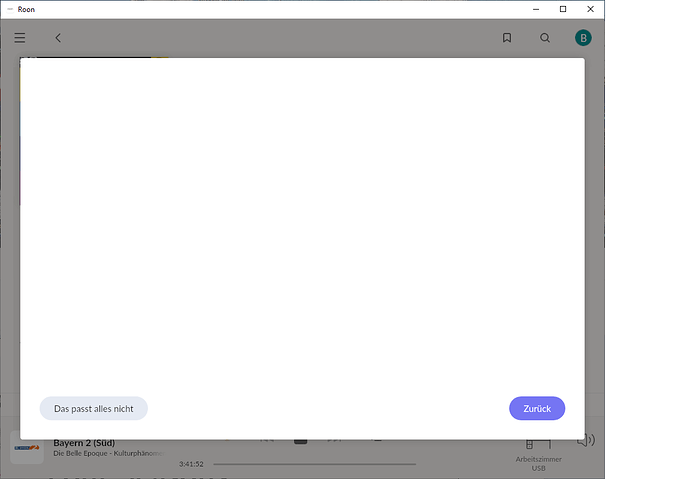 So I can never get this album identified!

The posted issue ocurs under Windows 10.
Now I’ve tried the procedure on an Android tablet and there I can manually identify the album.
If I try it automatical (without setting the album title), I’ll get a message, that I’ll not have a internet connection (which is not true).

But open again the windows client, the album will shown as not identified: 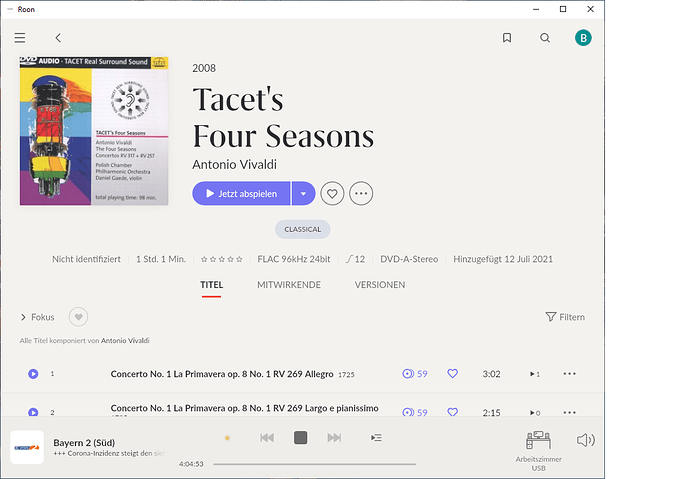 Now I’ve tried it a second time on the android device and now the behaviour is the same, like on the windows client → not be able to identify the album!

. We’d love to take this to our QA team. Would you mind: