Description Of Issue
Hi,
I recently bought on Qobuz the hires version of “lust for life” (iggy pop) because some tracks (lust for life, the passenger) of the album were not available for streaming. Using the LUMIN app I can now stream the album entirely from the internet.

Using Roon , I can only stream the tracks that were already available for streaming before purchasing the album.

Can this be solved?

Did you download your purchase and point to the appropriate folder in Settings==>Audio?

If so, are there perhaps two different versions showing in your library?

Hi, if you added the album to your Roon library before purchase, can you try to remove it and then play the album?
If that works, you can re-add it to your library. 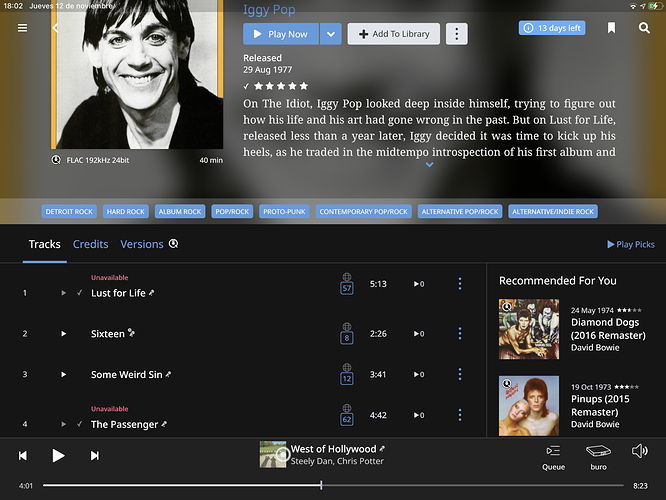 I removed the album like you suggested.
Even before adding the album again, there are 2 tracks that are not available for streaming. In Roon, qobuz “doesn’t know” that I purchased the album.
In the LUMIN app, qobuz “knows” en lets me play the tracks.
Weird. 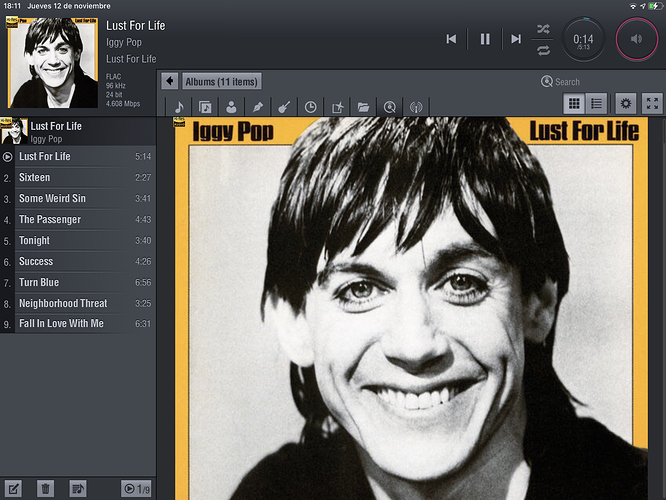 Can you try one more thing?
Remove the album again from your library
In Roon, logout from Qobuz. Make sure your Qobuz albums are not present anymoe.
Then login in Roon again.
Roon itself does not know if you bought the album at Qobuz.
Somewhere, a refresh seems to required to get the right Qobuz status passed on through Roon.

I removed the album, I logged out of qobuz, logged in again.
Nothing changes.
Via Roon, qobuz doesn’t know that I bought the album and it’s not possible to stream some tracks.
Via LUMIN app, qobuz knows and let’s me play these tracks.
So in my opinion the interaction of the LUMIN app with qobuz is better then Roon with qobuz.

What happens when you click on the Version button? Do you see more than one version?

In your pic, there is a “Versions” link to the right of 'Tracks Credits". If you click it, do you see two (or more) versions of the album and does one of them have the missing tracks you’re looking for?

Damn, beat me by 4 minutes

Well unfortunately, something else is going on here. 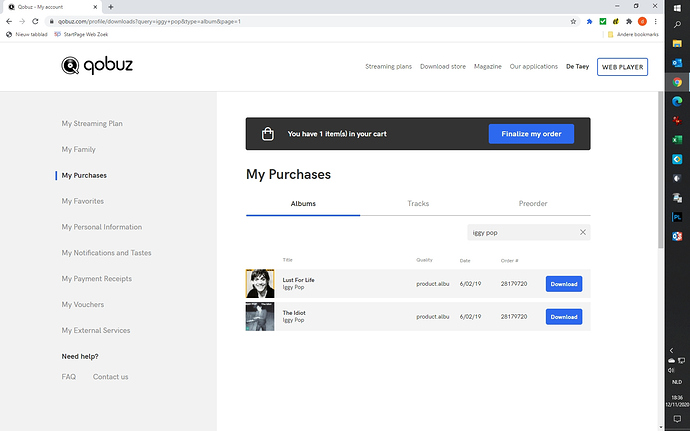 If I click in Qobuz - My Purchases on the album , I get the following result: 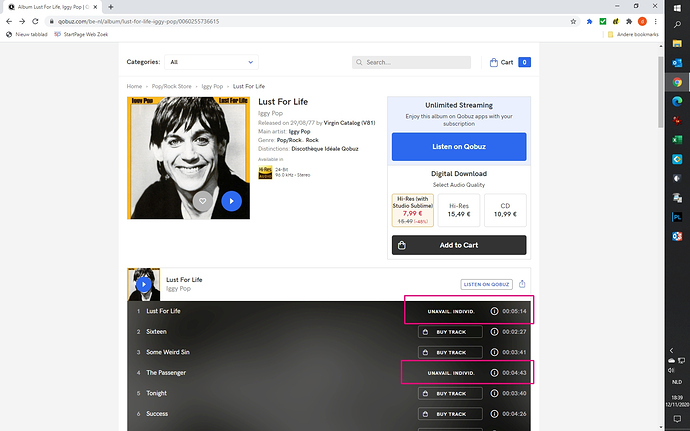 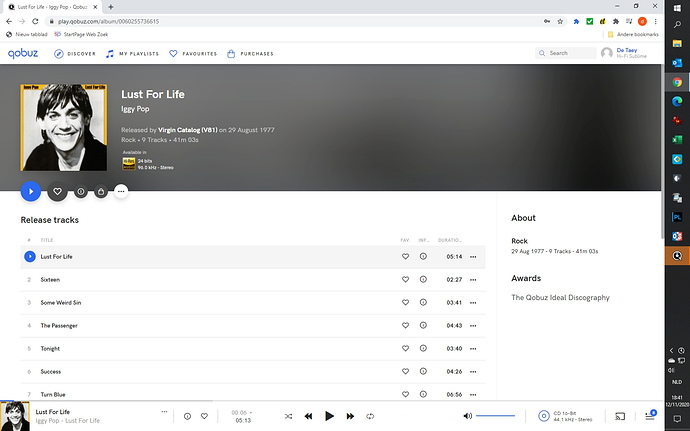 When I go back to Roon, I can of course play the track ‘Lust for Life’ as I have it downloaded locally. 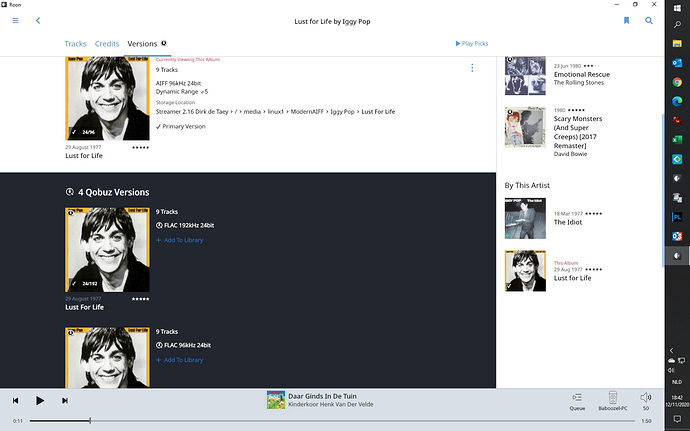 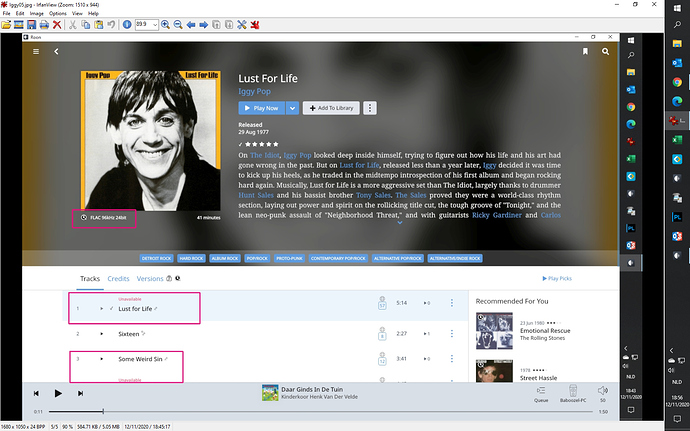 In fact, this means that, purchased or not, Qobuz still communicates the wrong track info, both on its webpage as to Roon (which probably take the same source of information anyway, I presume).

I will try to find another album tonight, with some tracks unavailable to see if behaviour is the same.
For now, I would download the album if you can. 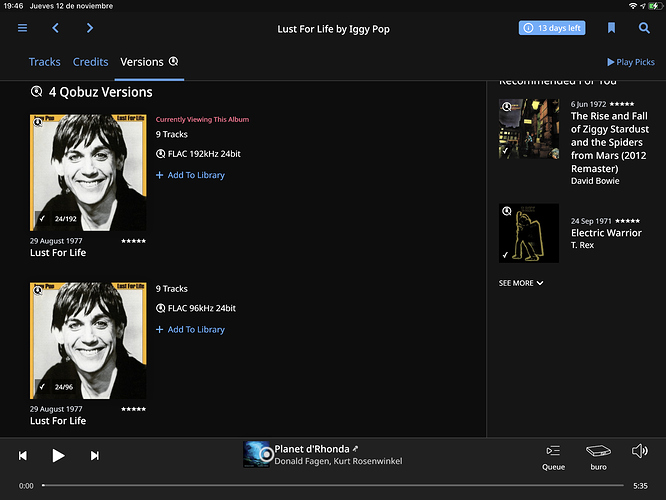 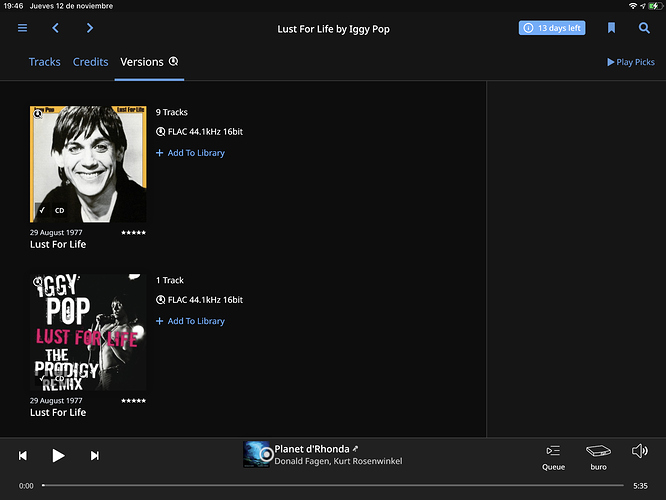 I think you are right, the only way to play the high res versions of these 2 tracks with Roon, is downloading them.
Another way is using the LUMIN app, which is free.
Roon is 10 euros/month…

Another intriguing issue is when I stream following album “polarity” which in theory is 24 bit 44.1 kHz. 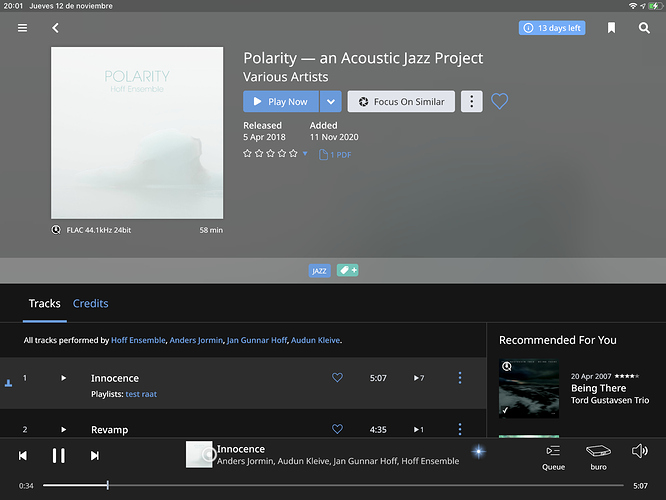 From qobuz.
Qobuz has no MQA.
What happens if I click the signal path? 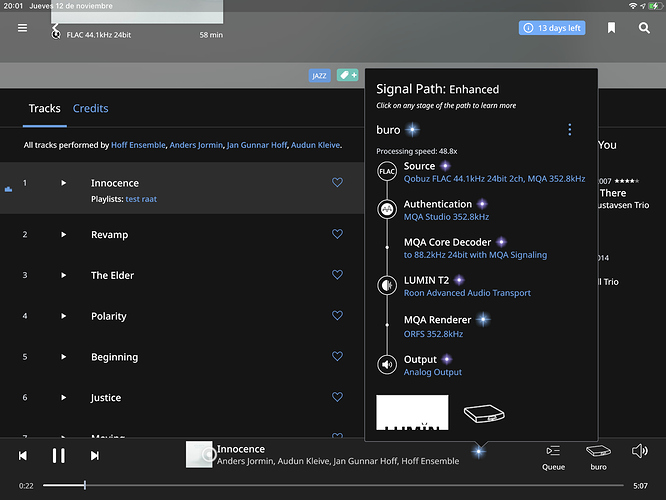 Sure, Qobuz carrries the files given to them by the label. In this case, several years ago at this point, 2L made the announcement that is was ONLY going to provide MQA CD files to all streaming services.