I want to remove a Qobuz album from my library.
But I get 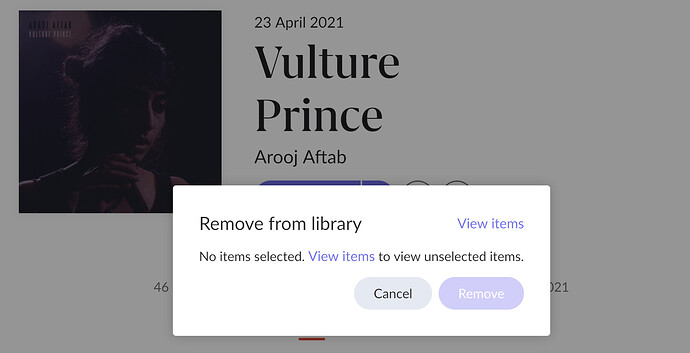 Could you say what you did? It would be useful for future reference if this issue crops up again. Thanks

I’m not sure what did it. But I did run:

And after that, I could delete it.

I was just unable to delete a Tidal album from my Roon library. So, first I went to Tidal and “unfavored” the album. Then, I made sure no control devices were running Roon, then I restarted my laptop control and from there restarted my Nucleus Roon core. After that, I was able to delete the album.