Description Of Issue
Since recently subscribing to Tidal I cannot access my Library, other than those 11 albums. I have NOT lost the media files - they can be played via iMusic/Plex etc. - I just can’t access & play them from Roon? 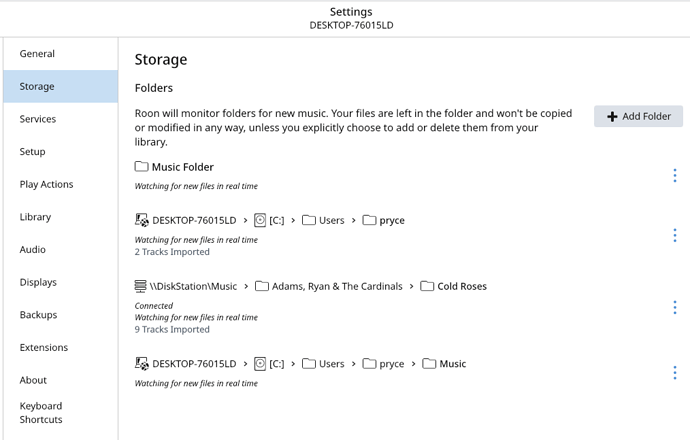 Hi Dylan - I’ve attached screenshot. At the same time I wonder if you can answer the question of why the core - DESKTOP-76015LD - appears twice? Thanks Steve

First, I notice that it looks like you have your Music Folder added a few times here. The second and fourth watched folders could probably be removed as they’re covered by the Music Folder at the top.

However, Roon doesn’t seem to be finding any audio files in that path. Where are they stored? Can you share a screenshot of the files in File Explorer that you expect to see in Roon?

I’ve attached a screenshot of network drive mapping; the audio files are on a Synology NAS (\DiskStation\Music). The odd thing is that in the previous screenshot you’ll see the folder ‘Adams, Ryan & The Cardinals’ which seems to be “stuck” i.e. I can play that track but cannot access any other media files; and that was after signing up for Tidal & saving some tracks of interest to Library. Not sure if that helps in diagnosing? 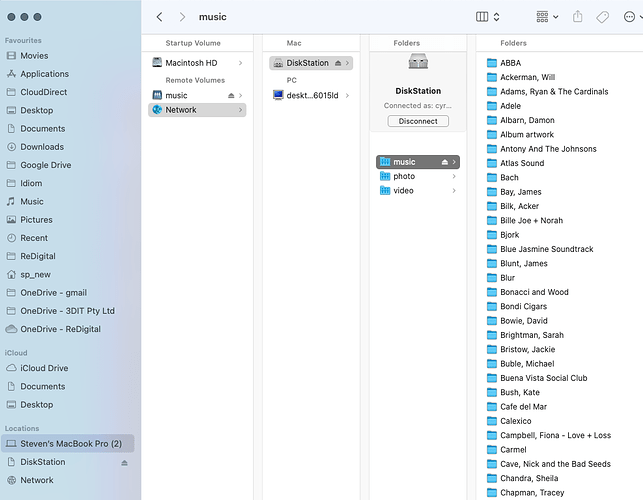 Hello @Steven_Pryce, do you have any of these files showing up in skipped files? If you move some of these same files to a removable drive and you connect that to the core do you have the same issue?