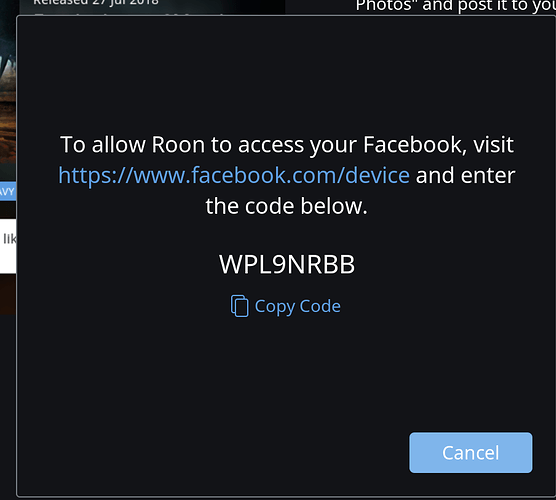 Hey @Robert_Rector — Thanks for sharing your observation with us. We appreciate the feedback.

I wanted to reach out and let you know that we currently have a ticket open with our development team to investigate this behavior. I can’t currently promise any timeframes, but I’ll be sure to update you here as soon as news becomes available.

We just released Roon 1.5 (Build 354) which includes an update to how Facebook sharing works.

Today, with the latest update I was able to share on Facebook seamlessly. Great work, well done