But the lack of Wake on LAN is driving me nuts - just about every time I want to play some music I have to whizz upstairs and wake the Mac up.

If you turned on WOL on the core machine, you should be able to wake it up with a WOL app; no need to do it manually.

Yes, but why should I have to use a third party app for something that other players handle easily ? It really is about time Roon sorted this, or gave a very good explanation of why they think they can’t.

You can wake the Mac up with a WOL program, eg for iPhone: “wake me up”, “Dormilon”, etc. Make sure you check “wake for network access” on the Mac. 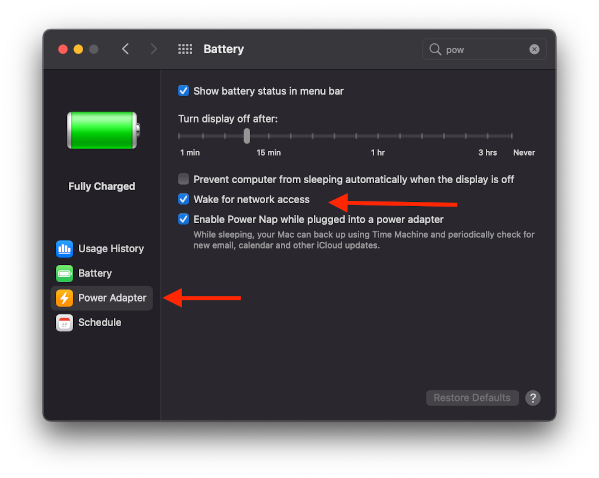 Built-in WOL is one of the very few feature requests I care about, and it’s probably never going to happen.

In today’s “Green” world, I think it’s a good idea if the Roon Headless Server can be allowed to sleep after an inactivity period I have my Mac ‘server’ set to sleep after a certain period of inactivity…but it does not detect that the Roon app is actually sending data to an Endpoint…the Mac goses to sleep and therefore Music stops without any warning Can Roon change its communication to the OS, such that the OS knows that there is Activity and therefore does not allow the computer / server to …

I agree. I suggested this as a workaround.

The weird thing is that this used to work for me until 2.0. In a way it still does – I can scroll and manipulate the library, but it loses contact with the streamer.

“No audio devices found” when Core iMac is asleep Support

Roon Core Machine iMac m1 24", latest software. Networking Gear & Setup Details Sagemcom modem (bridge mode), Linksys Velop router Connected Audio Devices Bluesound node 2i Number of Tracks in Library 9287 - Qobuz only Description of Issue [image] [image] I have to wake the core machine to make the Node appear. Once that’s done it works fine until the iMac goes to sleep again. “Wake on network” is on and it used to work fine until 2.0. As you can see, browsing the library is possib…

What year iMac? This comes up a lot but I’ve never actually looked at what the wattage is of an iMac with WOL turned on. It’s certainly not zero. So, I just wanted to figure out idle vs. WOL on these machines.

If you want to get to zero you have to unplug the machine. WoL isn’t zero and, looking over some other products, can be over 3 watts.

@Stephen_Judge , have you looked at Amphetamine? 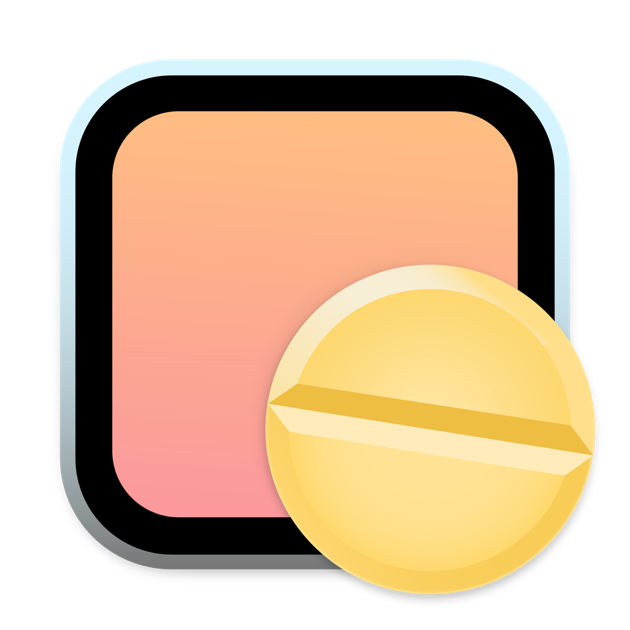 ‎Welcome to Amphetamine, the most awesome keep-awake app ever created for macOS. Amphetamine can keep your Mac, and optionally its display(s), awake through a super simple on/off switch, or automatically through easy-to-configure Triggers....

Downloaded Dormilon and input IP and Mac address details.
Mac is asleep. Tried to wake Roon Core - no effect.
Setup here is Roon Core running on the Mac, Roon App on the Ipad and a single endpoint via my stereo amp. Mac is ethernet connected to the wifi router. Ipad operates over the wifi network ( as you would expect).
When I try the wake command on Dormilon I can get to Roon settings but cannot start the core and no audio devices are found.
What am I doing wrong ?

Have you got “wake for network access” (or similar) checked on the Mac core?

Yes. As in your very helpful diagram.

This should work, WOL is part of the network controller. And there fore controlled by the OS (Operating system).

Also make sure to set a static IP of the network MAC adres trough your router. This way the WOL package can reach the MAC (PC).

Is the MAC booting from the WOL? If so, is auto start in for the Roon Core.

Cannot access the router to set static addresses ( comes as a package from my ISP). However the Mac always shows the same IP address.
I can’t see any ‘Auto Start’ option in Roon Core - is that what you meant ?

I understand the lack of a WOL feature is absent from Roon and has been for many years. Roon seem reluctant to add it - even if they provided a user selectable option for the vast majority of users that just have a core - controller - endpoint setup.

All we’ve left absent is the WOL button in the Roon app, but there are perfectly capable apps that can do this already. We have enabled WOL support on the Nucleus and we recommend turning it on for ROCK NUC installs.

I can’t see me renewing my subscription.

Over a missing button that is not our core value proposition? Ok… can you tell me what you liked about Roon at all when you did subscribe?

Also make sure to set a static IP of the network MAC adres trough your router. This way the WOL package can reach the MAC (PC).

This is absolutely not needed. The WOL packet works at the ethernet level, and does not care about IP addresses at all.

I can’t see any ‘Auto Start’ option in Roon Core - is that what you meant ?

He’s probably talking about RoonServer, the headless version of Roon.

Why on earth should I need to use a third party application for such a basic function that many alternatives to Roon provide ? Is it really beyond you to enable such a feature for basic setups - which I am sure the vast majority of us have ?
You could make the function user-selectable with the warning that it may only work for simple Core - Controller - Endpoint installations if there are technical issues that might cause problems for people with, for instance, multiple endpoints.
I like Roon for its seamless interface twixt streaming service and library, for its artist information and suggestions, and ease of use. There are other providers that offer similar aspects albeit not in one bundle. LMS with a Qobuz plugin did most of what I need although the glaring omission was not being able to save a track I liked on Qobuz to a Favourites folder on the controller (IPad in my case).
But it is driving me mad having to run upstairs to wake up my Mac ( running Roon Core) most times I want to listen.
I have tried two or three different third party apps with WOL but none have worked. I set them up with Mac IP, Mac address and press the button with no result. The IMac remains sleeping and I just get a ‘No audio devices found’ outcome.
Please, explain why you cannot provide a basic WOL button in your product - even if it is only workable for basic setups as described above.
Thanks

Please, explain why you cannot provide a basic WOL button in your product

because then this would be in store for the Roon support team:

I have tried two or three different third party apps with WOL but none have worked. I set them up with Mac IP, Mac address and press the button with no result.

You tried 3 apps. After Roon failed you, you would have tried 4 and blamed Roon.

Setting up WOL is pretty basic stuff, and outside the scope of a music app.

Just use amphetamine for Mac