Description Of Issue
Just tryin out the CD Ripping feature of Roon OS and successfully ripped my first CD!
Problem is that it isn’t identified and therefore lacks any identifying metadata. 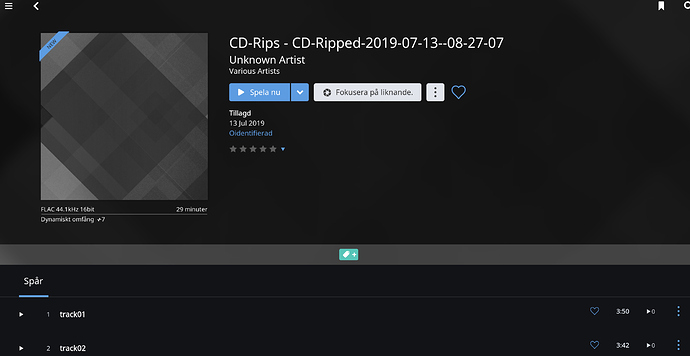 This album is already in my library, ripped with XLD (which identified it correctly afaik) where it is presented correctly and also identified by Roon: 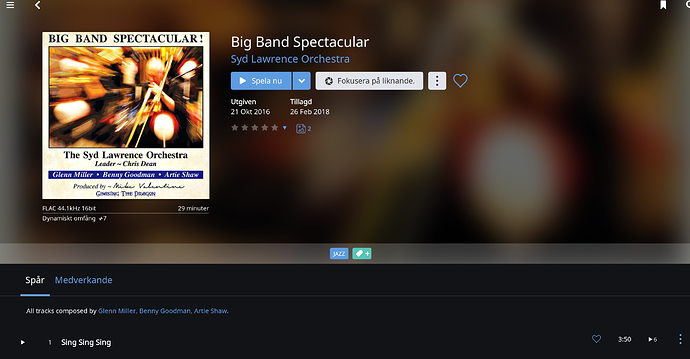 I also tried ripping the CD layer of my Norah Jones - Come Away With Me which was successful: 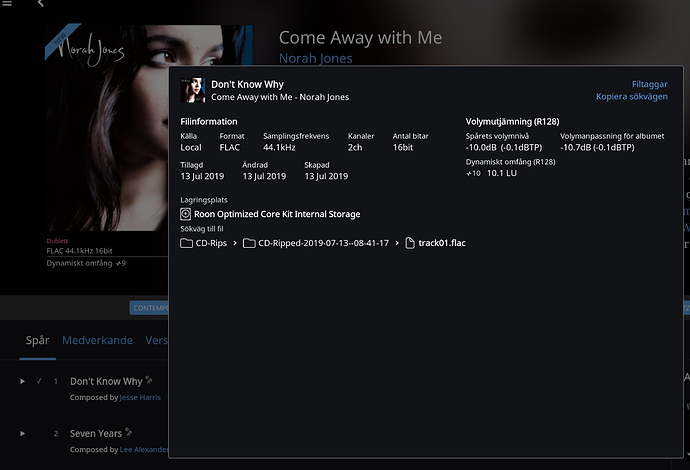 So, how come Syd Lawrence Orchestra couldn’t be identified by Roon ripper?

What are your metadata preferences for the Syd Lawrence album that is identified?

Afaik i have done nothing manually.
The release you linked to seems correct, but i tried to manually search for my unidentified release after naming it’s folder to something more appropriate:
Syd Lawrence Orchestra - Big Band Spectacular

Roon then finds a few alternatives where the top one has got the wrong cover but is otherwise correct; 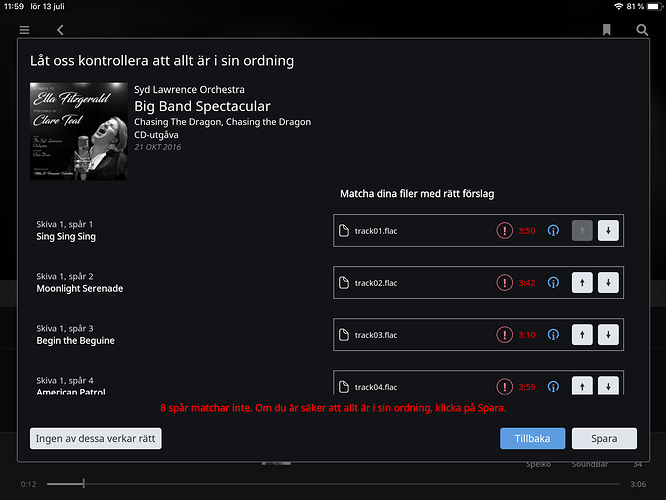 When i examined my identified release, i found it had an embedded cover image which was automatically selected in Roon, as it was slightly bigger than the one shown above, which is wrong.

Your metadata preferences are either set in the import settings or individually for each album. One reason Roon may have identified the album ripped with XLD is that your metadata preferences are set to ‘Prefer File’. XLD uses both Musicbrainz and CDDB for metadata. Whilst Musicbrainz lists the release there are no disk IDs so you would need no manually tag this album from that source; this may have been done through the XLD interface.

Everything set to default, which is Prefer Roon on all, except for Label, Country, Catalogue No and Product Code.

I just changed all values to Prefer Roon aside from Images where setting is Prefer Best.

Would you mind sharing this album with us so we can take a look?

You’ve got a PM Dylan!

Thanks @Mikael_Ollars — I’ve passed this along to the team.

Why are you ripping and not naming the folder the name of the album or naming the tracks with the song titles?

If you are asking me, this was just a test to check out the Roon OS ripping function in build 175!
So the folder and file naming is Roon’s choice for automatic ripping and storage.

As some said in the release notes; “Your rips will be found lacking outside of Roon”

But i generally always go through my rips with EZ CD Converter as most automatic rippers i’ve tried fail to embed covers, or doesn’t populate Album Artist which is pretty annoying when you consume the files with JRiver, BluOS, UPnPservers like Minim/Twonky etc…

Wow! Roon’s ripping option is horrific! Not only are they lacking…good luck identifying what they are outside of Roon.

Hi @Mikael_Ollars — Thanks for your patience while we looked into this.

Much like other ripping applications, the identification of an album often relies on the matching of track times to make sure that we are accurately choosing the right album to apply the metadata to. Unfortunately, this album is a bit of a rare case.

If you look at this album on AllMusic or MusicBrainz you can see that track data is available, but there is no data about how long the tracks are. This is actually pretty rare to see for us, but if our metadata providers don’t have data about the length of tracks, we aren’t able to confidently determine the identity of the album.

In these cases, the best option is going to be performing a manual identification of the album in Roon.