Qobuz has two 24/96 versions of A Love Supreme…

Looking at the track credits in the Qobuz app you can see the 2015 release below.

I don’t see any way to differentiate between the 2 releases (by year) in Roon.

Am I missing something? Has this been asked/spotted before? 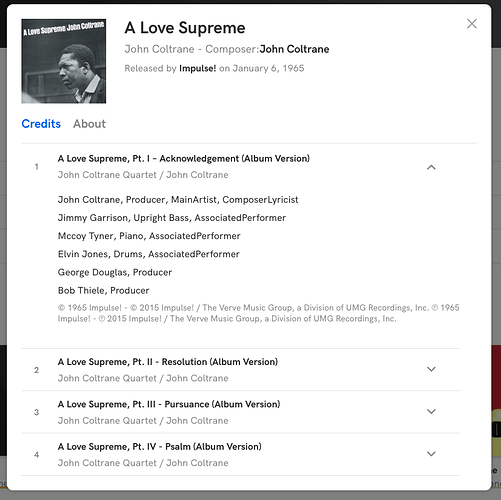 My Search via Roon gives me 5 versions 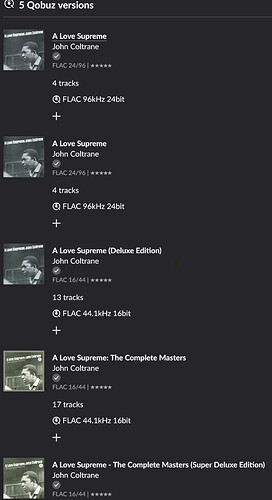 Looking at the 2 4 track versions, which appears to be what your viewing, I added them to my library and see they have different product codes

if you want to get confused, search on all Releases: a love supreme music | Discogs 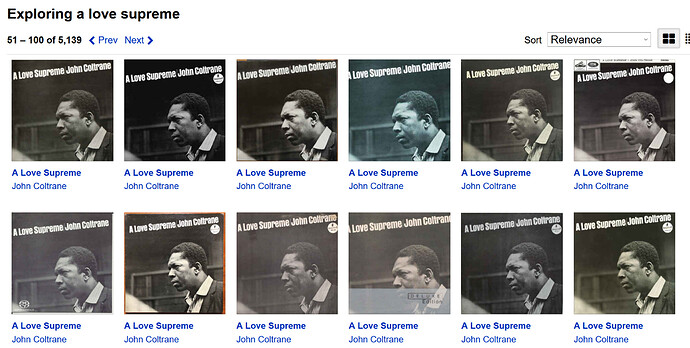 O and Discogs lists this note:

Thanks but look at my screenshots above closely.

Qobuz itself can show me which is the 2015 release… via the Qobuz app.

My question to the Roon guys is why I can’t see that in Roon to differentiate from the 2013 release.

Surely it’s been asked before.

Prior to 1.8 both the original release and edition release date where shown on an album page.

But Roon are aware:

Release Date is not displayed in Album View [Ticket In] Support

Hi, @Martin_Schneider , @inonio , thank you for your reports, we have an open ticket about this issue. – Ivan

The only way to see the info is to use the album metadata editor (which in this case is wrong anyway): 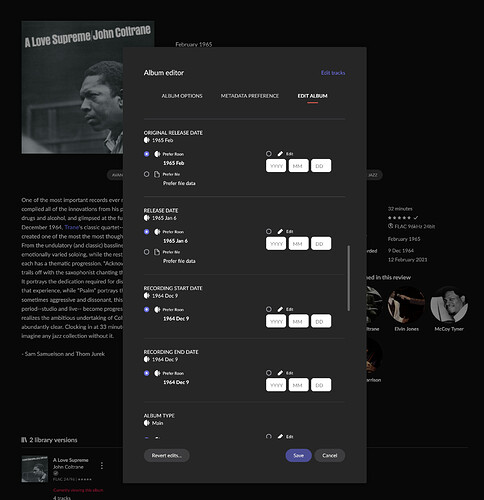 But even if you correct the metadata, it won’t appear on the album page.

Prior to 1.8 both the original release and edition release date where shown on an album page.

But Roon are aware: