Well, this is a BluRay player in addition to being a CD player. I found it to be very reliable; many external players aren’t. Still, the price is probably a little high for what you want. 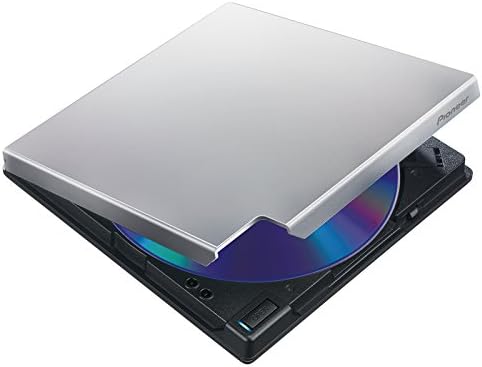 Thanks for the pointer. Do its power requirements suggest that it will work with a Nucleus? I was a bit thrown by the Super Drive behavior this afternoon, even failing on the high power USB port on my dock. It only works connected to a USB port on a computer. A number of USB peripherals are like this. I wonder if there is a documented voltage/amp level that lets us know - for all drives, not just this one. I see in the reviews of this one that at least one person said they had to plug two USB cables into it for it to work

I think I should put this post on the support site. I assume that the Roon QA department has tested the Nucleus with at least one CD Drive.

I have it connected to my NUC.
I rip both CDs and Blu-Ray.

Thanks very much. I did search before posting, clearly not well enough. I created a support entry. I would like Roon to list at least 1 or 2 drives that are known to work. I think this is reasonable.

My rule of thumb has always been that Apple tend to make stuff that is only compatible with Apple stuff. I suspect that any other brand of USB CD drive would be fine, particularly if the specs say that no driver software is required…

It would actually be easier to create a list of drives that are not compatible with Nucleus/ROCK. Everything listed as working with a PC should work. How good at ripping or reliable it is would be a different matter. But spending a bit more might be prudent. The specification for a USB drive off Nucleus will be exactly the same as any normal PC including the NUCs. However this is all dependent on having an adequate PSU for the Nucleus to begin with.

I’m using a LG SP80NB80 that was available at Best Buy. It works with the NUC8I7BEH/Rock setup. The price was 39.99 when I got it but looking this morning it is 19.99. Had it for 2 weeks so I’ll go get them to refund the difference. Don’t know about speed vs other brands, just got it to try the CD Ripper function.

What do you mean by “adequate PSU” for the Nucleus. It is what was sent with it.

The one sent is fine but some have opted for LPSUs that may not support the machine under heavy load.

@Mike_LC - is there a way of knowing based on published specs how well it would do as a ripper. Would faster (say 8X) equal higher quality? What I want is to get a bit perfect copy.

I don’t think faster vs slower makes a difference. It’s the quality of the drive and the approach of the software. Let me explain.

One of the best tools on the market is XLD. You can download it from a number of places including: https://sourceforge.net/projects/xld/

It’s approach is to:

It is this kind of approach that ensure you get the best, high quality, accurate rip. You can also use XLD for transcoding for use by other CODECs.

I don’t know much about Roon’s integrated ripping but I would guess it’s not sophisticated like this but having it integrated makes it really convenient. If you want to rip your collection once in lossless format and ensure you’ve done as best you can to get a perfect rip you’d be better served running a tool like XLD on a Mac and then moving the files to your nucleus. XLD is not the only tool that does similar things but it’s one of the best but I know there are other on Windows if that is your preferred computer platform. Many users here use DBPowerAmp on Windows which also uses the AccurateRIP db as an example.

Hmmmm/… I was told that if the tracks were not ripped to the Nucleus, it would not work. Perhaps they meant the files had to be on the Nucleus in either an internal drive or one that is connected via usb.

This link indicates CD Paranoia is used by the Nucleus/Roon Software.

If you are correct in my ability to rip on my mac and copy to the nucleus, I don’t need to buy another drive I can use the Apple Super Drive which is supposed to ve very good.

This is what I do. My mac and and attached storage is my media master. I rip there, do any metadata editing there and then copy/sync files over to the ssd on the nucleus. You do not have to rip on the nucleus.

Sounds good. I have just dowloaded and installed xld. As it turns out there are two choices for ripping, XLD Secure Ripper, and CD Paranioa III. I assume you use XLD Ripper, correct?

The LG is 8x and I did use it to try the Roon CD Ripper. It is convenient to have the files available imediately. I used DBPOWERAMP to rip my small library, 300 cds, on my Windows Desktop then used drag and drop over the network to the internal ssd on the Nuc. Have not used the CD ripper enough to form an opinion.

@Jon_Saperia you’ve probably used the CD Ripper more then I have by now but I did just rip 2 new cd’s. The results were as expected, files in CD-Rips folder with the albums labeled ripped,date,time and the tracks named with numbers.flac. That part is different from my pc ripper with the actual albums and track titles but the end results is the same. Albums appear in my library with the metadata. Works fine for quick ripping of a couple of cd’s which is what I wanted. If I had a new collection to rip I would go for the desktop versions.

Thanks everyone for the pointers. @Craig_Palmer suggests I can rip the cds on my mac. That way I can use my superdrive. I will do one as a test to see how it goes. I have created the directory on the SSD in the Nucleus + per the instructions call CD-Rips.

You can setup a watch folder on the nucleus to watch your rip folder on your mac. That way you have them available immediately (or almost immediately). You can then (if you want) do further metadata editing or whatever and move the final version over to the ssd on the nucleus and delete it in the watch folder and nucleus will pick up the new version and delete the old. This is what I do. I also use this approach for watching folders where dowloaded itunes, hdtracks, qobuzz etc files would appear if I buy them so they appear immediately and then edit them as needed and move over to the nucleus ssd when finalized.