Hi i am having an issue with compilation metadata/albums being in wrong section. 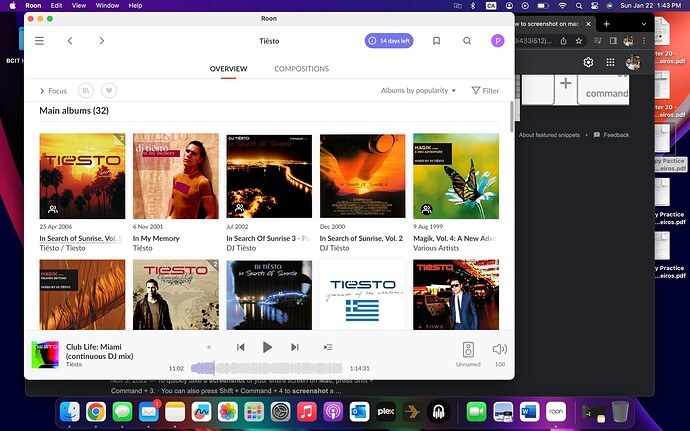 All files are local i am not using Roon for other streaming services and organization is the main reason for me trying out Roon.

There is no compilation area never has been. All albums show under albums regardless of what they are, You can filter them out using Focus. As you can see compilation can be invereted to not show them, Focus will stay in place until you remove it on the remote you set up on. You can save it as a bookmark for use on any other remote.

If a singles is identified as being a track on an album you will see the album show up regardless if its one track or not.

You need to choose use you own metadata if its assigning the wrong thing and this may sort some of it. Roon will try and match it to what it gets a match to in its database so is likelt mathing tracks the original albums they came from if the compilation you have is not known in their metadata services. 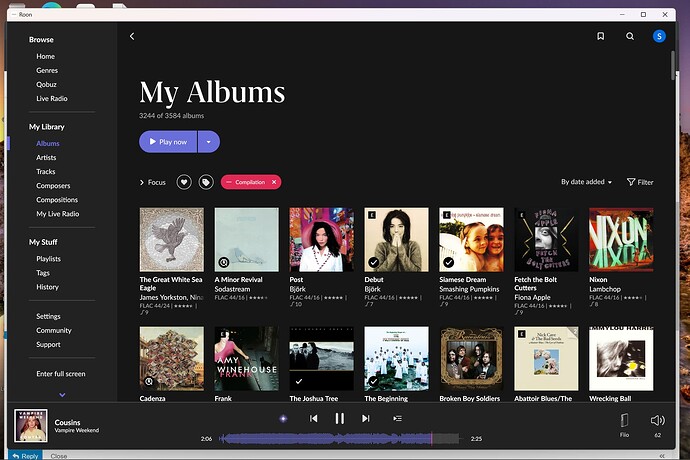 There is no compilation area never has been. 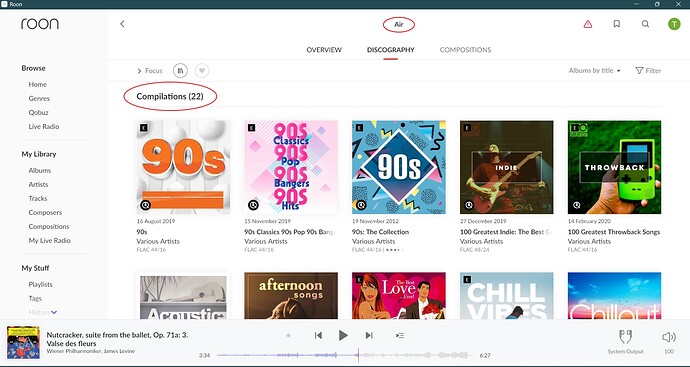 But like the OP I find roon doesn’t seem to process “compilation” or “album type” flags (album, EP, single etc. ) very consistently. I don’t remember it being as bad as this before so maybe there is a regression error in recent freleases? For example, for the band “Air” roon correctly groups the following album in the compiltaion section: 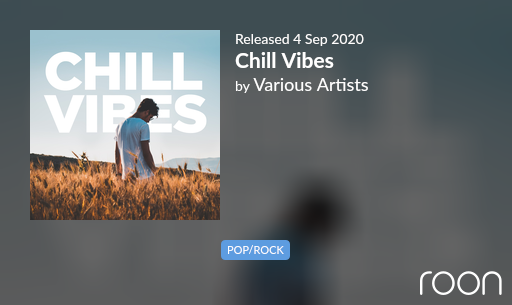 The problem is that it has no “compilation” flag: 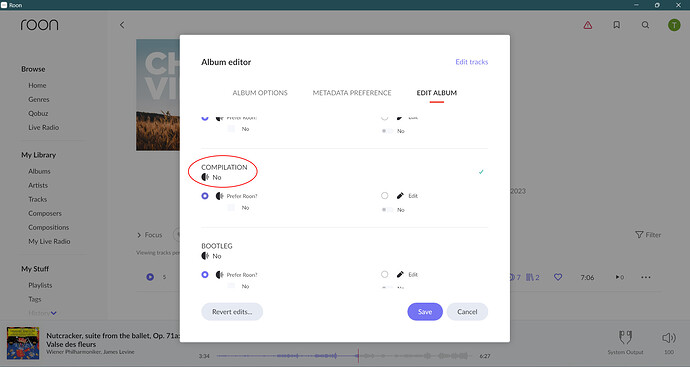 Because this seems to be a DJ mix album and DJ Tiësto is credited as the mix-DJ for it (main performer credit for the album). See also: How to tag mix compilations?

The flag gets used by metadata providers for all sorts of things – so it’s meaning lacks a simple to grasp definition and users are prone to get it wrong. See also: Compilation vs collection vs anthology vs compendium

From @blackjack’s link and also my own memory this is is one of those messy difficult to undertand areas in roon. Just like the OP I would also like a more straightforward and comprehensible way of organising the large discogrpahies that you get with a subscription service like Qobuz.

@CrystalGipsy Thanks for the reply . I guess it could be hit or miss because some of his albums were under compilations in the discography but they have been moved under the main album section.