Gary, the Roon Core needs to run on a computer (as things stand now)

It’s not clear what you mean.

Roon must run on a computer. The Aries doesn’t have enough RAM or grunt to run RoonServer.

You don’t have to download or store music on a computer. You can use an NAS or a hard drive or SSD attached to a router.

I have experimented with an SSD attached to the Aries and Roon, and it didn’t work for me. The reason is that the audio stream has to go through the Roon Core. That means it goes Aries - Core - Aries in real time over the same Wi-Fi connection, which didn’t work for me. I attached the SSD to the router, which had an Ethernet connection to the Core, but there was a bug with the Aries (now fixed). In the end I put the SSD in a BRIX and have never looked back.

I use the aries with an external hardrive. I also run qobuz and tidal which is all control with my I pad as remote. I was so happy to move away from the need for computers.
Plus being able to access on the move from my android is great with offline options.
If I have to download roon to a computer will it have to be on in order for roon to work on aries.
Also I have noticed the roon button on vs3.2 on aries which prompted me to check you guys out and from what I see sounds and looks good. I just do not fancy having have my lap top on just so so I can use roon on the aries.
Also my I pad is a little old so when I tried to download the app from mac app store it said the ipadi have does not have the capability for the app to work.
Any suggestions 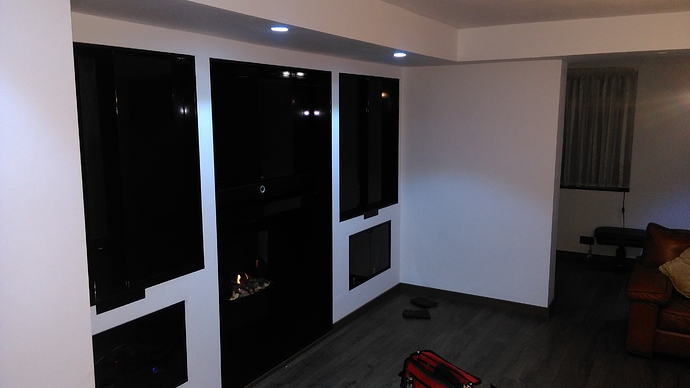 Merged your posts. As you can see from above you do need a computer for Roon, but it can be in another room with your router and stream to the Aries. Your music storage would need to be on the computer or router, not the Aries.

The computer has to be on to listen through Roon. A mobile solution for Roon is in the works but is still some way off.

See here for iPad requirements. Later iPads, such as the Pro, will also run the app.

I was so happy to move away from the need for computers.

But, the Aries IS a computer, so you really haven’t gotten rid of computers.

It’s funny how audiophiles think putting a little box running linux beside their equipment is getting rid of computers.

Please don’t take offence Gary. It’s a general observation I see all over the net and I don’t mean to insult you.

I overall agree with you, but I think many people when they say that are referring to the noise, size, etc. of typical computers. Something like the Aries is small and silent, and works more in the role of an audio device/appliance - albeit one that computes.

If you didn’t know what it was you wouldn’t have many clues that it is a “computer”.

That is my logic danny
It is in my music room silent works wired or wireless albeit it is important to upgrade your router to minimise dropouts, even better with highest speed internet if you dont mind the premium.
With roon it seems like I will need another computer (aries being the other)
I just need advice on which on i.e simple laptop or all out caps. Maybe somewhere in the middle.
Whatever it is I assume it will need to have anti virus/firewall and an o/s of some sort.
When you just want to play your music sit back and relax you just want your computer to say “please wait while system up
dates firmware” from time to time and thats it pretty much.
Aries does this, I hope Roon tech or anyone else on this forum can help with selecting equipment that works away quietly in the background which does not have to be left on when the rest off the system powered down at worst goes into sleep mode minimal risk of being hacked.
Is there a program that roon makes which will help a laptop or headless computer work solely for the benefit of playing music where it switches off or deletes unecesarry system files with a particular o/s
Help!

Maybe I’m reading too much into what the OP writes about wanting to eliminate computers. I for one understand his sentiment. Requiring a -general purpose- computer to run Roon (for now) is a deal breaker for me as well. I just don’t want them involved in my music enjoyment. There are plenty devices that run Linux that I wouldn’t call a computer (e.g. a Tesla Model S).

Aha – wait until your Tesla gets hacked…

Other options may come. For now, it is a regular computer. But I wrote about how I configured a NUC to work as simply and reliably as a 1970s FM radio: it contains its own storage (SSD) so it doesn’t require a NAS, it has a network or USB connection to the audio system (or wifi if you prefer), no screen or keyboard or mouse, and when you turn it on it automatically starts a Roon server. I always leave it on (draws 20 W). It has built-in Windows anti-malware. The NUC is smaller than a stack of 5 CD jewel cases, very neat.

(Ok, setting it up was a bit complex, as you can see in my description, but following the description is easier than making it up. And maybe some day somebody will sell a pre-configured box like that.)

I don’t put -general purpose- computers by my audio equipment either, I have a SOTM USB card in mine to reduce that possible noise. Though right now I’m using my Squeezebox Touch which again is a smaller computer and works better size wise in my environment right now.

Gary, if you are going to have an Aries at your audio equipment, you don’t need to audiophile up a computer to serve the music to it. Any computer barring it has enough power to run RoonServer or Core will do. But you will need at least that one -general purpose- computer someplace.

Yes, I get it. Lots of things use computers use computers under the hood. And yet, I doubt many people talk about forgetting where they parked their computer. My point, and I believe @Gary_Francis’ point, is that if my music system is going to include computers (oops forgot, it already does, I have a Meridian MD600 NAS and an 818v3), I want them to behave like an appliance designed for enjoying music. On/off switch, not much else. It’s a personal choice about how I much I want to deal with general purpose computers

I don’t put -general purpose- computers by my audio equipment either, I have a SOTM USB card in mine to reduce that possible noise. Though right now I’m using my Squeezebox Touch which again is a smaller computer and works better size wise in my environment right now.

The potential for noise is a concern for a separate thread. I bet your setup sounds great and @AndersVinberg’s too. It just wouldn’t be for me.

With Roon all you need is a general purpose computer somewhere on your network running Roon or RoonServer. The Roon computer can be in another room or in a closet. You just turn it on and let it run 24/7. You pretty much never have to interact with it. You can also get something that uses very little power that will do the job. That’s pretty appliance like if you ask me.

After that you can use a device similar to the Aries and/or a touch screen device for control and playback. So I’m not sure I really understand your issue. Yes, you need at least 2 computing devices. But you only have to have one that you interact with in any meaningful way, and that one can definitely be appliance like.

Where can I get info on that system Anders?
20w standby sounds good.
I take it that would be fanless.

Information is in this thread: Simplified Roon configuration: no network or NAS.

I bought a standard NUC and memory and SSD storage at Amazon. Hardware was easy to assemble. Installed Windows 10, then did some tinkering for the automation.

The NUC has a fan. There are fanless equivalents available at Amazon and elsewhere (@Andybob uses a BRIC). At the time the fanless machines didn’t have Intel’s latest chip (5i5), probably do today. The fan is not audible, but I want to get rid of it so I will transplant the innards into a fanless case. Should be a fun afternoon project.

The 2.5 TB SSD was over half the cost. You can get less if you don’t need that much; I currently use less than 1 with about 1,300 albums, some high res, most CD.

Fixed it for ya!

I also use a Brix as some models have S/PDIFout - which is what I use. I personally do not like using USB; my DAC’s USB input is restricted to 24/96 while I get 24/192 over S/PDIF ( yes, including toslink optical), so I’m using S/PDIF.

Yup, BRIX just runs. I use a 120Gb mSATA drive for the OS (about to install a Linux partition) and a 1Tb SSD for music (just over half full with 1100 Redbook FLAC albums).

The BRIX does have a fan and HQP closed form and ASDM 7 turns it on. I may stick it in a closet for that reason.

I am using an Aries too and just installed the Roon server on a NUC. I am wondering for my current situation, is the Aries really necessary or should I just install the full Roon on the NUC and connect my USB DAC to the NUC rather through the Aries now.

All equipment are within the same LAN now