Do you play an instrument?

We speak about music (more or less) here in this forum all the time.

Myself I do play piano, guitar and saxophone. When I listen to reproduced music I have the expectation, how the attack of the piano must sound or the resonance of a string of an acoustic guitar.

So having the real instrument in my ear as a reference, I do not like the sound of some highly respected systems. Something is just missing.

How do you feel about this?

I play guitar for pleasure and it has been a long time friend. I think playing an instrument gives a perspective and understanding of what artists are doing, also it does train your ear. It’s nice jamming along with Music as you listen and you learn a lot in the process.

Chris, I know you love your system. But did playing an instrument have an influence on the way you chose of your system?

I played drums for 42 years and gave it up in 2000 due to tinnitus. Played everything under the sun with various groups, bands, orchestras, etc. and got to tour Moscow in 1989, I think. Being involved in so many different genres gave me an appreciation for all music. My first real “band” started in 1964, so my first love is '60’s rock. Only two of us still living and many later members have died. Weird.

Yes and no, I chose the Meridian sound along time ago when I first heard a 565 DSP 5000 demo back in the day. I have seen no reason to change things over the years.

My first kit was Rogers Ripple Pearl. Followed by a Sonor kit like the one in this picture. I also had Roland electronic drums and sound system. All is long gone now. I bought my son a Yamaha Recording Custom kit. My sister, daughter, and grandson are drummers also. 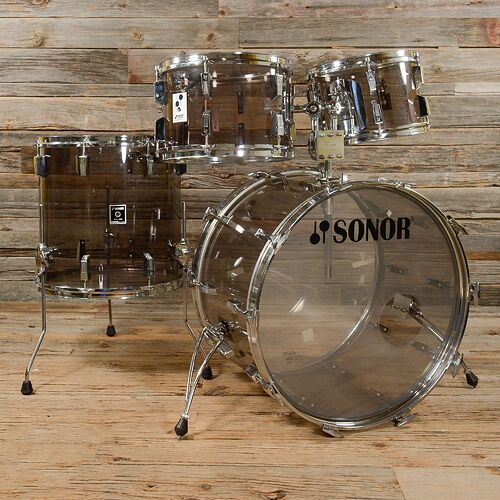 I played (electric) bass way back, and still think it’s a wonderful instrument in the right hands - not mine, I should say! - think Dave Allen, Mick Karn, Percy Jones, Pino Palladino. It strongly influenced the kind of music I listened to when I was playing more actively, and more generally I find that rhythm rather than melody is often what defines the music I enjoy.

These days I dabble in classical guitar, which seems to be very much an art that can never be fully mastered. As a result I’m listening to much more classical guitar music than I did before, partly to learn what good playing sounds like as well as simply enjoying the music.

I think playing any instrument (even if not to a high standard) gives a much deeper appreciation of how music works, and helps to broaden one’s horizons. (Reminds me of the old joke: I like two kinds of music: country and western.)

It’s hard to say whether this has influenced my choice of audio system. Probably more important has been the fact that I enjoy a wide range of musical styles - from chamber music to metal - and listen to quite a lot of live music (at least in the old days when that was actually possible) so fortunately I’ve ended up with a system that plays everything pretty well, at least to my ears.

how the attack of the piano must sound or the resonance of a string of an acoustic guitar.

Peter, I think you are absolutely correct. To my ear, the attack and the tail are never faithfully recreated. I enjoy recorded music but creating the note on a string is sublime. If only I had sufficient talent…

That’s a beautiful kit. The photo must bring back a lot of memories. Interesting that percussion is prevalent in the family; wondering if math skills also are abundant. My son’s drumming used to set off the glass breakage sensors in the house. Thank you for sharing.

Talent is missing on my side too. People would only give me money to stop playing.

I have to wait for my dog to go out before I pick my sax up as he howls the house down. Kind of describes my ability…

Yes, definitely a numbers orientation in the family.

Interestingly, as far as brain function, in general, musical talent is associated with an ease in learning math. While 4/4 time is very simple, but when music teachers talk about 6/8 etc., it is difficult not to get lost in the weeds. I am guessing you saw the movie about the drummer who loses his hearing and the journey that life then takes. While the Beatles could not read music, they had an inherent grasp of time signature. Then we have Ginger Baker and John Bonham…

I mentioned elsewhere that my dog, Boomer, would throw his head back and howl in response to sections of Bohemian Rhapsody. I heard that other dogs do the same. My daughter calls it his “singing the song of his people.” He’s now long gone, “and after twenty years, he still grieves.”

Today we do not have dogs anymore. When we still had them, the first one always tried to put his head in the funnel of the saxophone. He was looking for the notes. The second one always lay down on the sofa when I practiced.

Look at some of the Led Zeppelin time signatures. I can’t even follow some of them without looking at the sheet music first.

Thank you both for sharing. Dogs leave a lasting imprint on us, that’s what makes them special.

That is an interesting one. On the sax, the notes are in my fingers. I can just play them without thinking. Similar on the guitar. But on the piano I feel somehow lost. Maybe the piano is not my instrument. My mother always wanted to play piano, so I had to do it. Starting with 6. I had lessons until I was 21, but it was never really my thing.

That said, at least you can indeed follow the sheet music. How many drummers can do that? 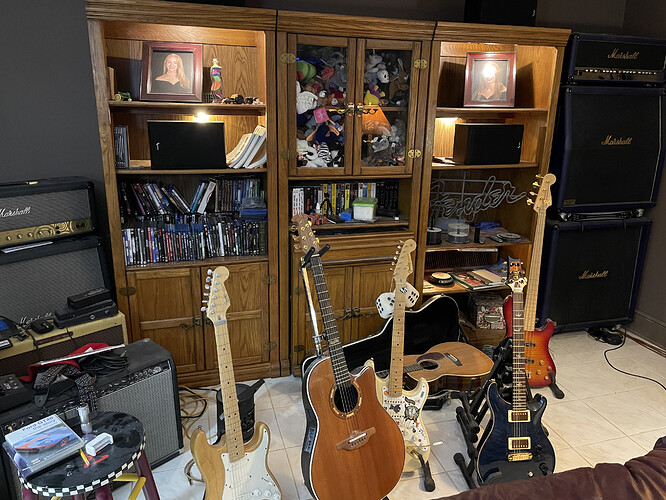