I have an Ipad mini 2 with iOS 9.3 that I want to use to show Roon display. The browsers on the iPad can connect to the URL of Roon, but does not appear in Roon as a display device. I’ve tried several browsers, including Safari and Chrome.

All other devices I’ve tried it on works well, including a newer Ipad and a Chromecast device.

Can I expect Roon display to work on an Ipad mini 2 with iOS 9.3?

FAQ: What are the minimum requirements?

Roon will run on just about any recent PC or Mac. Performance and quality of experience will depend on the size of your music collection and the performance of your hardware. Check out this comment on our community site for the nitty gritty details....

I’m asking about Roon display in a web browser, not the Room remote (or core) which are the only products mentioned in the FAQ.

As I understand it, Roon display should run on any browser, or at least could run any browser.

I just got it to work on my iPad Mini 4 running IOS 14.4. I use Google Chrome on that iPad. 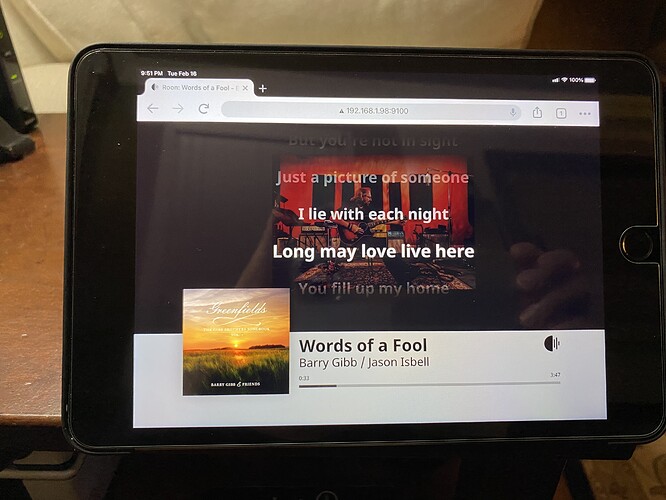 Roon display should run on any browser …

The question I’m looking for an answer to is Roon display works in Safari on an Ipad mini 2 with iOS 9.3.5?

It’s working for me on ipad mini 4 as well. It is just from iOS 9 it does not work.

I would update that iPad to the latest version of IOS it will run. Then give the Roon display a try. Either it will work or it won’t. Is there some reason you can’t update to IOS 12?

As mentioned earlier you need to update the iPad Mini 2 to iOS 12.5.1. This will allow you to install Google Home and have the necessary versions to run ChromeCast.

Since I have no option in the ipad to upgrade the iOS-version I had an extra look at the ipad. It It turns out it is actually an ipad mini, gen 1. So that explains why I’m not able to go higher than iOS 9.3.6.