Does the endpoint matter if you are just plugging it into a DAC?

Let’s say you have a DAC and you want to stream via roon to it. Does it matter if you use a computer or a raspberry Pi, or a bluesound node or whatever else you got lying around as an endpoint connected to the DAC? Will they all essentially sound the same…….
For argument sake, let’s also say all you care about is 16bit/44.1

Does the endpoint matter? Or is it all about the DAC?

The digital transport should not matter for the sound quality, as the bits delivered to the DAC will be the same. The DAC alone determines the quality.

When I got my new Chord Mojo 2, it had a lot of noise when connected directly to my Dell laptop USB playing 96 or 192. It’s perfect when connected to a RPi4 running RoPieeeXL and connected by ethernet. So yes, it can make a lot of difference. 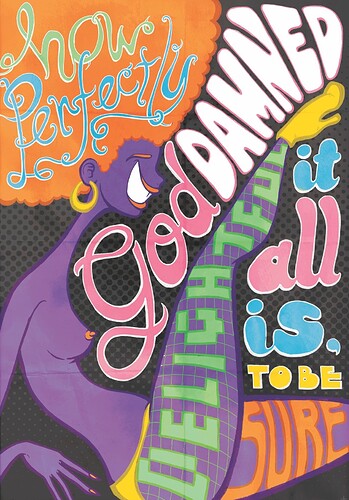 Don’t do that. It’s the best DAC I’ve ever heard. The problem is my Dell USB.

But then why would you compare a defective USB output with a functional RPi?

It’s not defective, it’s noisy. I answered the OP’s question. Sorry, I’m not going to get sucked into another argument.

So the USB was performing according to the specs, while the USB DAC was not. I see no argument as to where the fault is. I’ll still avoid.

There is not a straightforward answer to your question. In theory it is ‘all about the DAC’. But in practice, due to poor quality engineering/cost saving decisions, some DACs behave differently in how they behave when fed via different inputs. So what you use to feed them can also be a variable. You can have a DAC behave/sound better on say USB, than optical or Ethernet input for example. Unfortunately, cost does not seem to provide any guide as to what to buy.
Any DAC that claims to be galvanically isolated via USB should avoid any grounding issues (very common when connected to laptops it seems) and all modern DACs should be immune to optical jitter (due to buffering). Ethernet is galvanically isolated by design but avoid any cable higher than Cat 5e spec due to presence of connected shields in the cable which could bypass this isolation.

The usage of ‘sounds better’ always seems a bit dubious in these sorts of posts.

If you have a loose, poorly fitting speaker connector that causes cracking whenever it’s moved slightly, then logic dictates that any connector that doesn’t crackle when moved will ‘sound better’.

As already stated above, if your DAC is well engineered then other than physical fan noise (from the transport itself) it shouldn’t matter what is providing your DAC with a PCM stream.

If there are issues you’ll notice them as clicks, pops and dropouts in the digital domain or as obvious hiss/noise, if you have an issue with isolation/grounding, in the analog domain.

It is your own ears and brain that can decide the answer to that question.
I use regularly everything from cheap Nano Pi Neo 2 up to the Auralic Aries G2.1. Is there an audible difference, oh yes… Do they all play back bit perfect media? Oh yes…

And there will always be people telling you “there cannot be a difference” because Amir said so or some other pseudo scientist that cannot measue these differences, and still, they are easy to hear.
That said, the Nano Pi Neo (2) is a great streaming transport for the money!

Can you describe the noise? I’m thinking it’s a driver issue affecting the digital stream rather than analogue noise.

A couple of years ago, I was playing with using volumio on raspberry pi 4 with USB out to my DAC (Yggdrasil). This was noticeably worse than from my windows desktop HTPC, using SPDIF out. Because it was so bad, i connected USB out from my HTPC and it sounded quite close to the SPDIF out and much better than from the raspberry pi.

By the way, I just plugged my Mojo 2 into my Dell USB port and I’m getting zero noise. This is when using ASIO or WASAPI. So, I don’t know why I was getting noise before??

I’m glad it’s working fine now. Maybe the noise was not USB-related. And maybe it’s a good DAC after all. At around $800, it’s not as expensive as I though it was, not sure why…

I find the endpoint can be problematic — depending on isolation and jitter. I get the best sound from my DAC using a USB to SPDIF converter that re-clocks the music and isolates the DAC. Most DACs will sound better this way than on their USB inputs. With the converter in place, the USB computer feed becomes much less/no issue. The goals are to isolate from the computer and to eliminate any dependence on USB timing (by buffering).

All new DACs use isochronous USB transfer, or what is loosely called “asynchronous USB”. In this configuration, the DAC uses its internal clock exclusively for D/A conversion. If the USB rate is too high, the controller tells it to slow down a little bit, and if it’s too low, it tells it to speed up a little bit. This way, the DAC buffers should never overflow or underflow. There is zero dependency on the USB clock, so there’s no USB jitter. On the other hand, S/PDIF bus clock cannot be controlled this way, and since the DAC cannot rely exclusively on the bus clock, it has to adjust its internal clock ever so slightly to compensate for the delta and make sure buffers will not over/underflow. You now end up depending on two clocks, and the bus jitter matters. I don’t see a reason to do this. If you can’t trust your DAC’s clock and isolation, I guess you can’t trust your DAC.