i’m impressed by the roon package. Very well done & keep on going.
Nevertheless i’m experiancing streaming issues which started from day 1( a couple of weeks ago).
I have worked on improving my network stability and did read a lot of comments in this forum.
I’m getting closer to the root cause and want to share some thoughts.
My set up is: cable internet(180/20)>Ziggo Cisco EPC3928 modem/router(bridged)>Asus RT-N16(Tomato 1.28)>QNAP TS251(8GB-QTS 4.3.2beta). The TS251 is running the Roonserver package as supplied by @Crieke. Roon installed on 256GB ssd.
Endpoints are Auralic Aries(wired) and Pi2b with HifiBerry HAT(wired) & Hifiberry roon image. Both end points are linked in one zone.
My remotes are Android tablets and a W10 pc.

The issue: streaming from the TS251 hdd works fine, streaming from Internet radio or Tidal Hifi is not.
Radio is much more stabile then Tidal but has ocassionial drop outs too.
I found out that the cpu load of the TS251 is quit high when playing Tidal. It can reach over 80%.
I also noticed that when it drops out it is while downloading a lot of data. This happens at the start of every new song.
I now have switched off all other applications on the TS251 and are just running Roon. That seems to be an improvement but needs longer time to conclude.
I do know that the minimal requirement for Roon is i3 but i’m surprised that the TS251 with intel celeron@2,4 Ghz is overloaded.

Would like to hear if there are any customers who are running Roon stable on the TS251.

TIDAL: a network or connection error is interfering with TIDAL playback
Henry_McLeod (Henry) January 10, 2017, 8:08am #2

No experience but from the dark recesses of my mind the words Jumbo Packets leapt out. You may need to check this is turned off on the router. It is a guess but worth looking at.

Have you checked what happens if you use your QNAP as an audio endpoint (connect a USB DAC to it)?
I am wondering if there is a network related issue or if there might be a bottleneck somewhere in your network.
By connecting a USB DAC directly to your QNAP you could rule out 1 additional network route ( QNAP >> Auralic).

I also noticed that when it drops out it is while downloading a lot of data.

Is in this case the QNAP downloading a lot of data or some other device in your network?

I can understand you’re questioning the network. That were my initial thoughts too. I have made many changes in the last weeks and yes i made progress but still not 100% ok.
Because i do not understand what is going on i do not rule out the network as a root cause either.
Following your recommendations i have moved the TS251 near to the router so i could easily swap ethernet cables. No improvement. Then i moved the TS251 near to the Aries & amp, enabled the TS as endpoint and played directly from the TS251. No improvement either.

When i say downloading a lot of data then that is my interpretation of the network activity as displayed by the TS.
See the attachement. Incomming data is spiking every time when a new track starts. CPU load is spiking and sometimes this will result in lost connection/drop out and the next track will be started. 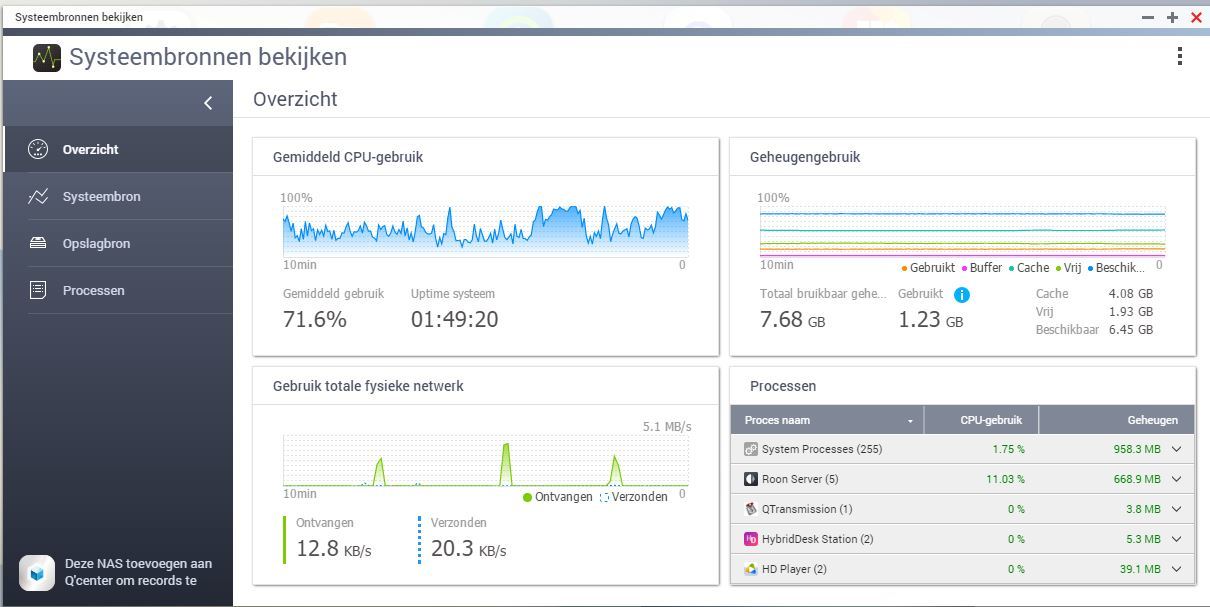 At the risk of stating the obvious: have you checked the NAS as well?

How many tracks are in your collection?

Not that much i believe.
There are an additional 2200+ mp3 tracks on the NAS but not in the Roon folders. 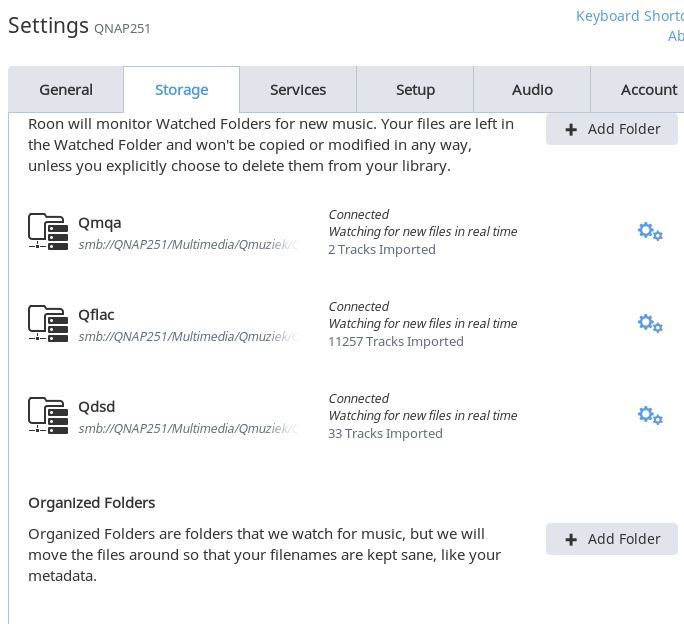 forgot to check the obvious…

Jumbo frames is set at 1500 on the NAS. I can’t switch off. The router tells me MTU is 1500. So this should be OK?
But i found out that the TS251 was set at a fixed ip. No problem but the router was set to reserve the same adres to this NAS but on a different subnet.
Maybe that caused some troubles?
I have corrected this. Wait and see. 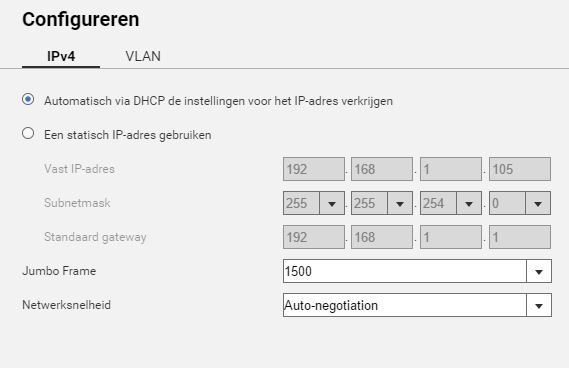 I’ve been running the Roon server on a portable Samsung T3 SSD connected to my TS-251 without any issus.
Your configuration looks the same as mine except that I use a fixed IP address for the NAS.
As you experience no problems in streaming from your local network I suggest you check your internet speed with Ziggo speedtest.
My speed is 200 Mbps, but 100 Mbps should also be enough.
You should be sure that you use a USB 3 SSD connected to a USB 3 port on the NAS. 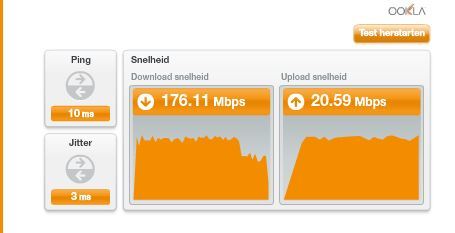 Speed is not the problem.

This is measured at the cable entering the nas.
I changed the ssd from front to back usb 3.0 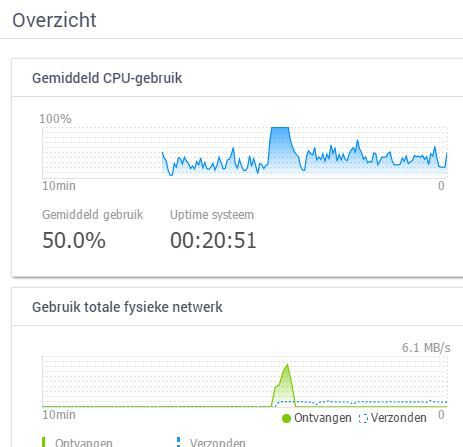 Once again wait and see.

I moved the core to NUC6i5 Ubuntu 16.04 LTS. Not an easy for me being a Linux newbee.
Same network components, in fact the NUC is connected to the same ethernet cable as the TS was.
I must conclude that the Celeron j1800 cpu of my TS251 is too slow for running Roon smoothly.

Nevertheless, thanks for the tips & hints

Interesting, I have a QNAP-TS651 with the same CPU (J1800) and my CPU usage is within 10%/20%, even when Roon is processing. I also have bunch of other apps (Plex, Sickrage, Ombi, CouchPotato, etc) and so far haven’t experienced any CPU bottleneck. I do have 8GB of memory and my library is even smaller with 5k songs or so (my endpoints are 7 Sonos speakers).
I’m planning to migrate Roon and Plex to a more powerful server but for now is performing according to my needs.