I’m experiencing dropout on tracks from my library but not Quboz. I don’t see any real pattern to the dropouts; it could be the tenth track on an album or the first 30 seconds of the opening track. When this happens, the music stops and it appears as though it attempts to fetch the next track or sometimes 3 or 4 of the next tracks, but never plays. I have to then try to locate where I’ve left off and restart.

I’ve attached a photo, but I’m not sure if it’s helpful. 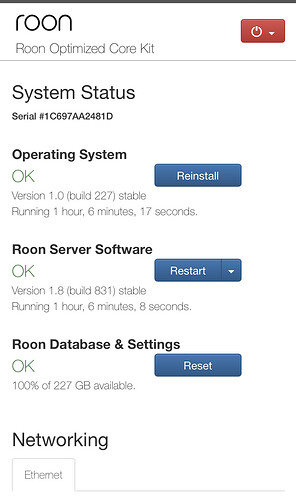 Fill in the following

The dropouts are most likely network related. You may need to consider simplifying your network in stages to eliminate where the issue might be.

I’m experiencing dropout on tracks from my library but not Quboz.

Try using DSP Engine to resample to 44.1kHz. if the dropout disappears, you have a network problem.

Otherwise connect the drive to a computer, run a SMART hdd report tool freeware and paste the full report here with raw values.