@support
Hi Roon support, I need help fixing the issue with DSD playback on Parasound HINT 1 through Usbridge.
I’ve had the same problem in the past using DigiOne and it was solved if i remember well with release 134.
The problem is I only get a hiss when playing DSD file via DOP with Parasound HINT. Only option is to switch to PCM (see screenshots).
My second Allo USbridge plays DSD fine to Pro-ject S2.
My core is a Macbook Pro.
Thanks and regards 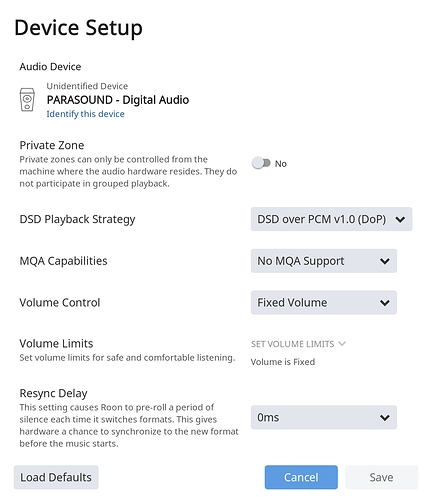 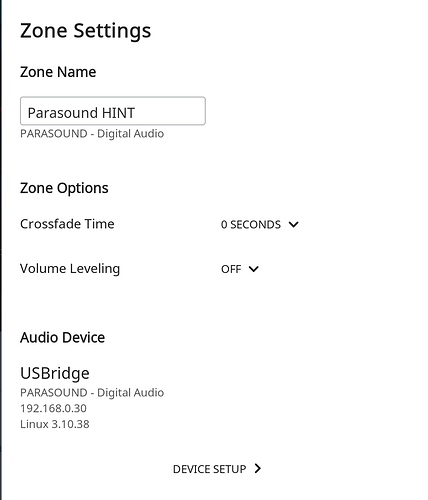 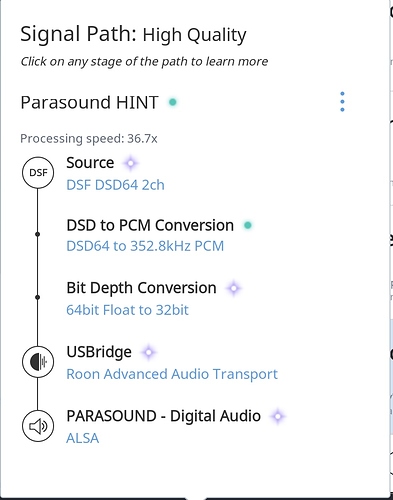 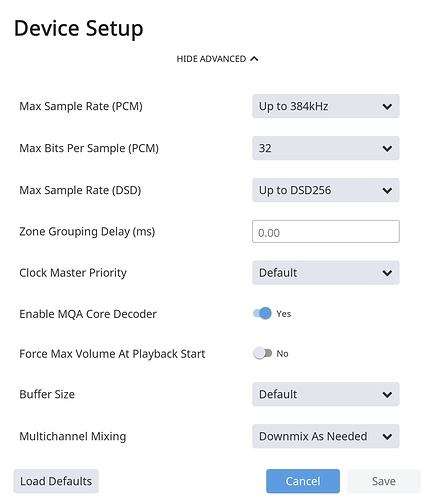 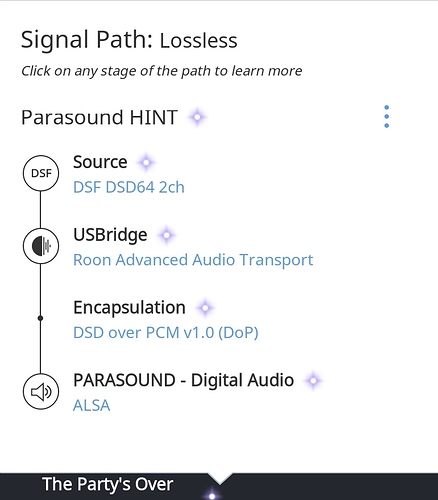 I had a similar issue with my McIntosh C52, try setting Force Max Volume at start up, that fixed it for me.

Thanks Mike. Tried that but didn’t help.

Hi @Julio ---- Thanks for the report and sharing this observation you have made with us. The feedback is greatly appreciated!

Moving forward, I did some research trying to locate what others have reported when using Parasound devices with Linux. I checked the Parasound website and am not seeing any mention of Linux, only OSX and Windows.

We reached out to Parasound previously to get some feedback on Parasound device + DoP/DSD support under Linux but never received a solution.

Thanks for the reply Eric. I’ll follow-up with Parasound and will keep you posted.

Has this issue been resolved?

As far as I am aware, the Parasound Halo Integrated does not accept DSD DoP when connect to a Linux based USB host.

I tried and it didn’t work.

Any experience with playback of DSD through the Parasound HINT 6?

We do not have a Parasound HINT 6 in-house for testing, so we’re unable to make any assertions about its USB platform compatibility.

I’d recommend reaching out to the Parasound support team with your inquiry.