Hi all, I’m running Roon on the following:

I have downloaded my first DSD file. Roon is reporting the playback as per screenshot: 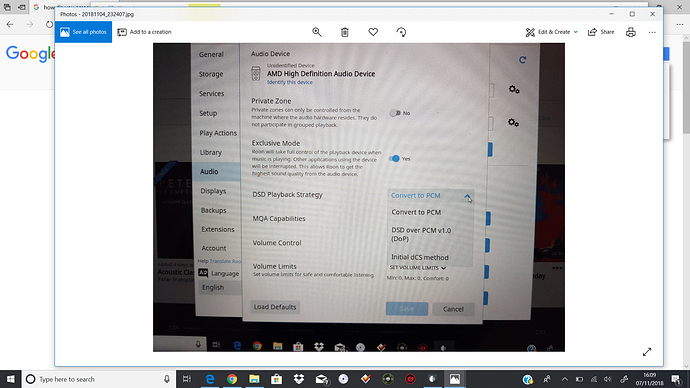 So it is converting to PCM. If I select DSD over PCM I just get noise!

I have my laptop connected directly to my Denon AVR X2300W via HDMI.

I have copied the DSD file to USB stick, plugged the USB directly into the Denon and get full fat DSD. See second screenshot: 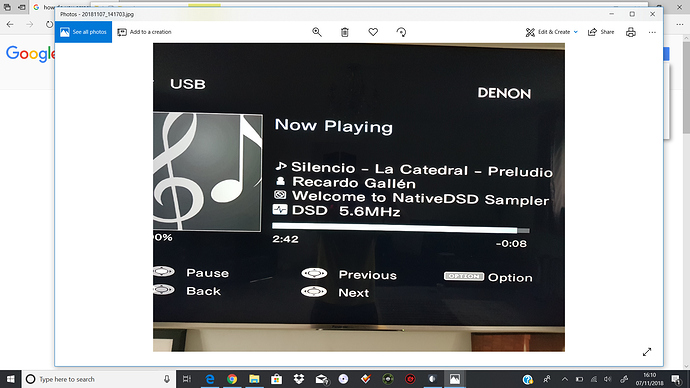 Am I missing something basic? Thanks in advance for any help.

AV receivers do not support DSD over PCM (DoP) over HDMI. It should be possible to play DSD after conversion to PCM. You won’t be able to play DSD natively from Roon without additional hardware, e.g. DSD network player with analog output or USB DAC.

Thanks for the reply wklie, much appreciated.