Looks like I have an odd duplicate track listed when I focus on the top 25 tracks. I have the track (Fyah Fyah) only once in my library. Same goes for the album. The only version I have comes from Tidal.

Also note how the second one isn’t sorted properly according to play count. 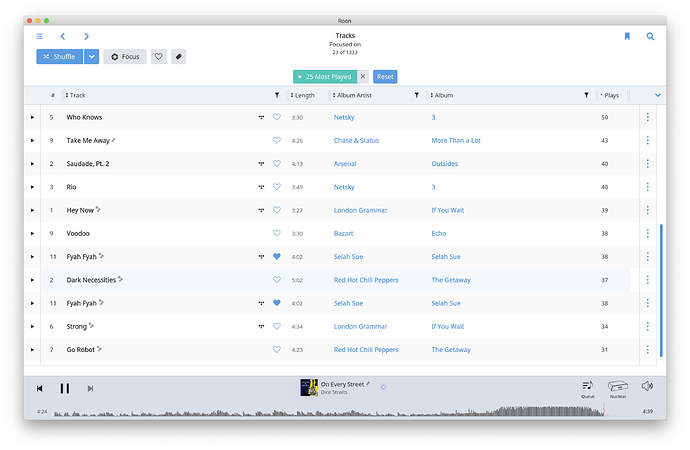 Perhaps related is that I was playing the track a bit earlier. Now I got the same thing with Voodoo (also playing just now). How fitting 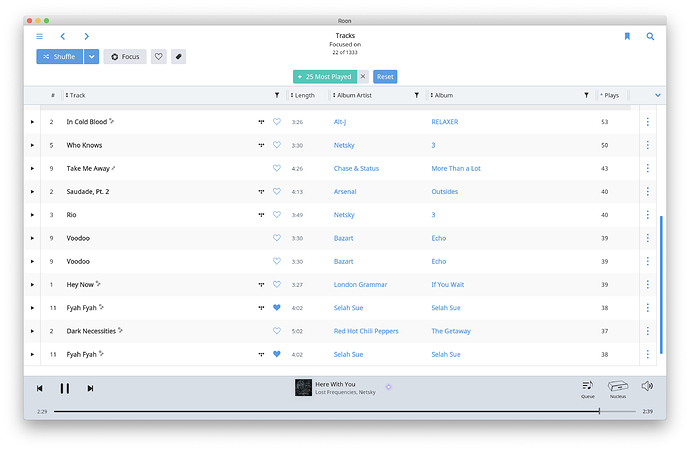 If you reboot and come back to this screen without playing anything do you see these duplicates still?

@dylan After a reboot, I do not see the duplicates any more. Still begs the question how they got there in the first place

It seems to be related to the sorting though. Before my reboot, if I focused on top 25 tracks, there were no duplicates either. Only after sorting on play count, did I get the duplicates.

Thanks for the info, @Nepherte.

I’ve tried to reproduce this behavior myself but so far I have not had any success. I’ll pass the info along to the team for further investigation. If you notice any specific patterns or content that this behavior seems to occur with please let me know!

Mildly impressed that the team was able to reproduce this issue. Especially because I forgot about this thread in the first place

I’m confident the team will be able to fix this in due time.