Can someone please confirm if this is normal –

I have all my music on a networked QNAP server – and set up as a watched folder.
Yet all my albums seem to be getting duplicated in Roon – as pictured in the pasted image below ( not sure if the image pasted properly )

The albums are identical ------ one shows as being on the server
ex //192.168.2.19/server/music/ music album detail
the other one shows up on the music streamer
/mnt/RoonStorage_long series of numbers and letters/music album detail 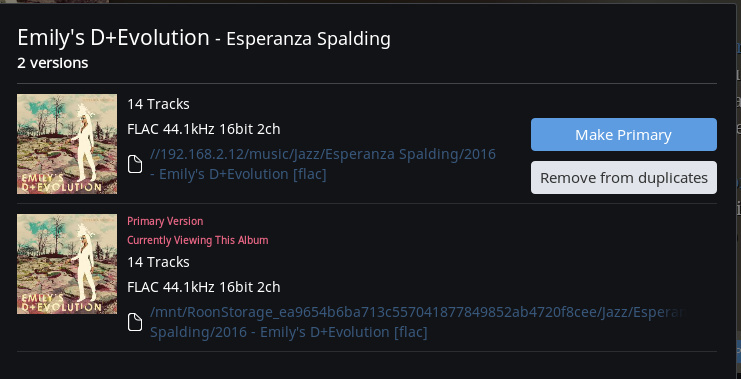 do you think deleting this storage location is the right thing to do ? 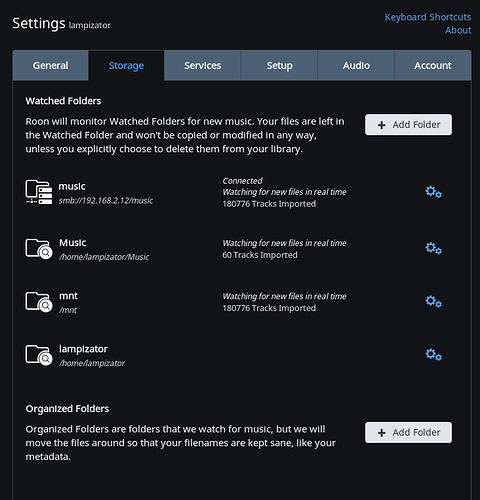 When roon mount’s a drive from a remote NAS it mounts the share under /mnt/RoonStorage_… but displays it in the interface as smb://nasname/path. Not sure why your /mnt directory got setup as a watched folder, but the reason you’re seeing duplicates is that Roon is seeing this as two separate storage locations with exactly the same files.

After removing the /mnt storage location check to make sure that everything looks good and then do a Library Cleanup in Settings -> Setup to remove all of the extra information from the database.