No, I have tested with Tidal, so streaming from the Tidal app running on Windows.
But they are normally used within a Chromecast Group as a Roon Endpoint.

Actually, the majority of content is Internet Radio, either RTE Radio 1 or RTE LyricFM.

Thanks, @simon_pepper. On our end, we’ve enabled full mDNS logging in Roon for your account. The Wireshark was close to providing the keystone we need for this investigation, but it doesn’t give complete mDNS traffic from within Roon. We’ll have that shortly once we pull logs from your account again.

In the meantime, please reboot your Core and let us know as soon as the Chromecast Group endpoint duplicates in available Zones. We’ll then pull logs from the event and should have full illumination into Roon’s logic with the new tracing enabled.

Hi, Many thanks for the attention on this.

I have rebooted the Roon Core this afternoon.

I have just opened the Naim app to initiate some mDNS traffic on my network, as seen in the Wireshark dump. I can see plenty of mDNS traffic.

The duplication normally happens after the WAP has rebooted as part of the scheduled restart I had to implement to stop the Chromecast from disappearing from Roon, after 48 hours.

So will be back to you.

And here we have the Endpoint Duplication 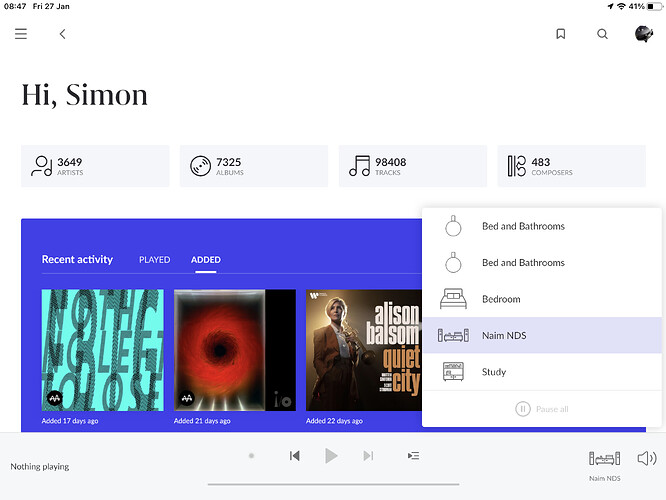 and in Audio setting, the Chromecast Group is duplicated on the same device, a Chromecast Audio 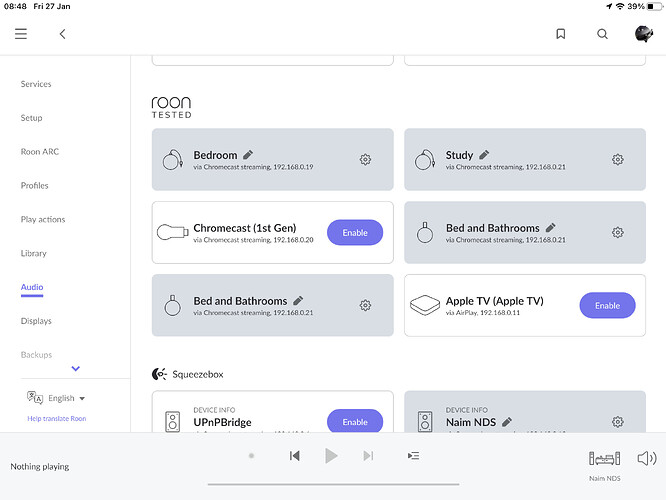 As expected given our investigation so far, we’ve pinpointed a duplication of the Chromecast group in mDNS discovery logs within Roon. Development expects this to be a straightforward fix - we’ve put in a ticket and I’ll post as soon as it’s through the pipeline. Thank you for the report!

Looking forward to testing the fix in a future release

Duplicated Chromecast Groups is back.

Any update on the ticket and getting the fix into a Build?