I am contemplating running the Roon Core on a QNAP NAS with plenty of horsepower Intel i7 Quad Core with 16 GB RAM). I am would like recommendations for an ethernet wired end-point with very high audio quality that I can digitally output directly to my McIntosh MX-160 Audio Processor. I prefer to have no other bells and whistles, such as WiFi, built in streamers, etc. Just a simple ethernet to digital audio unit that is capable of maximum audio quality. Thank you.

Sonore ultraRendu. Ethernet in and USB out. Sounds great especially if you get the UpTone Audio LPS-1.2 power supply to mate with it.

Sonore ultraRendu. Ethernet in and USB out. Sounds great especially if you get the UpTone Audio LPS-1.2 power supply to mate with it.

But read this first. I’d just get an Allo USBridge. The nice thing about being on the digital side of the audio channel is that there’s no good reason to pay audiophile prices.

I don’t have to read that. I own both. If all you care about is money then go with the USBridge. The OP said “very high quality audio”. That’s an ultraRendu. The USBridge is quirky with the DietPi implementation and it just flat out doesn’t sound as good.

But that’s your hearing. With your DAC. One man’s anecdote, with no rational reason, no verifiable hypothesis, why it should be so. Just saying.

I am just reacting tot he fact that he said “very high quality audio”. No matter who’s ears. That’s not a USBridge. Do you have one by the way or have you just read about it and that’s how you “hear” it?

I wonder if Roon Bridge can be installed on an MS500? Or even Roon Core?

Don’t mind this guy. This is one of these that simply read stuff in the Internets, from Archimego or Amir measures, and draw the conclusions based on those readings with zero personal experience, and not even an audio system proper to try (other than Sonos of course).

There is a growing number of trolls in the audio forums recently that say Chromecast Audio is the best streamer ever, and anything else regardless of price sounds the same. Go figure.

John, it wouldn’t matter what I heard, would it? Just another one-man anecdote.

But what are the identifiable characteristics, in your opinion, that make one “high quality audio”, and the other not?

[By the way, I did mean the “read this” for Terry, not for you. You seem to know what you’re talking about. Sorry for the confusion.]

with zero personal experience, and not even an audio system proper to try (other than Sonos of course).

Not even that! Google Home Mini’s everywhere!

I do confess to finding it difficult to get enthusiastic about a mode of thought which (to me) seems to swing between pre-Enlightenment mysticism (the ineffable “SQ”) and post-Barnum hucksterism (audiophile fuses). One of my many personal failings, I’m afraid. 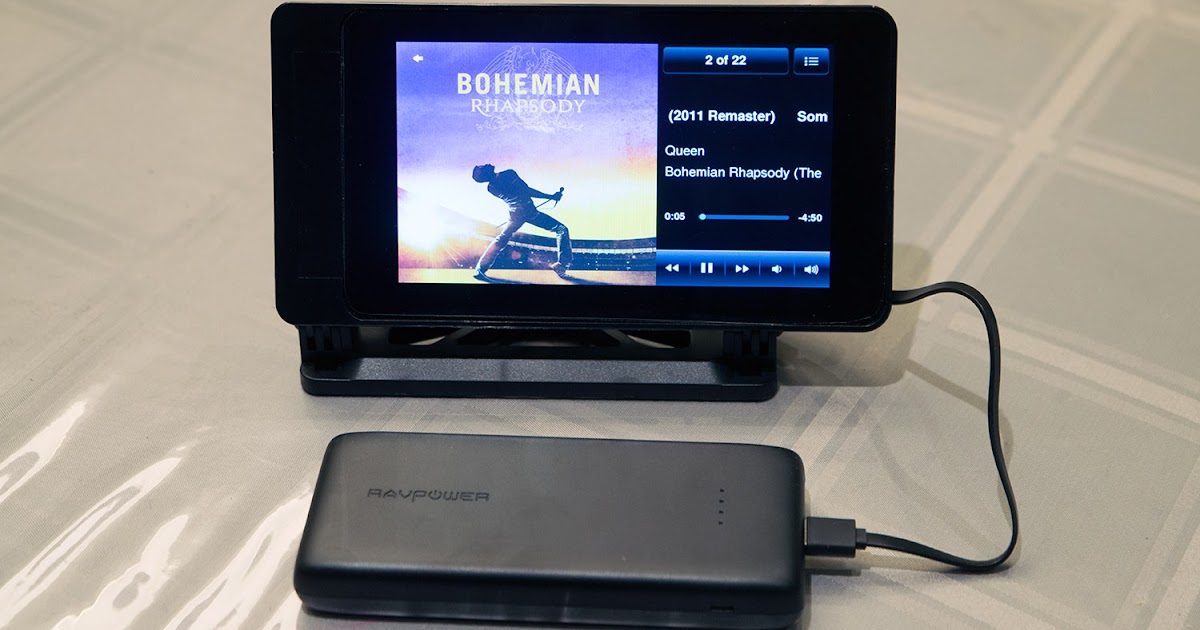 Battery-powered Raspberry Pi 3 B+ with JustBoom Digi. Bohemian Rhapsody soundtrack. Remember that within audiophile circles, there are...

I have been uisng RPi with HATs of various ilks and they deliver excellent sound to my ears, driving through normally a Freya, but temorarily a Modi3 - don’t ask how the Freya produced white smoke…) to VIdar to Tekton Double Impacts.

Try Pi and a HAT, you may be very surprised.

Definitely scary! However, it never occurred to you that maybe if you try, you will hear a difference? Or you don’t trust your ears? No judging… just saying. I totally respect deaf people

Very pricey! He can get a Chromecast Audio at Best Buy for only $15. According to Archimago measurements (same blog that you linked), the CCA measures perfect. So it should sound perfect for the fraction of the price of the Pi. #justsaying

So it should sound perfect for the fraction of the price of the Pi. #justsaying

Right! The only problem is that it doesn’t do USB out, so some functionality only available in the mode may not be available. You’d have to look at the manual for the MX160. But clearly the right answer is a McIntosh MS500 – except that it doesn’t do Roon, does it? But it should be otherwise well-matched to his Audio Processor.

IIRC that was for the analogue output only; the TOSLINk was a bit “pants”.

However, it never occurred to you that maybe if you try, you will hear a difference?

Well, I’ve got to say, it did occur to me. But then I thought about it, and realized there was no plausible reason for there to be a difference. So I didn’t. I don’t need to visit the North Pole to know it’s cold there.

IIRC that was for the audio output only; the TOSLINk was a bit “pants”.

The other way around, I think. The optical was a bit jittery, but nothing a decent DAC couldn’t handle. The analog was surprisingly good for the very cheap off-the-shelf TI DAC and amplifier circuit in it. Componentization!

Yes, there i jitter, but as you say, nothing a well engineered DAC can’t handle.

But the analogue output was good too: “As for objective sound quality, honestly, I was impressed by what I’m seeing here… I would certainly have no qualms about using the analogue output from this remarkably economical device to feed a good stereo system.”

I thought about it, and realized there was no plausible reason for there to be a difference. So I didn’t. I don’t need to visit the North Pole to know it’s cold there

So you didn’t. Of course. Having no experience of your own with this stuff, it’s only ethical you stop recommending stuff to other people based on your “north pole” logic alone. 'nuf said…