Description Of Issue
There seems to be a metadata encoding issue when using the export feature.
The export feature messes up some special characters (like ï or ø) in the metadatas.
The files are exported properly, folder names and file names are fine but the metadatas are not.

the error occurred when exporting a selection of .m4a lossless albums 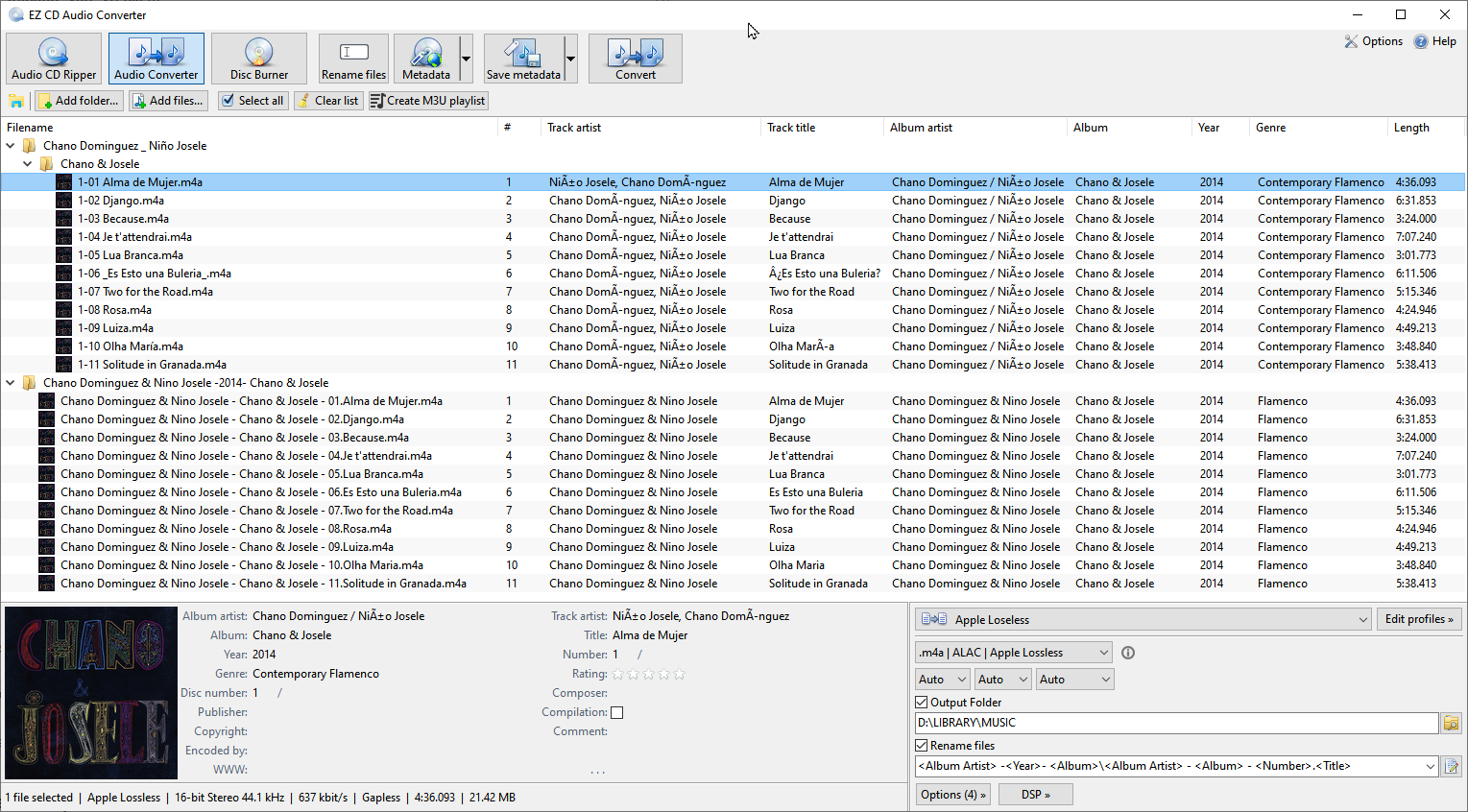 1529×846
top folder is the exported one, bottom is the original from roon library
Very weird how the first track had the “track artist” messed up differently.

I must add, the day roon proposes mobile sync, will be a good day

I suspected this was coming…
This isn’t a problem with ez cd.(for what it’s worth I trust EZ CD way more than Roon in that regard).
Windows explorer, mp3tag and Roon itself displays the metadata the same way.

Could you send us one of these files that is incorrect via a shared Dropbox link in a Private Message so we can take a look and compare? Please include the pre-export version as well.

Is there any update on that issue ?
Not being able to use the export feature is a big one, even more so considering Roon doesn’t propose any alternative (sync).

The export feature is basically broken and pretty much unusable.
3 bug fix updates go by and nothing is fixed.
Considering the price of the service, I must say I’m appalled.

@dylan would it be possible to have an update regarding that issue?

@dylan @support
Considering the cruel absence of a sync functionality the export function is our only way to export anything from roon. (favorites and playlist being the obvious candidates to export)
And as of today (version 1.8) this feature is still broken.
This bug report is more than a year old… and as far as I can tell nothing has been fixed.

I’d like to point out a second issue with the exported metadata:
the year is often (35%) written as being 0 although a year is in the original metadata and also properly presented in roon. this occurs independently of the character encoding issue.
Here’s a screenshot of one file exhibiting the 2 issues, top file is the original file, second file is the exported one 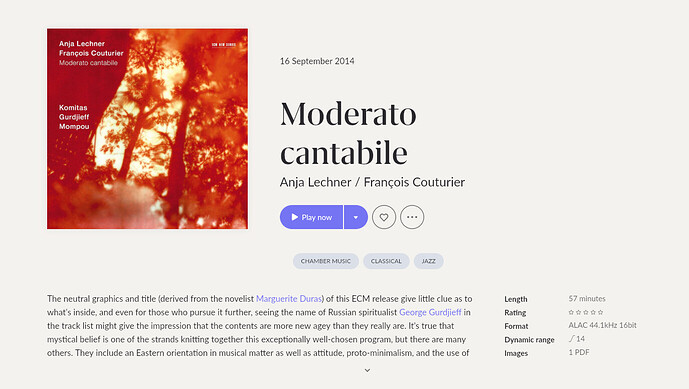 Just wanted to say that I have the same problem, and am disappointed that it has not been fixed in such a long time.

FWIW:
Hello @thibaud_Van_Vreckem and all.
Agree that it needs some TLC. In August last year I reported similar findings in a different context without doing my homework it seems, as I wasn’t aware of this thread - apologies! Moderators subsequently hived it off into the thread below, as it was rather off-topic.

As you can see, after the original acknowledgement by @dylan , nuwri (former Roon support) confirmed in September that it had been reproduced and a bug report had been opened. Nothing further since, but it should at least be on the radar or even making it’s way though the system.

Disclaimer: I am not arguing that the export function has no good use cases. It has and I have used it. But there are real issues and it is good to be aware and careful. @Geoff_Coupe has probably a much more detailed understanding and is right, I believe, in saying: Nevertheless, what exactly is written into this field can be problematic in my opinion. I agree with @AndyR when he says: Let’s e.g. export track 1 of this album, which includes a diacritical character, a small ‘letter e with g…