I could swear that I have been able to use the “funnel filter” to go by primary artists, not just album artists.
In fact, I have laboriously edited a lot of jazz albums to support this.
But now, this no longer works.

Is it a bug?
Or is it a conscious change?
Or am I wrong?

This is pretty critical.
Because while it is possible to enter all the artists in the album artist field, that is a single string, not made up of separate entities, and is therefore laborious to enter and vulnerable to typos.

EDIT: I had previously discussed this here, when I thought it was something strange with a particular album, before I realized it applies to all albums now.

Maybe I have misunderstood, but I see exactly the opposite effect.

On the “funnel” filter on both the Album and Artist screens I only see the primary artists. If I want to see all artists I go to the “magnifying glass”. 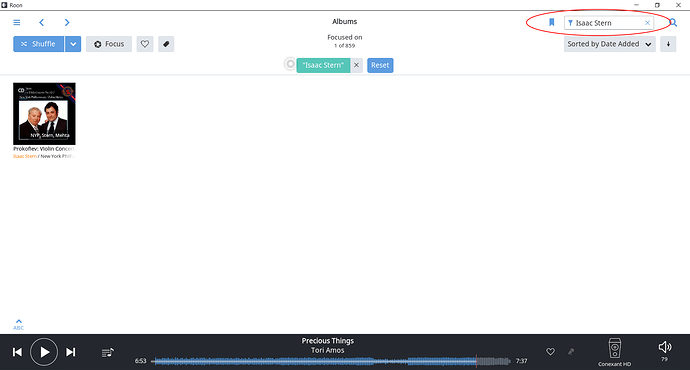 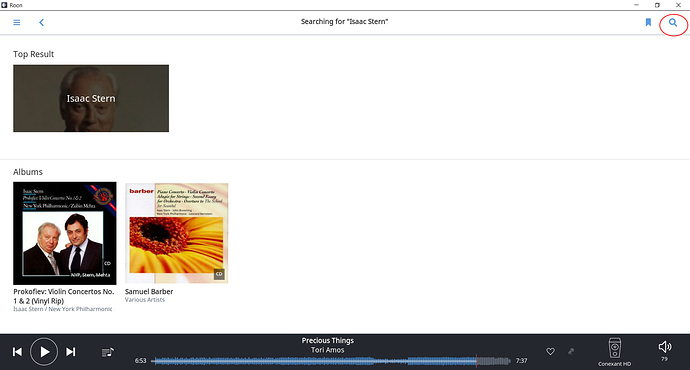 I might be that if we are seeing 100% differences then we are using roon in a different way? In my case, mostly I notice the effect of this difference on “themed” Classical disks like the example where there might be a single Composer but multiple conductors, orchestras and soloists in multiple combinations. In this case I make sure the primary artists are present at a track level but “uncheck” the primary artists at an album level so that I can see who is playing what at a track level. I then make the album artist “Various Artists”.

There are three categories, not just two:

It used to be like this (I believe):
A. Album browser sort by artist uses Album artist
B. Funnel filter used primary artist
C. Search, and click-on-an-artist, supported any credited artist
This was very useful.

What is see now is this change: Funnel filter uses only Album artist, not Primary.

@tripleCrotchet is this consistent with what you see?

In that hierarchy, composers are not differentiated, can be made part of any group, by default #3. Although it is possible to do specific searches on composers.

I don’t think we ever filtered on text that wasn’t visible in the browser. The Album Artist behavior was added in 1.1, so I don’t think there’s been a change here in the last few years.

What is see now is this change: Funnel filter uses only Album artist, not Primary.

@Tony_Casey is this consistent with what you see?

Confirming what @mike just said. In most cases, I edit my album artists and primary artists the same so I don’t have a complete mess on the album page where there might be 30 artists (an opera for example). So it can be difficult for me to see what you see. So I made the following experiment. 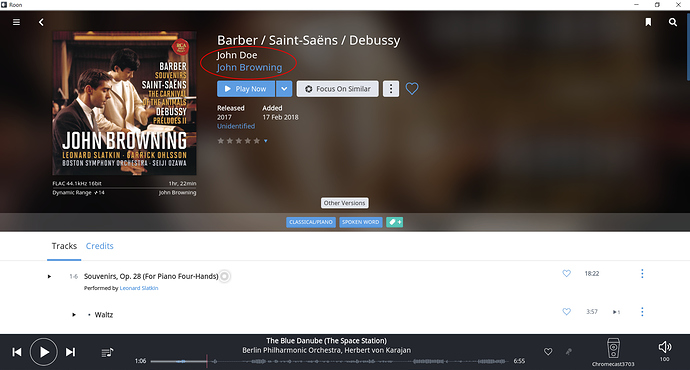 I set “John Doe” to be the Album Artist and “John Browning” to be the Primary artist.

What I get is on the Album Screen, is that funnel search works only for “John Doe”. That is, the Album Artist. On the other hand on the Artist Screen, funnel search only works for “John Browning”, that is the Primary Artist.

So I see what you see. I rather suspect this is by design. I do not usually edit the album this way, so if there is an overlap between your primary artists, album artists and credit artists it can be difficult to disentangle what roon is actually doing in the search. In this particular example, John Browning is duetting on several tracks and I want to see that easily on the album page so in this particular case what I normally do is:

This ends up being a great deal of work for a more complex Classical album or box set sometimes with dozens of artists in various combinations, so mostly I don’t bother but I do with favorite albums so that I end up with this screen: 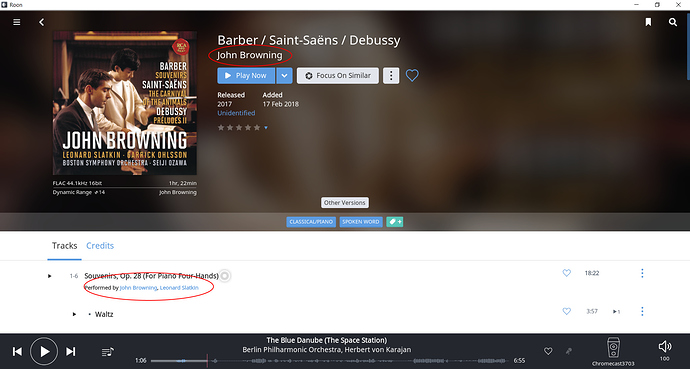 Hmm. I could have sworn the funnel filter saw primary artists. Guess I’m wrong.
But I’ll file a feature request.
It would be very valuable.
You say:
“Because Roon treats these concepts separately, you can choose exactly how you want the album listed, and you can also find the album on PJ Harvey’s page, and on John Parish’s page as well.”

…but you can’t find it very well because you have to use search, and the funnel filter is better in everyday use because it preserves the current context, which may contain many artists (like the tag “Italian jazz”).

Try Albums Browser > Focus > Performers (far right, top) and see if that gives you what you want.

Aha! You are right!
Well, almost: Performers Focus looks to all performers, not primary artists.
So there is no sea4ch mechanism for primary artists. They serve only the function of being listed up top on the album page.

It’s a bit confusing because both the funnel and the performer focus generate the same visual indication. These two look the same, although one finds Ryan Truesdell (a Primary Artist) and one does not:

EDIT And for us Sooloos oldtimers, the slash key used to create a Performers Focus, now it triggers the Funnel Filter, which have different semantics.