In my library, the sax player bobby watson is mixed up with another one: 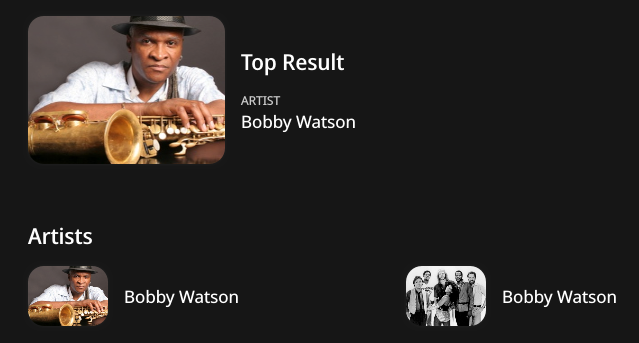 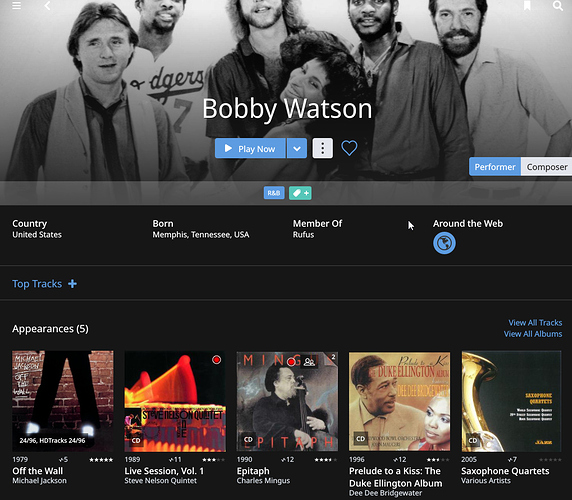 image1021×891 250 KB
is credited in mingus, dee dee bridgwater, steve nelson and … bobby watson albums, but has nothing to to with them.

this could be a metadata problem, but looking in allmusic it seems it is not:

the problem, in my opinion, is a general error of roon system. suppose there are 2 performers with same name.
-in an identified album, the correct performer is credited via roon metadata
-but if the files are tagged (clearly, with the same name), roon instead of matching the tag with its metadata, SISTEMATICALLY chooses to match the file tag with any other performer matching with that name in its database.

this is something i have already reported.

here another album where b. watson sax player is mixed up with the bass player: 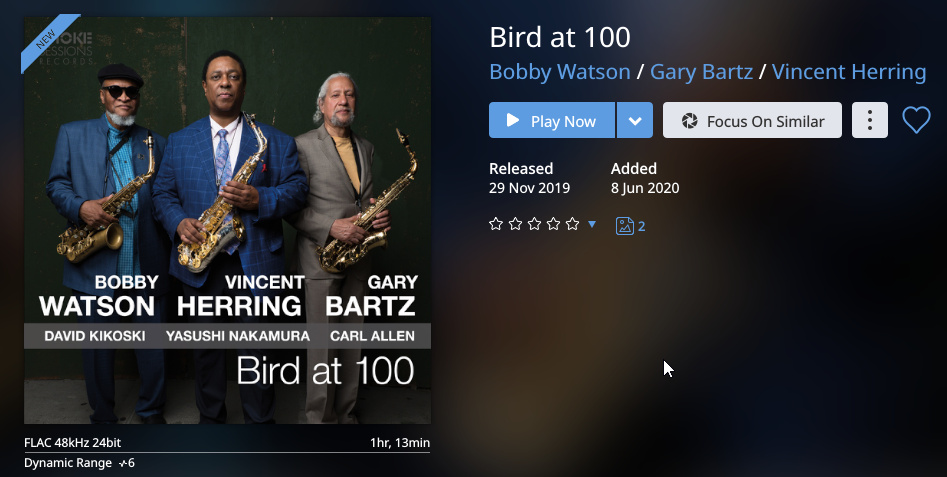 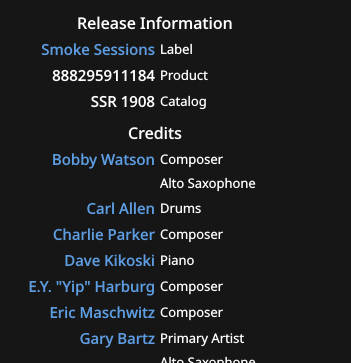 and following the link:

(note that the picture is not the one in roon database but a custom one, but he’s the same of previous post)

Just to verify, @Niccolo_Terzi — This is happening on all identified albums?

Hi @dylan
it’s very difficult to answer: in my library i have 4% of unidentified albums, so the minority.
and not all of them are fully file-tagged (shame on me!)
i should check album by album…
but i can make this experiment. I do un-identify this album: 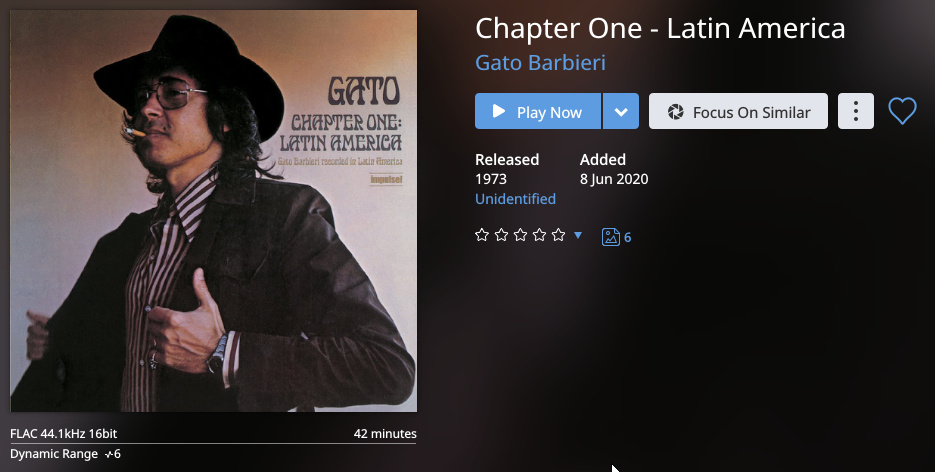 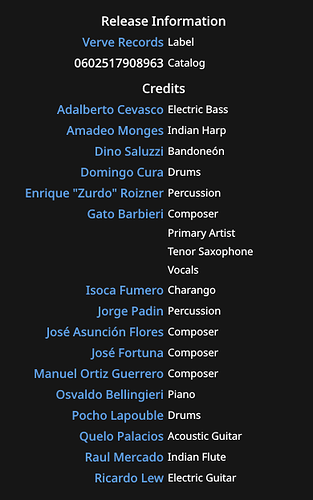 
then i identify the album, and look at the new credits. i obtain a bunch of new infos, in this case many are wrong. but that’s not the point. here i get another Pocho Lapouble: 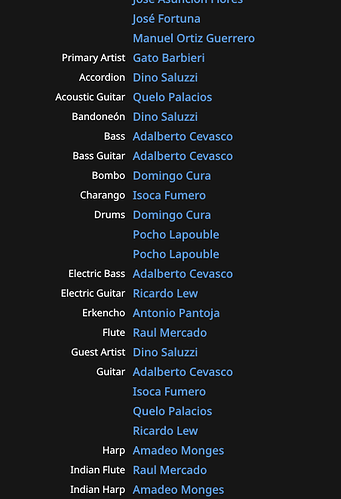 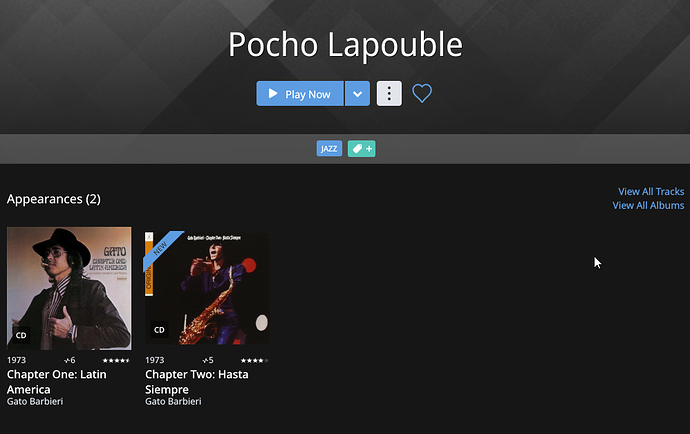 so… there are 2 names associated to the album/track, one coming from tags, the other coming from DB, roon correctly associates one name to the correct artist ID, but cannot associate the DB entry.

this is not really an example as you asked, as there are not 2 artists with the same name…
so…give me some time and find an unidentified example… 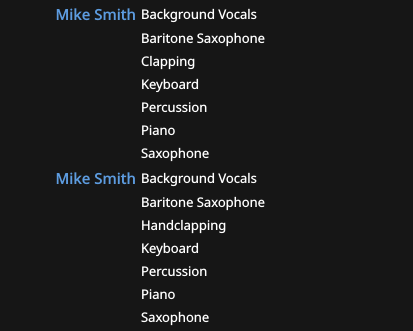 the first one is correct:

the second one is not: 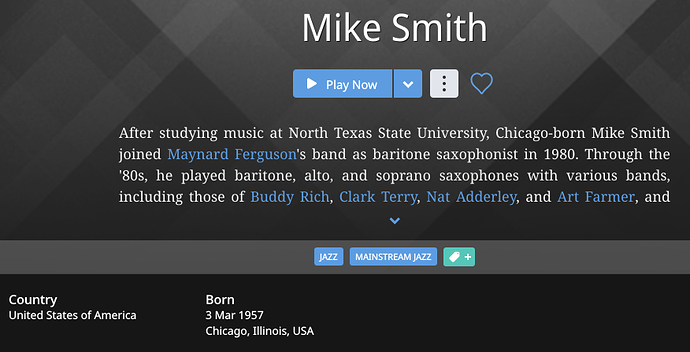 and he is “created” by roon with a wrong association of file tags with database.

and here is another one: 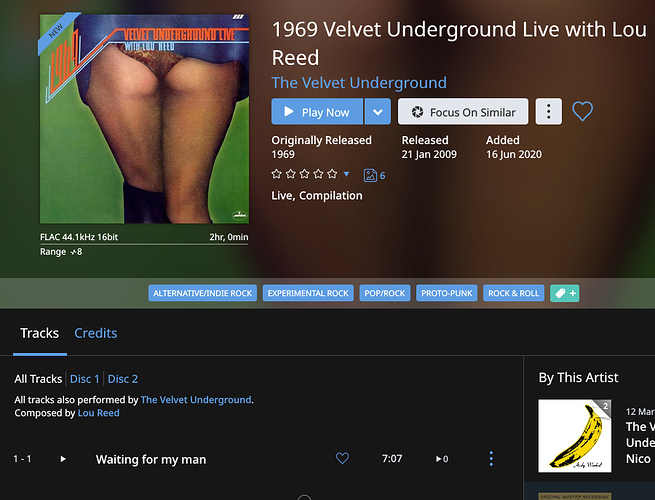 the album artist is correct, but in the performers there is another “velvet underground”: 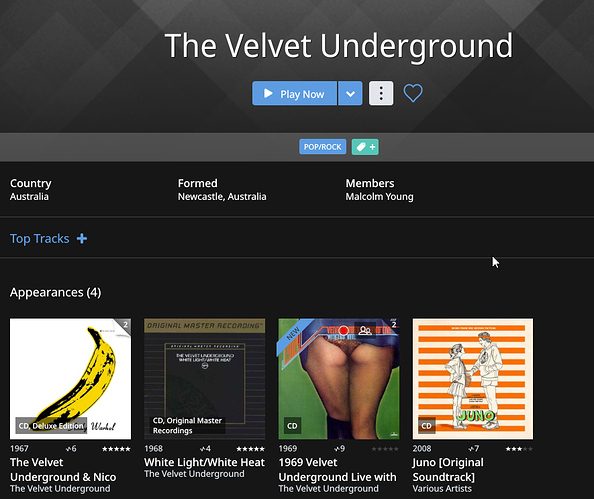 and as usual, both the doubled artists appear in the credits.