I can find this album in MQA on Tidal, and play it via Tidal but cannot seem to get the MQA version into Roon 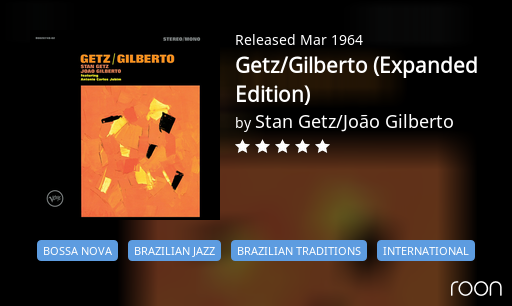 I have faved in in Tidal and synced the library in the Roon app.
I have looked under Versions and it’s just not there.
Any ideas? 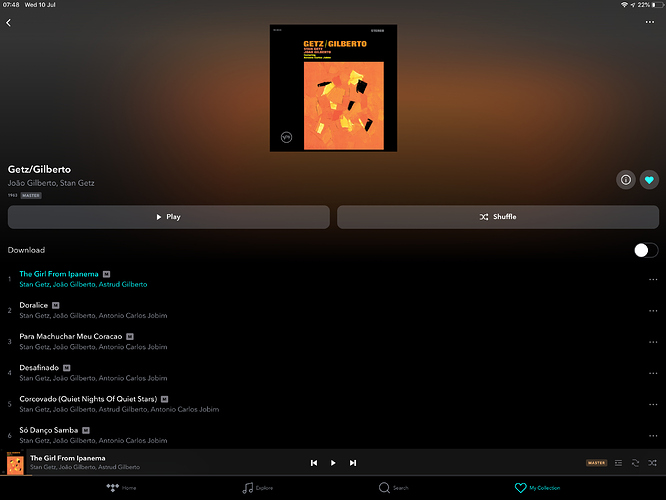 I can get it added to my Library but I have the dsd in my already. 5 versions on tidal. 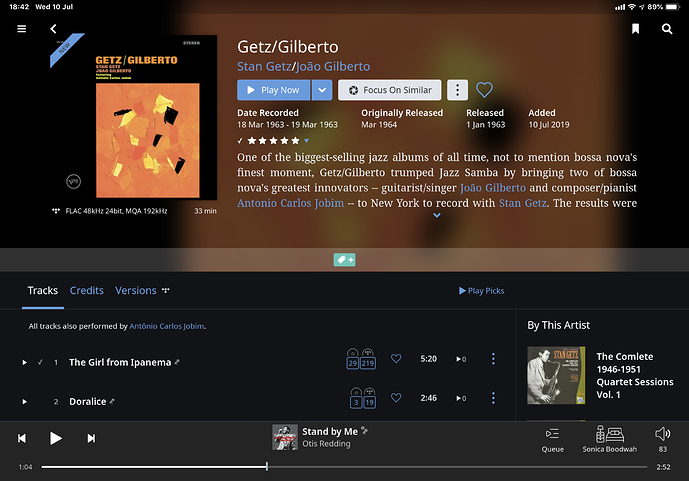 I can see the MQA version in Roon on my end. Can you confirm what region your TIDAL account is for?

Hi I am in The UK

Can you share a screenshot of what you see on the Versions tab? 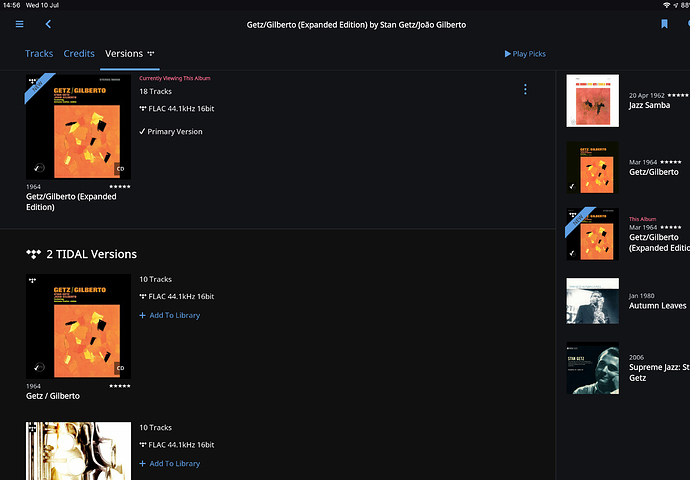 We looked into this and confirmed that it’s a new release that hasn’t quite made it’s way to your region in Roon just yet. This should be available for you soon.

FYI, I’m in Brasil and it’s showing up on Roon for me. (I suppose it would be somewhat ironic if it wasn’t there, lol.)

Thank you, I’ll wait for it…

Any preferences? This is one of those recordings with a godzillion re-issues and re-masters. Discogs lists 226:

I don’t seek out HD as I cannot really hear the difference. But before HD I had a weakness for MFSL or XRCD / K2HD remasters. Not really sure why but I think that was just because those masters tended to lift the top end which help as you get older and eventually you loose everything above about 11khz.

Seems there is a bit of a history with this recording. A persistent rumour that the channels got accidently reversed on the original sessions. I havn’t heard this master but it reverses the channels back again:

(Note: this review originally stated that the lacquer cut was from the 3 track master. That was incorrect. The master here was the two track original that hadn't been used since 1980. While the tape had some dropout and other issues, mastering...

What did they do with the MQA master?

This came up in What’s new Tidal Masters today.

Do you have a link for that?

I cannot find the TIDAL discussion but this has been a topic of debate for a long time. If anyone is interested an easy way to fix on the channel placement of your master is Astrud Gilberto’s vocals on “The Girl from Ipanema”. Apparently Astrud Gilberto was hard left in the original recording session. But because a 3 track tape was mixed down to 2 channels she ended up hard right by mistake for decades. That is how she is on my preferred versions. For example the 1994 MFSL and the Verve 1997 remaster. There is another discussion here.

I've been listening to the different versions I have of Getz/Gilberto and I'm not sure I've read any information about the common mix that was on the...

,
The Tidal MQA version is startlingly different. Astrud’s vocals come in hard left. Exactly the opposite for half a century. Anyone familiar with this famous album is in for a surprise. I am not really sure what is right or wrong here and it’s probably unfair comment. Personally, I don’t like the MQA version not for the usual reasons endlessly debated but it is difficult to listen to such a familiar album with the channels reversed (although probably corrected). I don’t have an MQA DAC and no doubt it sounds very fine on an MQA optimised system but on mine the bass is boomy and flabby. I don’t believe that has anything to do with the MQA encoding but probably more to do with the remastering when the channels were reversed.

My Meridian DSP8000SEs are in my office, which is not optimal from a boom perspective, but most things sound pretty amazing. However, the bass on The Girl from Ipanema on this new release was unlistenable

I’m not very technical, so I don’t know if it is as simple as that. But if you reverse the speaker channels (physically swap the wires) does the boom disappear?