Ethernet connected.
I use Private Internet Access VPN on the Ubuntu installation, but have tried allowing Roon binaries through as part of a split network setting (Roon software located in /opt/RoonServer/RoonDotnet)

I have noticed more and more that Album artwork is no longer being displayed. Instead I just see a Grey Square.

What is also really weird is that when I am scrolling through recently added albums (for example), I see the album covers normally, and then some will just turn grey! And if I start scrolling again (so they disappear off screen) the album cover can be seen again as the album travels as it is about to leave the screen, and then when I scroll back, I can see the album cover, before it turns grey again…! 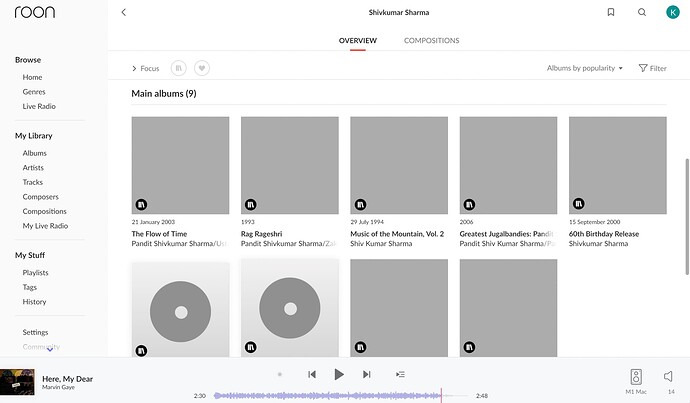 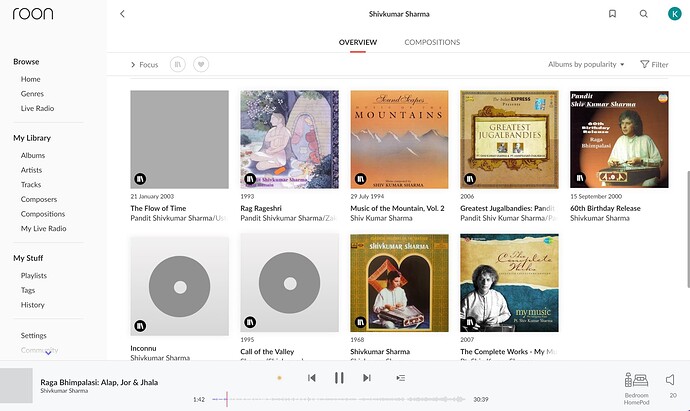 So obviously the data for the album covers is there, but why then do the grey squares appear?

I can click on an album, I then get taken to the to the next screen, the album cover appears and then quickly turns to grey…? 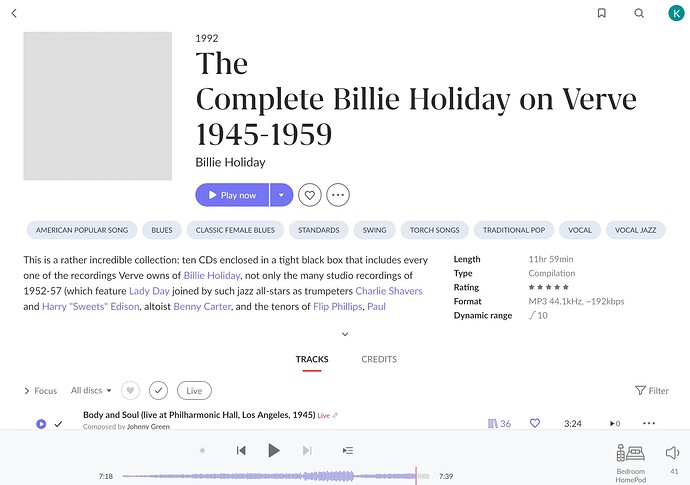 As a test, try turning off all VPNs and see if the squares are still grey. My guess, is that something in the VPN setup is blocking Roon’s phone call back to it’s image servers. 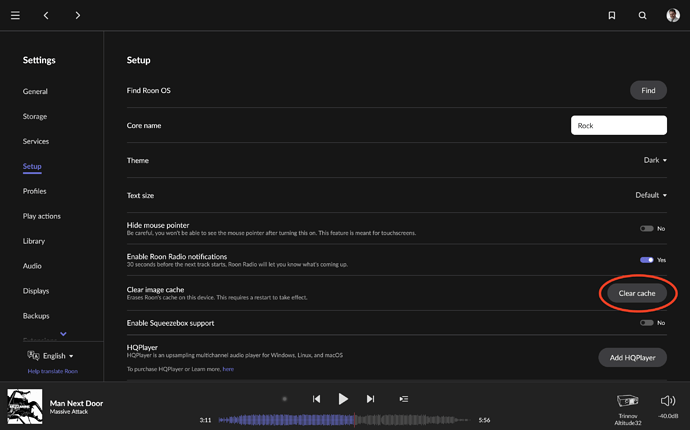 Hello, thank you for your response.

Yes I have turned off my VPN and that seems to have helped actually.

As I still want to run my VPN I can create exceptions in the Application to let through certain applications, eg Roon. Could you let me know please what services I need to let through? For example, everything in /opt/RoonServer… or similar?

Hello, i experienced since few days the same problem of grey squares for covers.
From my side, all the “grey squares” appears on local files. When i try to edit the meta and have a look to the covers, the “best covers” between local and roon appears to be the local one as the resolution is 1500x1500 (pr around). The problem is that there is a “folder.jpg” file with the cover and it is very well visible through a file manager.
If i have a roon cover available, and select it, the selection remains grey.

Hope it helps and we would find a solution quick.

As I still want to run my VPN I can create exceptions in the Application to let through certain applications, eg Roon. Could you let me know please what services I need to let through? For example, everything in /opt/RoonServer… or similar?

Yes, you would need to set exceptions for both RoonServer and RAATServer. Some VPNs have an option called split-tunneling and you can set the entire program to bypass the VPN. Hope this helps!