In general I have no playback issues. I have started importing my classical CD via iTunes and have hit a bump. My playback is no stalling on random tracks in on newly imported CD set - Bach’s Christmas Oratorio. The only way I have found to resume playing is to click the track back button and then Roon plays for a while. it always stops at the end of a track and the next track is playable after click back then forward. the metadata is also screwed up, don’t know if that has any effect. I have attached images of iTunes and Roon for the album. 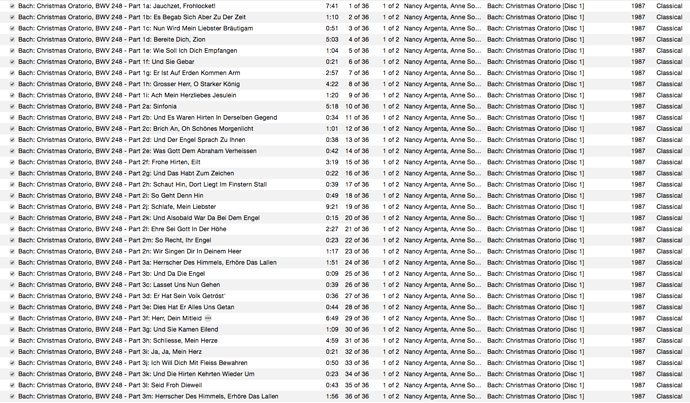 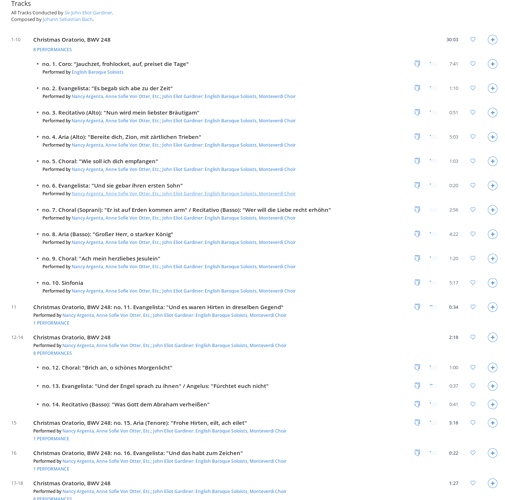 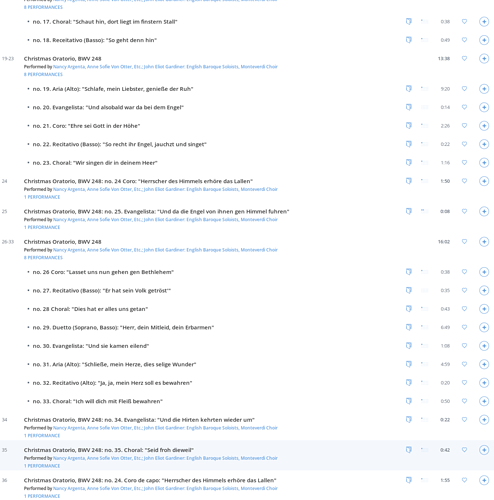 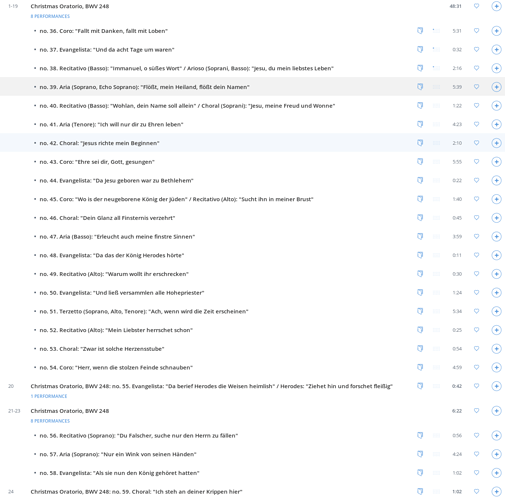 I was initially streaming to a Squeezebox device. I finished the album on the host Mac ewithout issue. I’ll try to the SB again later.

The clumping problem is a bug, reported some time ago. I’m sure they’ll get around to it.