Almost all my Gustav Mahler albums get incorrectly credited to Wife Alma as performer or composer. She had no role in his music (other than a disruptive one after his death). I have spent much time trying to remove this annoying error but a few instances keep recurring. Maybe you could fix this. Alma only composed about 4 pieces of music herself (she was forbidden to compose by Gustav after their marriage).

Are you sure the information comes from Roon. I don’t have that many Mahler in my library but none of the albums I checked credited Alma. Maybe you can post some screenshots with examples where you see Alma?

Not on any of mine

All my Mahler music files were ripped to iTunes lossless from CDs with meticulous metadata input by me. Alma dis not feature in any of this metadata. It seems clear to me that Roon added the Alma stuff - her picture appeared as primary artist on many of the files with her bio details. I can’t include comprehensive screenshots because I have already manually removed Alma from most. My library has only 4 genuine Alma Mahler pieces on a recent album - “Vienna - Fin de Siecle”. Attached is a screenshot of the search page for “Alma Mahler”. She is still incorrectly associated with six of my Mahler albums - I am still trying to hunt down & remove the remaining linkages. It seems that on my Roon whenever it sees the word Mahler it adds Alma - in some cases as a performer (impossible as she died before the albums were recorded). 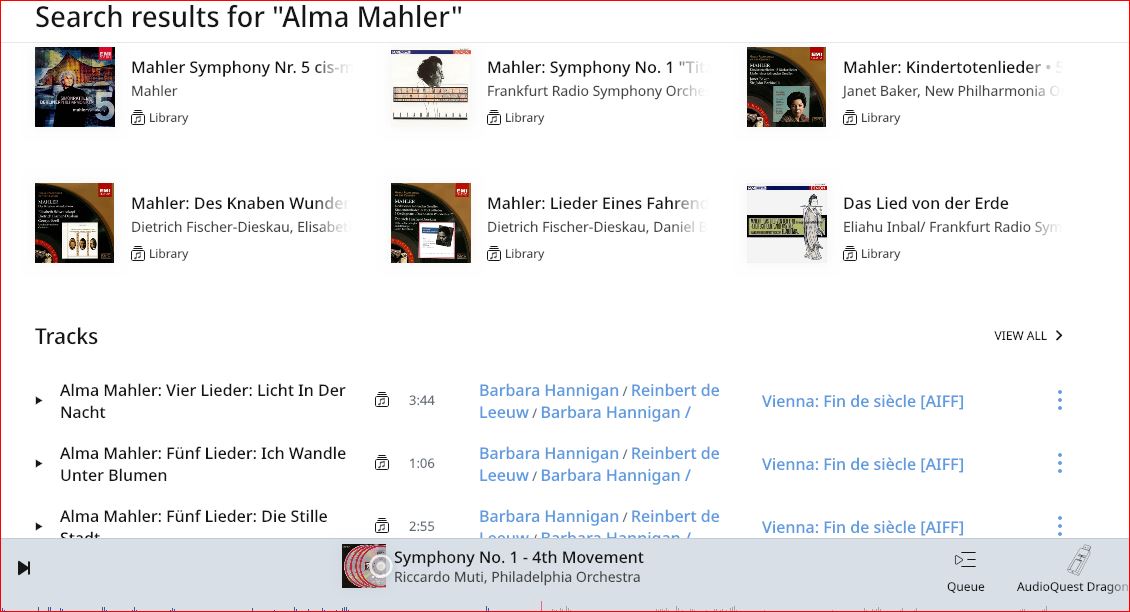 I have many problems with „dummy“ composers in Roon, particulary in Lieder where the lyricist shows up as composer (so a lot of Goethe compositions nobody knew about…) but in my library Gustav Mahler is totally clean. I have some 80+ albums of Mahler and just checked a few handful. No Alma to be seen.

Can you share a screenshot of an album where this has occurred?

I have already corrected all the Alma errors - so screen shots not possible However, the Alma problems occurred on all the Eliahi Inbal/ Frankfort Radio Symphony - Mahler Symphonies Box set (including the Das Lied Von Der Erde).

5 posts were split to a new topic: Characters shown in credits aren’t in English

If the discs were all ripped using iTunes, it’s likely that the references to Alma are embedded in Gracenote and got picked up that way.

As the person who started this thread on Mahler - I categorically deny that the iTunes ripping of the Denon (Japan) discs caused any of the metadata to contain a reference to Wife Alma. I guess mistakes from a third party souce can creep into Roon’s data but I was amazed that something so fundamental could have slipped through - all Gustav’s great music credited to Alma including her picture filling the screen (she kinda despised much of his composition).

I’m not seeing Alma show up in our metadata for the albums specified here. Can you share a screenshot of your Roon import settings (Settings > Library > Import Settings)?

Here is a screenshot of Mahler Symphony No. 7 which credits Alma Mahler as the primary artist - Clearly NONSENSE . 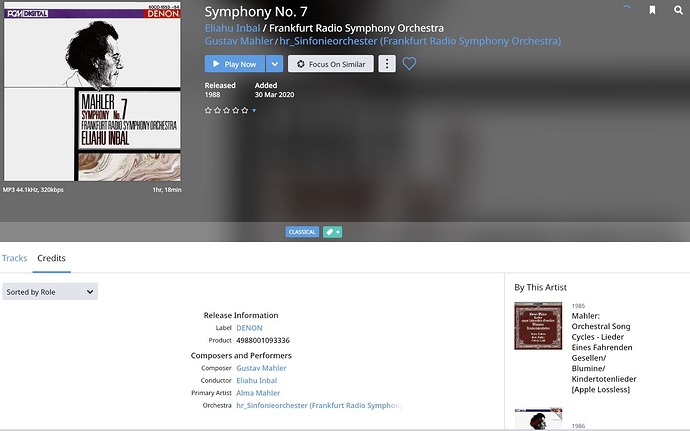 And here is the same album, which I have added to my library from Qobuz. No sign of Alma, and Roon knows about far more people involved in the production than shown in your screenshot. Clearly not nonsense, but I’m curious to know why you seem to be getting different credits from the rest of us. 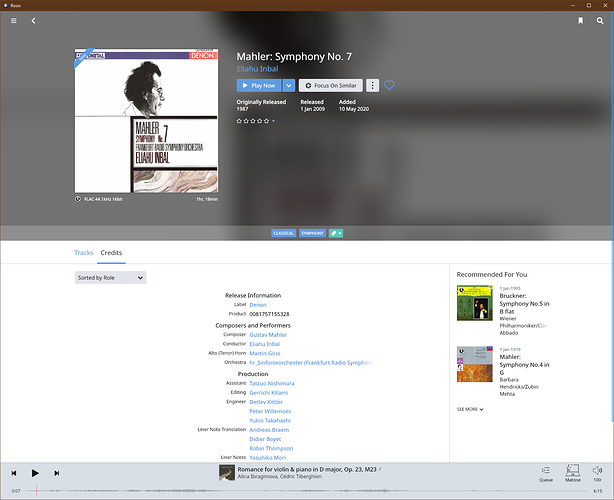 Geoff - I see no point in continuing this thread. The facts are that in the case of my ALAC file (ripped from a CD with very comprehensive correct credits added by me manually into iTunes several years ago) when imported by ROON showed up with ridiculous incorrect credits and a picture of Alma Mahler as the primary artist. In your case ROON seems to have been kinder to the Qobuz file. My point about “nonsense” was simply about attributing a Gustav Mahler symphony to his wife. The same egregious error occurred with most of my ripped Mahler files. I guess the moral is that ROON is good but far from perfect - and is likely to require some ongoing degree of manual correction of credits.

I’d be happy to look into this further with you, I’m sure we can get to the bottom of why this is occurring. As we mentioned, this bad data doesn’t appear to be coming from our metadata sources, so we need to understand where the data is coming from. A good place to start is the Import Settings I mentioned above — Understanding whether Roon is preferring to show Roon data or file tag data will definitely help.

I’d also like to take a closer look at the Symphony No. 7 album you shared above — Can you zip up that album folder and send it to us here? We’ll give things a go in our QA labs which should help us better understand what you’re experiencing.

Thanks Dylan. Here are screen shots of the import settings. Also a screen shot of the file properties of (1) the track 1 raw file (original iTunes rip) and (2) the exported (album folder) track 1 Roon version of the file. I will see if I can send the full zipped album folder separately. 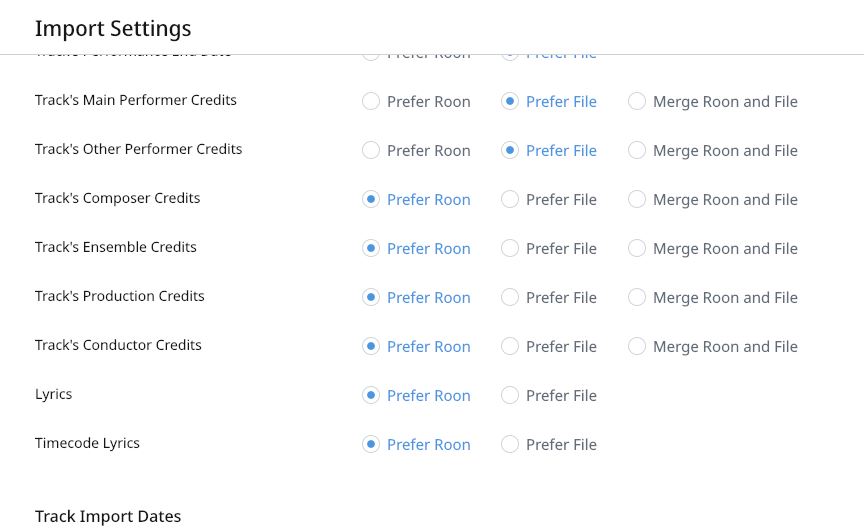 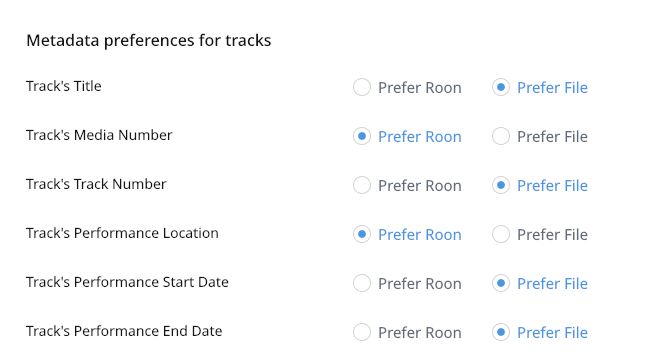 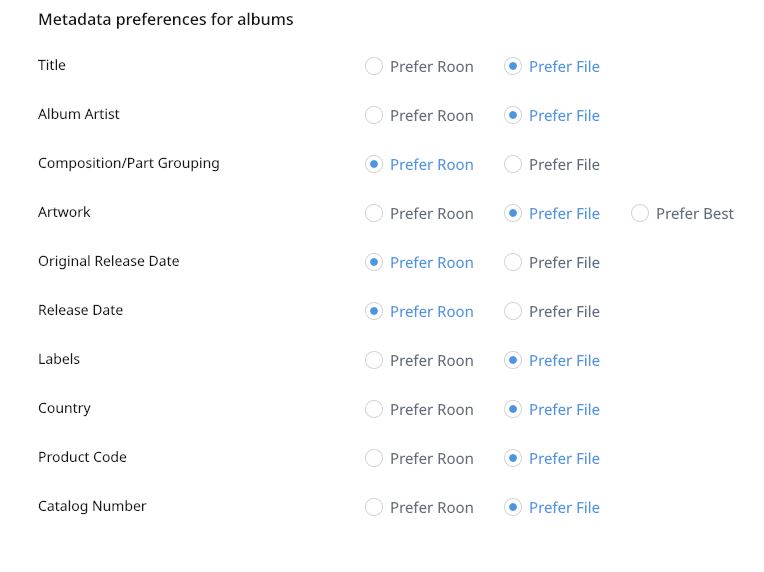 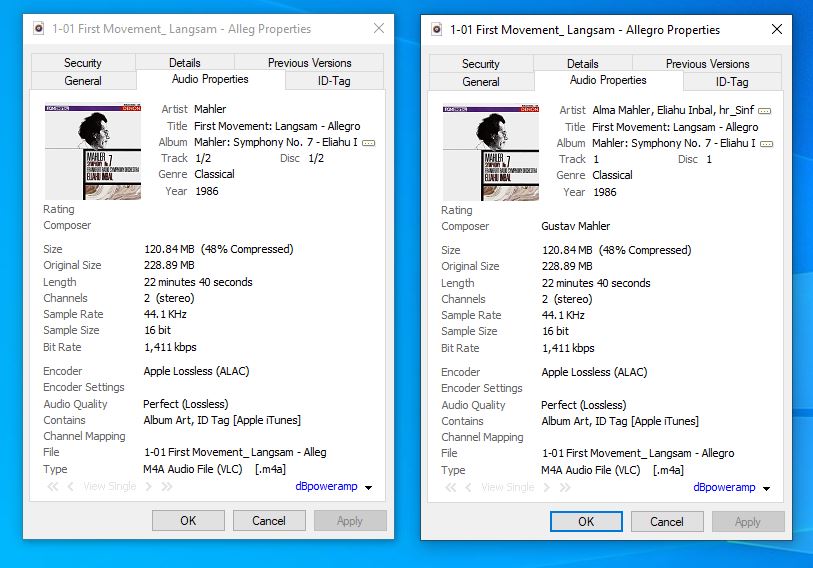 If you change just Mahler in your tags to Gustav Mahler is there any change?

I cannot tell. I have changed everything manually by un-clicking the tick boxes for Alma - or removing them in some other way. I think there is only one remaining Mahler album where I cannot find a way to remove Alma as a performer - but I don’t use it - I have hidden it. When I searched for Alma Mahler I was amazed at how many albums were erroneously associated with her (only 2 were really valid). But they are all un-associated now - except one. I will try your suggestion for the remaining one. Metadata databases seem to have a problem with family members of composers (e.g. Bach & Mahler) - I guess data input people are understandably careless.