I have an album in my library that includes a featured artist as albumartist.

To add to my confusion, I have an album where one of the featured artists is listed as primary, while the other one is not.

Any idea why Bun B does not show up under “primary artist links”?

From AllMusic, gonna guess Bun B is a Featured Artist: 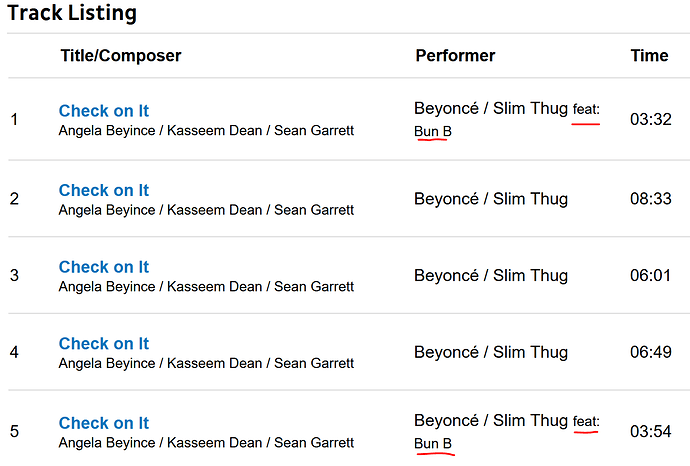 now that I think of it, it probably has to do with Pay Scale, the Featured artist gets some billing and a few bucks, the primary artists get the big bucks, perhaps Roon needs to work in Featured Artitsts

The odd part is that both Slim Thug and Bun B are listed as primary artist under “credits”, while only Slim Thug shows as in the “primary artist” row. And on the artist covers, both show as “featured”. So, not clear why this is the outcome with Roon.