Michal at Mytek Audio in New York is looking for a programmer who maybe interested in helping us incorporate and polish this idea of Mike’s in our new hardware Music Streamer propelled by Roon OS. Please email using general email at mytekdigital.com. Thank you

This is wildly inappropriate. I have already been contacted by Mytek Audio and I have already said “no”. My mind has not changed and if anything, this has ensured that my mind will never change.

UPDATE: In re-reading the previous comment, I realize it was looking for anyone one interested - not necessarily me. So I retract this comment, but I am keeping it here because of the following discussion.

@Mike_Plugge – It’s unclear what what you are saying “no” to.

If you are saying “no, I am not available for hire”, that’s cool, but I don’t think he was singling you out. I’m sure he’d be fine with any programmer that can fork your work. I don’t see anything in appropriate about that.

If you are saying “no, MyTek can’t use Roon Web Controller in their future projects”, then there is a problem. You’ve licensed and published that code in a manner that allows him to do exactly that, by law. You did this by attaching an MIT license to the project on Jun 2, 2017. Any revision on your github repo from that commit onward has been published publicly with that license. He (or anyone else) would be free to do as they want, within the terms of your published license.

If it was not your intention to do this, or to prevent such usage, I suggest you change that license immediately, and take down any historical code covered by the MIT license. Note that if he’s already downloaded that code, he’s good under that old license.

Mytek reached out to me via Facebook in order to hire me. That is what I said “no” to. In re-reading the comment here, I realize that they are reaching out to any developer for assistance - not necessarily me, so I no longer have an issue with the comment.

I hope this helps clarify things and thanks for reaching out to me.

@Michal_Jurewicz: Have you found a developer?

We looked at Mike Plugge code initially. But then after thorough consideration ultimately decided to hire paid programmers team and create our own commercial project that has become a platform for our new music streamers, under a working name of “Mytek OS”. This new software was written from scratch.

You can see the first stage release here: 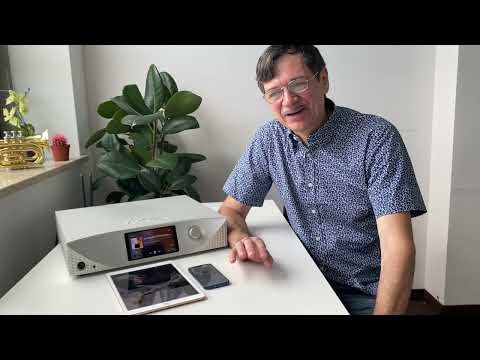