How to control size of album display?

Since I started with Roon, I’ve assumed that the album display screen could only display two rows of albums on my laptop’s screen. Then I booted Roon and was pleased to see 3 or 4 rows of albums. The next time I booted Roon it was back to 2 rows. How can I control this? I’d like to see more albums at a time.

@Essskay In settings you can configure for more albums in a view, I think it is under the ‘general’ tab, sorry I am not at home to confirm.

I tried that setting. I get only two rows of albums with either “yes” or “no.” Strangely, “no” results in smaller album covers, and more albums in a row.
-SK

Hello @Essskay, have you tried this:

I’m already in fullscreen mode. Roon won’t run on my screen any other way. As I said, “Allow for more covers and photos” actually displays more albums when set to no. But, except for the one time, I always get only two rows of albums.

For me it only changes the art-size (yes is bigger), not the amount of albums shown: 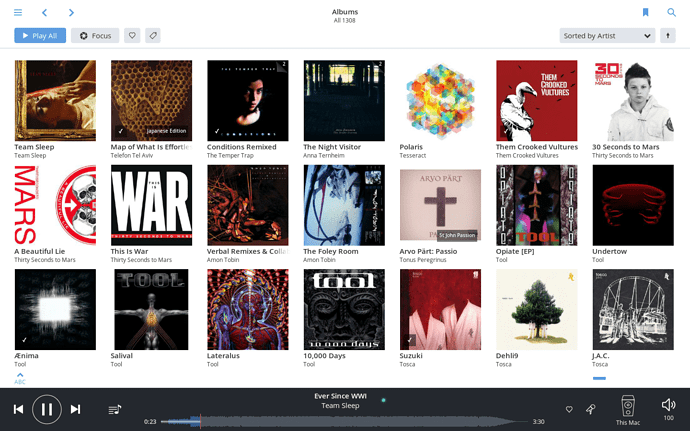 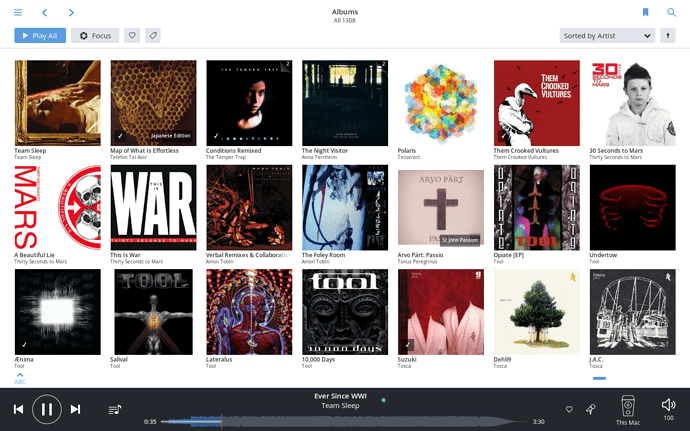 Well, now I’m a bit confused. Tell us more about your setup.

It’s a 15" Macbook (non-retina: 1440x900) as remote, running the latest update. My iPad does change amount of covers as expected (pretty sure it didn’t before but I just checked).

I can confirm this behavior on my 15" macbook pro retina running as a remote (latest version, but even in the version before it was like that). “allow for more covers” makes the covers slightly bigger … I get 7 by 3 covers either way …

So it turns out it’s a little complicated to fill an area with a grid of items while maintaining proper margins, spacing, aspect ratio, size, ect. Most apps don’t really do this because not a lot of browsers are page based so it doesn’t matter if items clip on the sides. However, since we wanted to have a page based browser, there are certain limitations we ran up against.

As to the issue at hand, “Allow for more covers and photos” really just let’s the covers be a little smaller. But sometimes (depending on screensize and aspect ratio) even if the covers are a little bit smaller there isn’t room for another column of albums. But since the text is also smaller when “Allow for more covers” is on, the result is that there is more room for the album art so it fills up the difference. 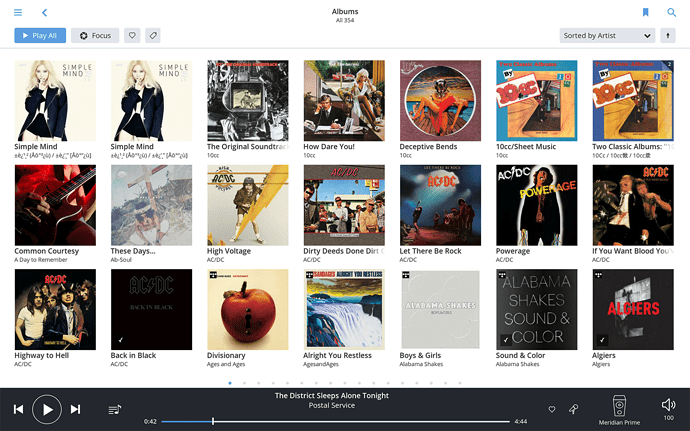 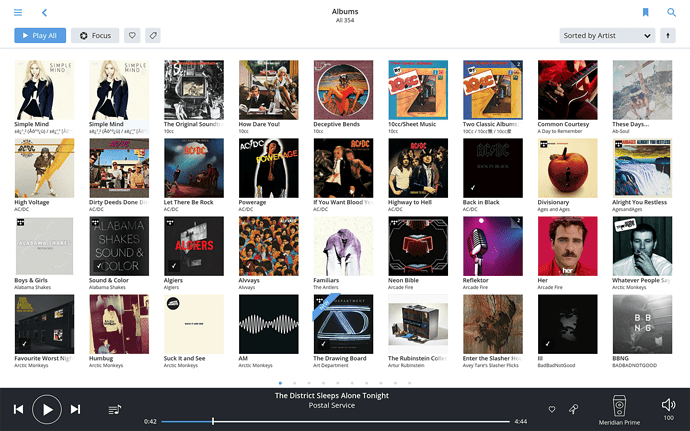 Thanks @Brian2 ,
Is that fix in the current build 65 or will it be in the next ?

It will be in the next build. I just did the fix today

Can we please make the album art smaller?

I tried “Allow more covers and photos” but it seems it does not do anything in this release?

“EDIT: I opened and closed a few different sections and now the cover art is smaller again…”