How to create an album with 500 songs

Hi, I downloaded the Rolling Stone 500 greatest songs of all time.
They are all in one folder in itunes, all with the same album name.
I guess because they are different artists, Roon thinks they are 500 different albums.
I tried searching for all of them, selecting all of them and doing the edit -> merge album, but when I search only a couple of dozen or so are shown so I’d have to do that many times.
Any fast way to tell Roon that it is just one album?
Thanks.

Does it have to be an album? Use it as a playlist perhaps as that is what it is really…

an idea, not nice but likely works

use a separate folder to be monitored in roon (nothing within your watched folder but something besides that) eg. a separate storage location.
if you got \server…\music\ use
\server…\music2\ for example
go to album>focus>inspector>storage locations
and select …\music2\ all alone
merge everything you then see into 1 album … done
get rid of the green “+ …/music2” tag and you should see everything incl. that 1 album.
hopefully

Thanks, but what I really want is when browsing my albums to see it once, not 500 times.

Any fast way to tell Roon that it is just one album?

I have several selfmade albums, not with 500, but up to 180 songs. To get it displayed as a single album, I did the following: Name the album with the identical album-name. Tag all songs with the same albumartist. And give all songs a number in ascending order. The first song gets the 1, the five hundred the number 500. There’s no problem if artists and song-name are different. Roon just sees a compilation. Also important: Give alle the songs the same time-stamp. I do this with a freeware called NewFileTime. Every song may also have a different album-cover. But Roon shows the single cover with the name “folder.jpg” in the folder ore the picture you give to the album.

I tag all my songs with MP3TAG. This is a german program made by Florian Heidenreich and it’s freeware. And I think it’s one of the best tag editor. There is no easyer way to tag hundreds of songs with less effort. And no fear: You can choose of about 50 languages.

Here’s an example of my albums called “Top Hits” in the mp3tag view. 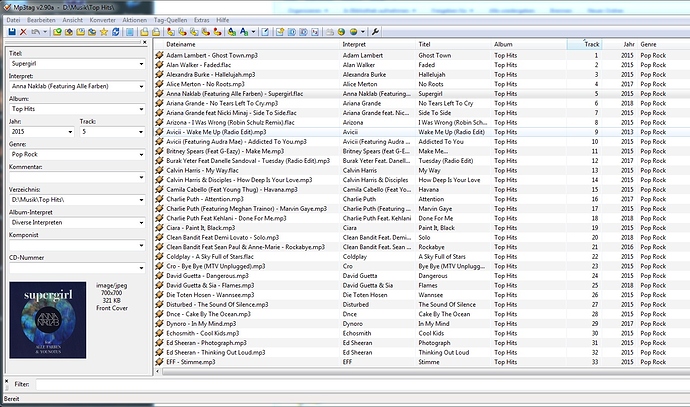 And that’s what the album looks like in Roon. 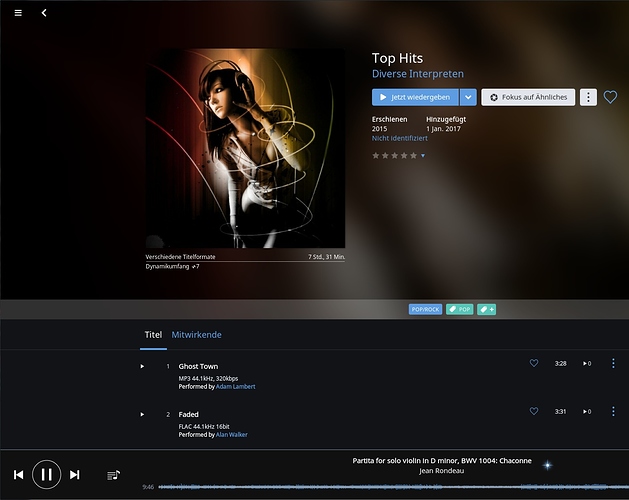 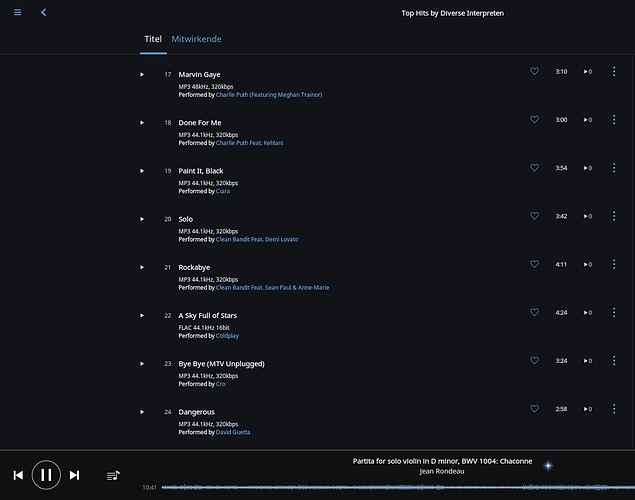 Any fast way to tell Roon that it is just one album?

I think there is a limit on the number of tracks viewable in the album screen, ~180 I think. Lets page @dylan for more info

Thanks for sharing your observation with us, @Tatifan. Currently the album screen is limited to 180 tracks which is why you’re not able to see them all here. I’ve passed your report along to the team and they’re going to look into this further, but for now there is no way around the limit. Thanks again for letting us know, we always appreciate the feedback! Kind regards, Dylan