One (seemingly) basic thing I’d like is to set up a list of artists, and be notified when one of them releases new music. Ideally I’d just see a long list of the most recent releases from those artists.

Does anybody have a good way of doing this, with or without Roon? There are several threads over the years asking for this sort of thing in Roon, so I’m thinking this would need to be some other service. Spotify has “Release Radar” which is pretty close to this sort of thing, but still shows a bunch of stuff I’m not interested in.

I think this would be a neat feature to have in Roon, although not entirely sure how it would be implemented.

So many ways of finding out about and keeping track of new releases. I am on quite a few artists’ email lists so get updates of releases, tours, etc. Bandcamp is also great as if you’ve bought stuff from an artist you get updates from them - also many of the labels with stuff on Bandcamp do a good job of suggesting similar artists. I check on Tidal’s new releases page every Friday, and follow a bunch of music-related websites and some other forums. The various “What are we playing now” threads on here are also great for discovering new stuff. I keep track of all upcoming releases in MacOS Notes. I’m sure I miss lots of stuff I’d be interested in, but TBH I hardly have time to listen to all the stuff I already have!

I just found that Tidal has a “Feed”, provided by the bell in the top-right corner, that shows new releases from favorite artists. It appears to update within a minute or so after adding / removing artists to the favorite artists page. So the basic answer for me is, use Tidal!

But I will leave the rest of the post in case it’s useful to others.

edit: It does seem to be missing some releases, unfortunately. Those releases do exist in Tidal and show the correct release date, so I’m not sure why they wouldn’t show up in the feed.

So here’s some things I found:

Basically, it seems like it’s helpful to keep a list of favorited artists in Spotify. There are some options then for tracking new releases and getting them into Qobuz / TIDAL:

So… it’s a bit convoluted, but possible.

Rate Your Music can notify you on your home page of upcoming releases, a month in advance, for artists you have cataloged/rated: 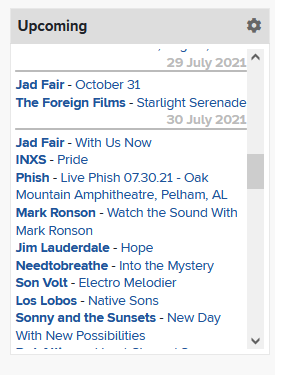 From there you can click on the settings cog to control which artists you actually want to keep updated on: 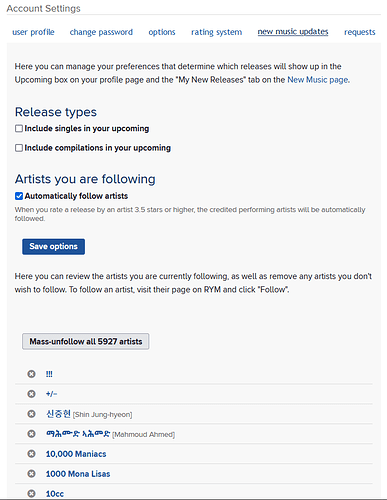 Rate Your Music can notify you on your home page of upcoming releases, a month in advance, for artists you have cataloged/rated

Interesting site, thanks for sharing that.

It appears that the database is all community-generated, so it’s hit-or-miss whether a release will actually appear there.

Example: They have the new Sub Focus release from 7/30, but not the Julia Michaels from 7/23.

Roon has a Songkick link on artists pages which is useful for seeing if they are touring. Would be good to get notifications from that.

I’ve been using this since it came out.

Really great with Apple Music. Kind of essential (for me).

Both new and upcoming releases from all artists in your Apple Music library.

This and some great playlists that get updated weekly with new recommendations, means I’m getting more great new music thrown at me, than I have time to listen to ! First world problems.

You are correct @PatMaddox . A contributer has to add an upcoming release for it to appear in your Upcoming list. 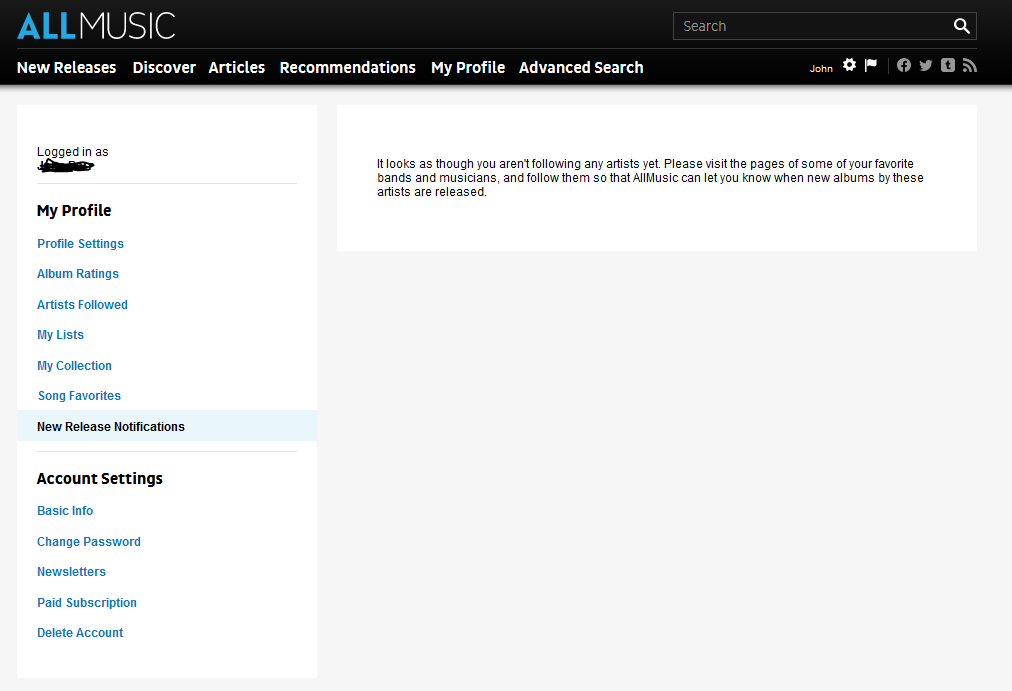