How to remove associated album art?

I added the wrong album art (rear cover) to an album in Roon. When I delete the artwork from the folder, it seems to stay in Roon. I tried “re-scan album” but it’s still there. How can I get rid of it?

Strange behaviour - if I pick the “wrong” art in Roon and click “set as album cover”, then the album cover is set to a different image. If I then select the real album cover, this appears as the cover but the wrong image reappears also.

With the album displayed, click the 3 dot menu, select Edit > Edit Album. Scroll down a bit, and choose your preferred artwork; that supplied by the music file, or Roon, which may or not be different. 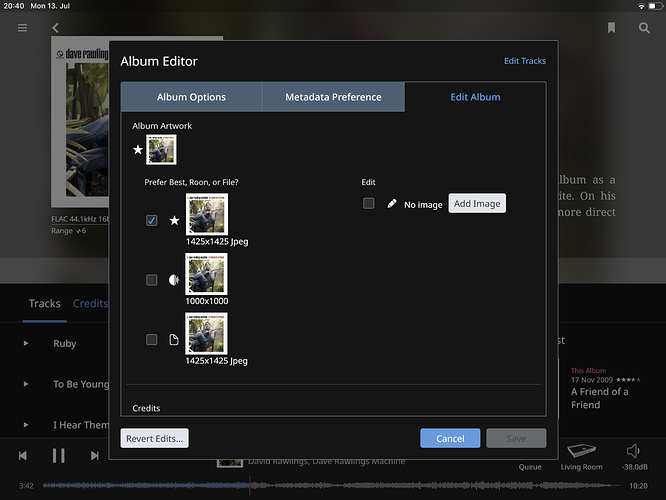 Thanks for your reply Mike but I’m not sure that you read the question properly (or else I was unclear, which is equally if not more so likely).

The front cover is not the issue - it’s the rear cover that I’m having the problem with, and only the front covers appear in the album editor (I don’t know why the other folder images don’t appear there).

My apologies, i missed the “rear cover” bit… For “changes” to be recognized by the remote app, you may have to clear caches: Settings > Setup 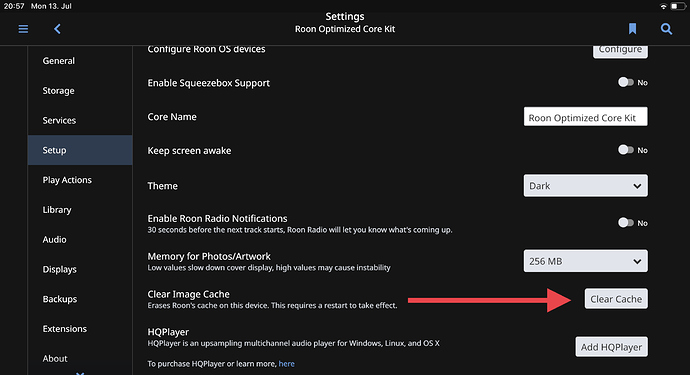 Do I have to do that every time I edit a non-front album art in Roon? It took a while to build up the cache of all my images.

Adding and deleting gets picked up, changing a file (keeping the same filename) less so.

Did clearing the cache resolve the issue? Does rebooting the app also allow Roon to pick up the changes?

@noris It seemed to work initially, but I just edited the album art for another album and it’s keeping a deleted image, even after cache clear. I had to muck about with the images (set a different one as the album cover) for it to disappear.

Just a though - could it be an issue with the way the remote (PC) connects to the core (Roon server) or the music (on a NAS)?

Just a though - could it be an issue with the way the remote (PC) connects to the core (Roon server) or the music (on a NAS)?

If you use another Roon Remote, do the updated covers appear there?