Some of the DACs that get Jussi’s highest recommendations are RME ADI-2 DAC/Pro (AKM chip), Holo Audio Spring/May and T+A’s range.

With those DACs, HQPlayer can do all the DSP to output DSD and the DACs just convert DSD directly to analogue.

If anyone here is looking to try an affordable DSD DAC that just converts DSD direct to analogue (bypassing even modulator), the new iFi range is nice.

Jussi has added a couple to his website (Gryphon and Neo iDSD) and I’ve been measuring Zen DAC Signature V2 and discussing my results with Jussi and the measurements are similar for all those 3. They 3 differ a lot more on features. Performance is mostly similar. And nice !

The Zen DAC Sig V2 is the cheapest of those 3 and only has USB input and both unbalanced and balanced outputs. There’s both variable and fixed outputs - the latter bypasses volume control. Pretty clean measurements all around.

There’s lots of great ESS based DACs of course and even AKM based that don’t allow ‘DSD Direct mode’.

But if you really wanted to try proper DSD to analogue conversion, with HQPlayer literally doing all the DSP, and you didn’t have a budget yet for RME ADI-2 DAC/Pro (AKM) or Holo Audio or T+A DACs, I can easily recommend the Zen DAC Signature V2 as a great starting point. 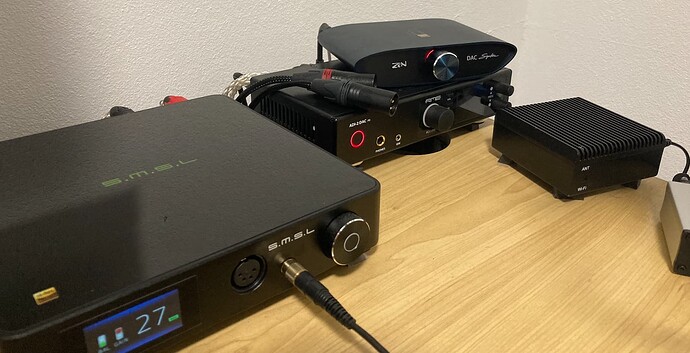 I should add I started my HQPlayer journey years ago with the iFi micro iDSD.

It was very popular with HQPlayer at that time. Since those years, I think most of those people have moved onto Holo Audio DACs

So I was keen to check out iFi’s new range to see performance after all these years.

I could very easily keep it as my main for headphones use (I have RME ADI-2, Chord Hugo2 and Merging Anubis also, in various different setups).

I thought I’d start this thread for any other DACs that also convert DSD direct to analogue.

Let us know what you’re using !

How about showing the results, please?

But here are some. The real measurements are probably better than this in reality, due to my ADC.

Not state of the art… but not bad.

Thanks a lot!
I also checked out Stereophile, and the results are very nice indeed.
The ZenCan isn’t a slouch either…

I only wish ZenCan employed a better volume control. My headphones are all sensitive so channel imbalance an issue.

Jussi’s iFi Gryphon and NEO have stepped attenuator volume control, so no issues with channel imbalance.

Thanks a lot!
I also checked out Stereophile , and the results are very nice indeed.

And regarding his Fig10 - when I take PCM44.1kHz 19.1kHz tone and upsample to DSD256 and put it through the iFi, the 25kHz image is gone. I’m not saying I could hear an image at 25kHz but moreso just cool to see it disappear

Just purchased SMSL D300 using Rohm DAC, if volume control is not functioning in DSD so the DAC suppose in Direct DSD mode? 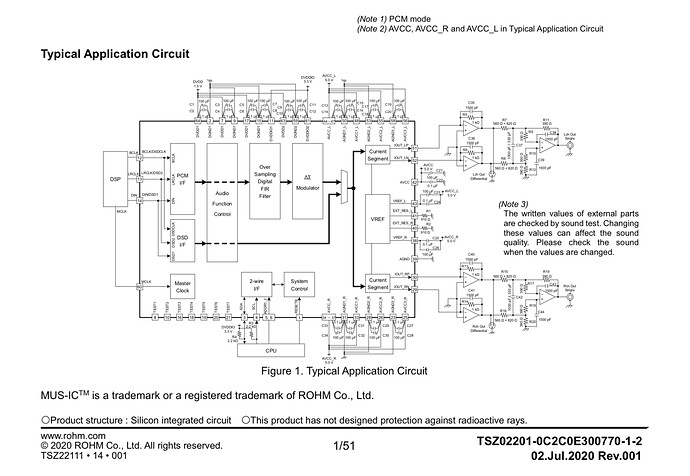 I have the same device. Yes, the Rohm chip is always in direct DSD. Similar to TI/BB DAC chips.